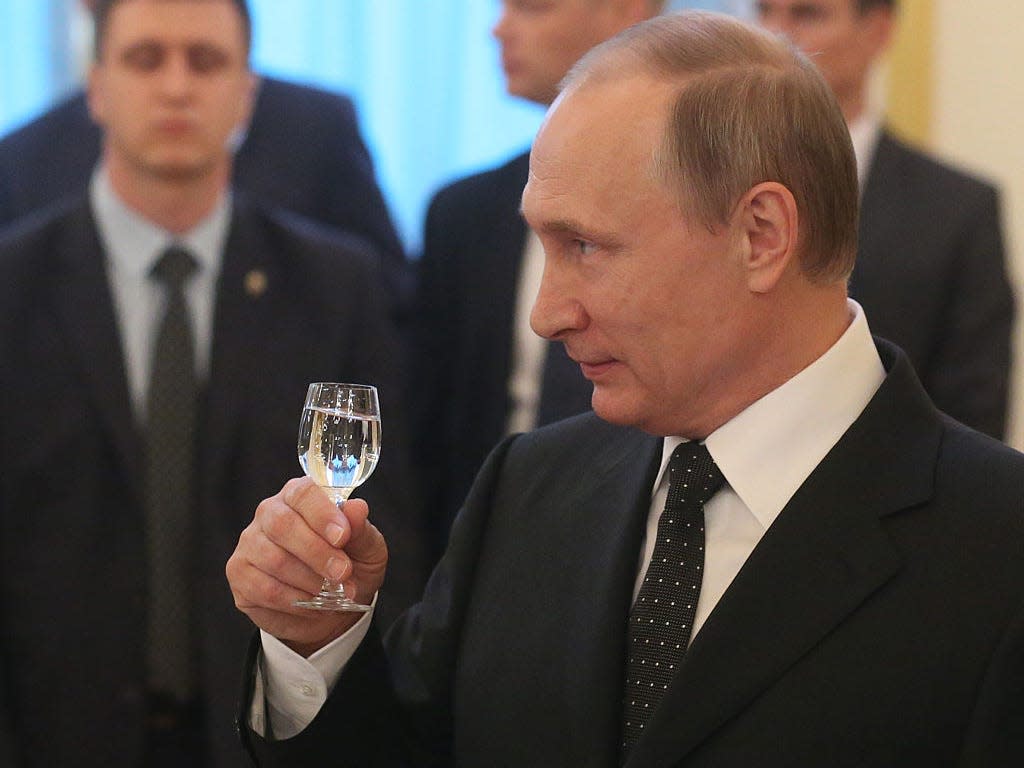 Even after the US and its allies have imposed sweeping sanctions on Russia, President Vladimir Putin’s administration has been able to service the country’s debts.

Investors have been closely watching Russia’s debt payments in anticipation of a default that could ripple through the country’s financial system and beyond. But Russia once again averted a default on Thursday when it sent $ 447 million in dollar bond payments processed by JPMorgan, sources told Bloomberg.

“There have been questions about the ability and willingness to pay on the part of the Russian government, but this is all happening within the context of sanctions,” Hassan Malik, an expert in the Russian finance system and a senior sovereign analyst at Boston- based investment management consultancy Loomis Sayles, told Insider.

Sanctions are hindering Russia’s foreign currency debt payments, as they need to go through international intermediaries. The Kremlin has on at least two occasions accused the West of trying to engineer an “artificial default” with those sanctions.

“The fact is that from the very beginning we have said that Russia has all the necessary funds and potential to prevent a default – there can be no defaults,” Kremlin spokesman Dmitry Peskov said on March 17, per Reuters. “Any default that could arise would have an entirely artificial character.”

Russia has so far been able to meet all its debt obligations, and it could be because a default event would matter more to the country than it would the rest of the world.

The impact on the world’s financial systems would be limited, as Russia does not have extensive financial links globally, Insider’s Harry Robertson reported in March.

The country’s foreign debts are also pretty low, said Malik. Russia owed $ 39 billion through foreign currency bonds at the end of 2021, per JPMorgan estimates. In comparison, Greece defaulted on 205.6 billion euros ($ 277.5 billion) in sovereign debt in 2012.

But a default would hit Russia’s creditworthiness and “clearly make it difficult for the government to arrange financing from other sources,” Malik said.

So for the US and its allies, “part of the strategy could be to contribute to these financial dislocations that Russia is now suffering from as a consequence of the moves on Ukraine,” he added.

Russia has been able to service its dollar debt in part because the US Office of Foreign Assets Control Treasury Department on March 2 issued a temporary license permitting US persons to receive dividends and bond payments on Russian securities from the finance ministry, central bank, or national wealth fund.

That license is set to expire just after midnight on May 25, and Russia will still have about $ 2 billion worth of external sovereign bond payments to make before the end of 2022, according to Reuters.

Russia’s credit rating has been slashed to junk

Widespread condemnation of Russia’s war in Ukraine and sweeping sanctions have hit the country’s credit rating.

The Big Three credit rating agencies – S&P Global, Moody’s, and Fitch – have all slashed Russia’s credit rating to junk status. On March 23, research firm MSCI said 23 investors still believed there was a 50% chance of Russia defaulting on its debt in the next 12 months.

“They absolutely have the ability to pay,” said Warut, who has rated several Russian bonds in the past. However, he also said he is not running out to buy Russian bonds right now due to the risk from Putin’s unpredictable nature and the sheer amount of power he holds.

“Putin can do a lot of things,” Warut said, including directing authorities or companies not to pay their debts if sanctions gets too intense, or directing payments to be issued in rubles instead of dollars.

“There’s nothing you can do as a bondholder if the head of a country is against you,” he told Insider.