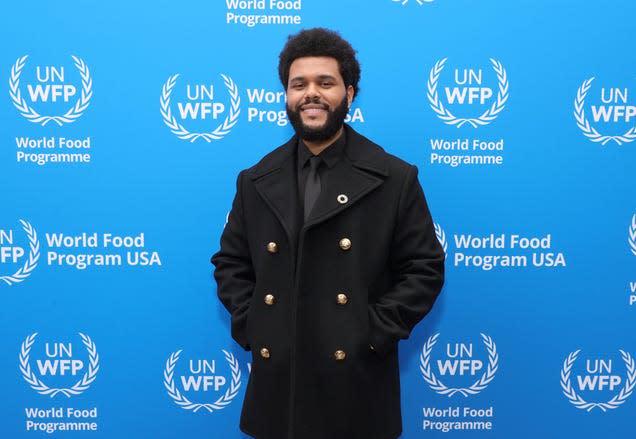 Coachella organizers are really going through it. After announcing Kanye West as the headliner for Sunday, April 17 and 24, they had to deal with his erratic demands, including a nonsensical request that Billie Eilish apologize to Travis Scott. Then his escalating harassment of ex-wife Kim Kardashian led to increasing cries from fans that he be removed. When the rapper himself decided to drop out of performing at the music festival, that left organizers with the difficult task of finding a last minute replacement.

Enter superstar The Weeknd to save the day.

The “Can’t Feel My Face” singer will take the stage alongside house music legends Swedish House Mafia, However, Page Six reports, before things were made official on Wednesday, negotiations hit a snag when festival owner Phil Anschutz wanted to pay The Weeknd less than the $ 8.5 million Kanye was set to receive. So, you’re the one in a bind, but you still had time to try and be cute about the money?

Obviously, this did not go over well with The Idol star / creator, so he threatened to pull out of his set on an hour’s notice if he wasn’t paid the same amount as the “Gold Digger” rapper. Page Six’s sources said, “Finally, on Wednesday — faced with the prospect of a second headline act pulling out of Coachella at the last minute — Anschutz’s company caved and agreed to pay The Weeknd the same money.”

First of all we need to talk about why you would even try to pay The Weekend less? He’s an award-winning, multi-platinum artist who puts on memorable, water cooler performances every time he takes the stage. Sure the Tampa Bay Buccaneers won Super Bowl LV, but it’s his halftime show that we’m still talking about. Never once have you seen The Weeknd perform and thought, “That was just meh.” Whether you love it or hate it, you always have some sort of feelings about it when he’s done.

I may be in the minority, but personally I think Coachella got an upgrade with The Weeknd and the very least they can do is pay him the same they were willing to pay Kanye, whose shows are not nearly the experiences of the “Blinding Lights” singer.

Oh no, “Blinding Lights” is stuck in my head again.

The Coachella Valley Music and Arts Festival takes place at the Empire Polo Club in Indio, CA on April 15-17 and 22-24 and will be livestreamed on youtube.com/coachella beginning April 15 and 22 at 7 pm ET / 4 pm PT .