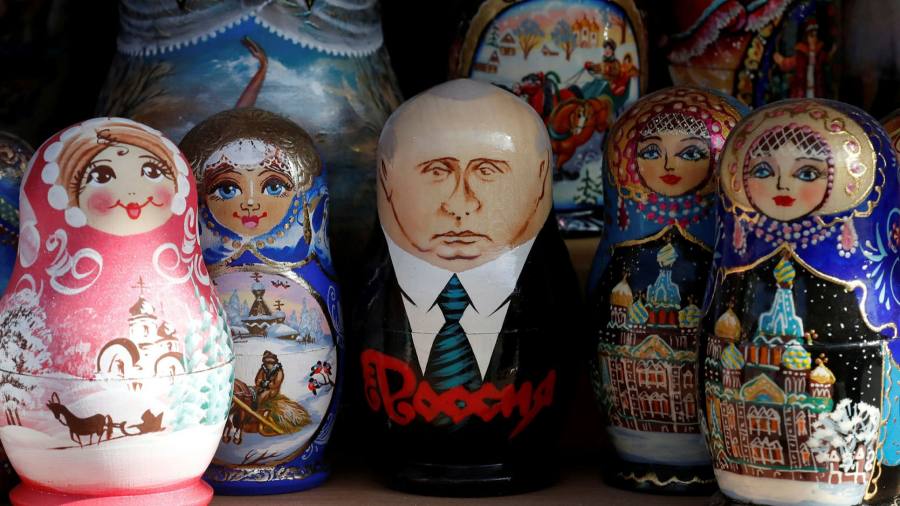 US Deputy Treasury Secretary Wally Adeyemo toured Europe last month on a drive to strengthen EU sanctions and bolster asset-freezing measures against Vladimir Putin and his nomenclature. His message to Moscow’s enablers was clear: “to anyone who may be in a position to help Russia take advantage and evade our sanctions. . . we will come and we will find you, ”he warned. But even in the face of unprecedented economic pressure, much of Putin’s financial network remains functional.

Financial punishment, no matter how extensive, will not achieve our objectives unless it targets Putin himself. The US and its allies need a financial warfare strategy that goes beyond sanctions, using all the levers of state to put the Russian president’s “palace economy” out of business.

The primary focus of this campaign should be the corporate infrastructure surrounding Putin’s personal piggy bank, Bank Rossiya, which was first hit by Washington sanctions in 2014 over its links to Kremlin officials. The US is already upping the financial ante against Bank Rossiya’s networks, its shareholders, and partners – yet the bank lives on, and through it, Putin’s ability to move money around the world.

The Russian president’s finances are like a Matryoshka doll: overseas funds are nested within Bank Rossiya’s complex system of beneficially-owned holding companies and myriad minority-owned corporate fronts in countries such as Cyprus and the Netherlands, which act as non-bank financial remitters. To push Bank Rossiya to the brink and impair Putin’s own finances, these corporate relationships must be attacked – not only with sanctions but also via clandestine financial, intelligence and cyber operations.

For example, one of Bank Rossiya’s most infamous fronts, Cyprus-based Telcrest Investments Limited, is linked to individuals under sanction within Putin’s inner circle, including Rossiya chair Yuri Kovalchuk. Yet inexplicably, Telcrest has not been designated by the US Treasury, nor has its Dutch sister company ABR Investment. This is despite ABR’s parent and 100 per cent owner ABROS having been under sanction since 2014 for its central position on the Rossiya network. The question is why not.

Treasury lawyers may reason that since Bank Rossiya technically owns only a minority stake in Telcrest, it is not eligible for sanctions. This exposes the Achilles heel of the US sanctions strategy: the Office of Foreign Assets Control’s (Ofac) “50 per cent rule”, which holds that an entity that is controlled but not more than half-owned by one or more blocked persons is not itself automatically blocked. During my three decades leading financial pressure campaigns in the US government, almost every bank and network under sanction that I dealt with shielded itself from the full impact of these curbs by employing interlocking minority ownership interests and beneficial ownership structures via proxies and partners to evade this threshold. Then, as now, we were fighting with one arm tied behind our backs.

If we want to sharpen our financial war fighting capabilities, the 50 per cent rule should be abolished immediately. Moreover, Ofac should publicly identify the affiliated and subsidiary entities so that banks know who to target and European and Asian allies know which assets to freeze and seize.

Another self-limiting factor has been Washington’s reluctance to deploy the most feared illicit finance network-busting tool: Section 311 of the USA Patriot Act. This allows the Treasury to designate a financial institution as a “primary money-laundering concern”, and has repeatedly been used to sever banks from the US financial system. Given the dollar’s global primacy, this effectively paralyzes the US targets of money-laundering activity.

Bank Rossiya should be designated under Section 311, as should Cypriot banks serving its network. Cyprus can either co-operate or face the financial isolation felt by Latvia after its leading bank, ABLV, was hit by Section 311 four years ago for laundering money for Russia, North Korea, and multiple international criminal organizations.

Finally, despite European opposition, the US needs to impose sanctions on Putin’s biggest money makers: Gazprom, Gazprombank, and Rosneft. Putin profiting on rising oil and natural gas prices makes a mockery of our strategy to impose decisive costs on his regime for its war in Ukraine.

US-Russia sanctions are important, but will only work as one element in a comprehensive hybrid warfare strategy. This should have a singular aim: to strangle Putin financially and lay the groundwork so internal opponents can depose him.