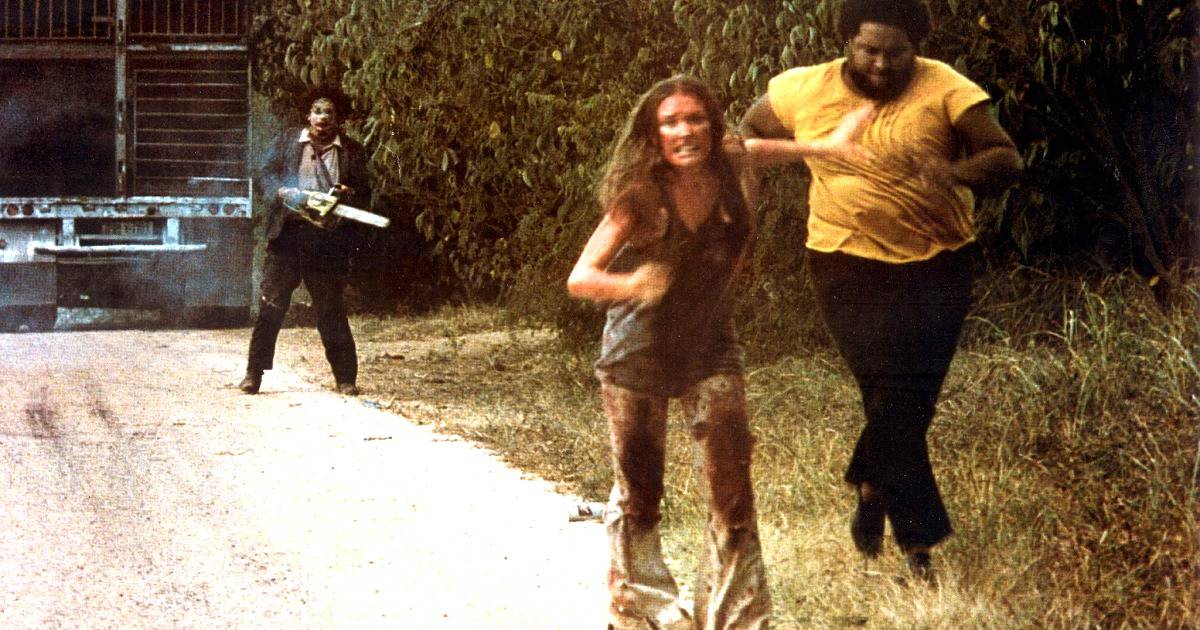 Dark Sky Films has announced that they will be giving the 1974 classic The Texas Chainsaw Massacre (watch it HERE) a 4K UHD release on February 28, 2023! There will be two versions of the director-approved 4K restoration available, a regular edition and a steelbook edition, and you can take a look at the artwork at the bottom of this article.

Directed by Tobe Hooper from a script he wrote with Kim Henkel, The Texas Chainsaw Massacre has the following synopsis: When Sally hears that her grandfather’s grave may have been vandalized, she and her paraplegic brother, Franklin, set out with their friends to investigate. After a detour to their family’s old farmhouse, they discover a group of crazed, murderous outcasts living next door. As the group is attacked one by one by the chainsaw-wielding Leatherface, who wears a mask of human skin, the survivors must do everything they can to escape.

Both editions of the Texas Chainsaw Massacre 4K UHD release will come with a bonus disc that will be packed with extra features. Here’s the line-up:

Disc 2, a Blu-ray, contains the new, never-before-seen feature-length documentary The Legacy of The Texas Chain Saw Massacre and several featurettes. These include “The Cinefamily Presents FRIEDKIN/HOOPER,” a conversation about the film between Tobe Hooper and The Exorcist director William Friedkin; “The Texas Chainsaw Massacre: The Shocking Truth”; “Flesh Wounds: Seven Stories of the Saw”; a tour of the TCSM house with Gunnar Hansen; “Off the Hook with Teri McMinn”; and “The Business of Chain Saw: An Interview with Production Manager Ron Bozman.” Filling out the generous package are deleted scenes and outtakes, a blooper reel, trailers, vintage TV and radio spots, and much more to thrill fans old and new.

The Texas Chainsaw Massacre is one of my all-time favorite films, so I’m glad to hear it’s getting a 4K UHD special edition release… despite the fact that I don’t have 4K capabilities, so there’s no point in me picking up a copy of this release. I’m glad the fans who can watch stuff in 4K will be able to watch Chainsaw in it.

Are you a fan of The Texas Chainsaw Massacre, and will you be buying a copy of this 4K UHD release? Let us know by leaving a comment below.