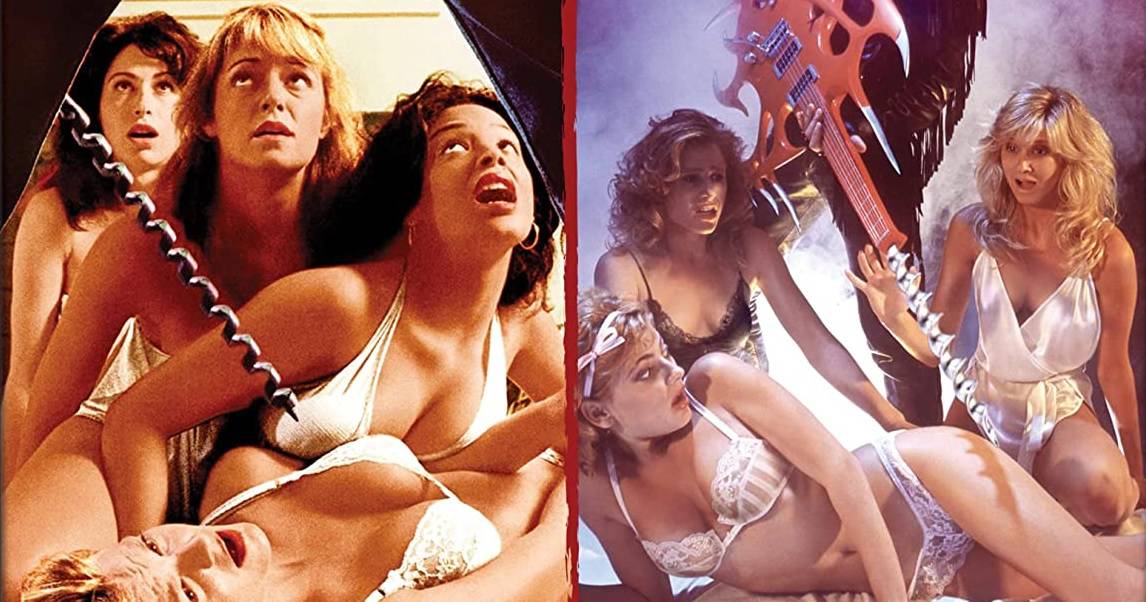 Scream Factory has announced that they will be giving the 1982 slasher classic The Slumber Party Massacre (watch it HERE) and its bonkers 1987 sequel Slumber Party Massacre II (watch that one HERE) – which I enjoy even more than the first movie – a double feature 4K UHD release on February 21st. And copies are already available for pre-order at THIS LINK!

Directed by Amy Holden Jones from a screenplay by Rita Mae Brown, The Slumber Party Massacre has the following synopsis: When Trish decides to invite her high school girls’ basketball teammates over for a slumber party, she has no idea the night is going to end with an unexpected guest – an escaped mental patient and his portable power drill – crashing the party.

Written and directed by Deborah Brock, Slumber Party Massacre II has the following synopsis: Courtney is tormented by dreams of the infamous Driller Killer returning to wreak havoc … only to find that (bad) dreams really do come true when the murderous monster is reincarnated as an evil rocker.


How to keep your Amazon gift purchases a secret