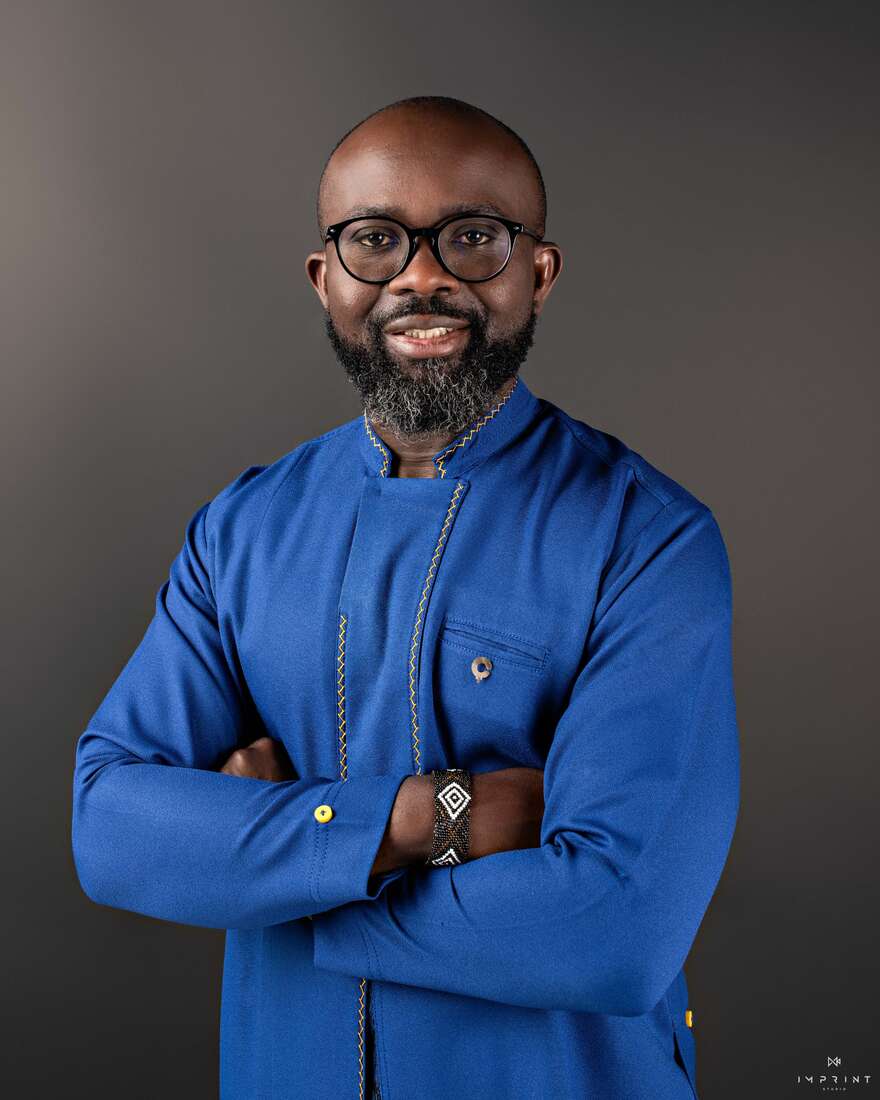 You will not be blamed for not knowing who Isaac Kwaku Fokuo Jnr is or the things he cares about.

Like music, or Botho Emerging Markets Group, an investment and strategy advisory firm that he founded with offices in Nairobi, Dubai, and Chicago. Or that his day job involves advising governments, investors and multinational companies.

He is also the 2014 Archbishop Desmond Tutu Fellow, a trustee of Hanover College, and serves on the boards of Axis Human Capital Group and The Boardroom Africa.

JACKSON BIKO also learnt in a recent interview that Isaac hates the talk about corruption in Africa. He speaks very fast, like a train off the rail and hurtling down a crevice. For a reason.

Have you always spoken so fast and who speaks so fast in your family?

Well, my sister and I. I used to stutter when I was a child. I was a bad stammerer. I endured a lot of bullying as a result. To get over stuttering, I sped up my speech pattern to avoid thinking about it because the slower I talked the more likely I lost air and more likely I stammered.

But over the years, this is probably the slowest I’ve spoken in my life. Because I’m much more conscious of it now, and when I find myself talking fast, I intentionally slow down. But it is difficult.

Has this fast-speaking helped you in business?

I do not know if it has. But I think in school it did because people assume that guys who talk fast are smart. [Laughs] Sometimes when you speak fast there’s a perception that you know what you’re talking about. However, I think talking fast actually hurts me.

The burden is on the speaker not the listener, right? Usually, I do not think it’s a good thing because people do not have the time to digest what you’re saying if you do not say it well the first time around. And I’m conscious of that.

What do you care about the most at this moment in your life?

Education. Because of Covid-19, some African countries closed schools for a year or so while others did online learning. If you were rich in Accra or Nairobi and your children were in a private school you probably got some semblance of online education.

My stepmother, my father’s new wife, is a director of education in a district in Ghana. I think about the children in her schools who did not have access to the Internet to study online.

They are lagging behind in education. I wonder, in the next 10 years, what the next generation of educated Africans is going to be like, how Covid has affected their lives.

What do you care less about now?

Conversations about corruption in Africa. [Laughs]. I’m not saying we should be corrupt, but I feel like this discourse around Africa and corruption overlays every single thing we do. We do not seem to pound through that Africa corruption wall, because everything comes back to that.

I just wish we could stop talking about corruption all the time because the more we have the power of having conversations about economies, governments, and things that are working, even if it’s one thing, the quicker we will start shining light on the darker side and the darker side will slowly disappear.

It will not go away 100 percent but at least it would brighten the conversation.

What’s working in your life right now? Forget about work.

Discipline. Over the last year and a half, I’m learning to narrow my scope and not do every single thing I think is exciting. I’ve learned that you can not do everything well if you’re all over the place.

I’m running more. I’m healthy. I’m reflecting more. I am doing a lot of meditation. Being focused makes me happy.

How do you stay relevant as a man? Why are you occupying the space on earth when somebody else could have occupied the same space?

There are days when I feel like nothing matters. I grew up Christian, and I believe that to whom much is given much is expected. Now, the difference is that I do not believe that some people in this life are supposed to save other people. I do believe that my responsibility is to do my part and do it well.

But this idea that I am a leader who is going to turn a city to become great or whatever is a bit of a fallacy and narcissistic. We’ve seen African leaders who are saviors. But that’s not what I want to be about. If that makes any sense.

What’s the last thing that you heard that knocked you off of your feet?

You know Killer Mike, the rapper in the US? He said that black people do not honor black gangsters. He makes a point. The idea of ​​a gangster shifts depending on who is talking.

In Africa, we demonize the guy in our neighborhood or in the slum who’s trying to hustle his way through life to make a living. We do not give our gangsters enough credit. We have this whitewashed idea of ​​what prosperity in Africa looks like; that it must be full of integrity, ethics, that you can not do anything wrong, you have to sacrifice, go to church or mosque and you’re perfect.

Life is not like that. Life is messy. That saying by Killer Mike that black people need to do more to honor their gangsters, is very instructive these days. We put so much burden on ourselves yet the people who make us feel that way do not live like that. Why do we do that to ourselves?

Talking about good people, when was the last time you were not a good person?

What’s been the most challenging season of your life?

When my mom died. I’m an only son, I have three sisters. My mom died young. She was 62. And my uncle died just before her, and another year or two later, another guy I called my brother. He was 47.

Back to this religion thing, I do not think God ordained us to die young. I think our stupidity, lack of medical care, lack of being thorough, failure to take care of our ecosystems create these situations.

Do you fear death?

I’m married with three children; 14, 12 and 11 years old. I want to enjoy these moments. I do fear death because I feel like I will miss music. I really love life. I love music. I love being around people. I love laughing.

And I’m guessing, there’s a better place out there somewhere but I do not know what the place looks like. So until then, I want to absolve every single muscle of what this life is. There’s so much beauty in this world.

I just want to experience it.