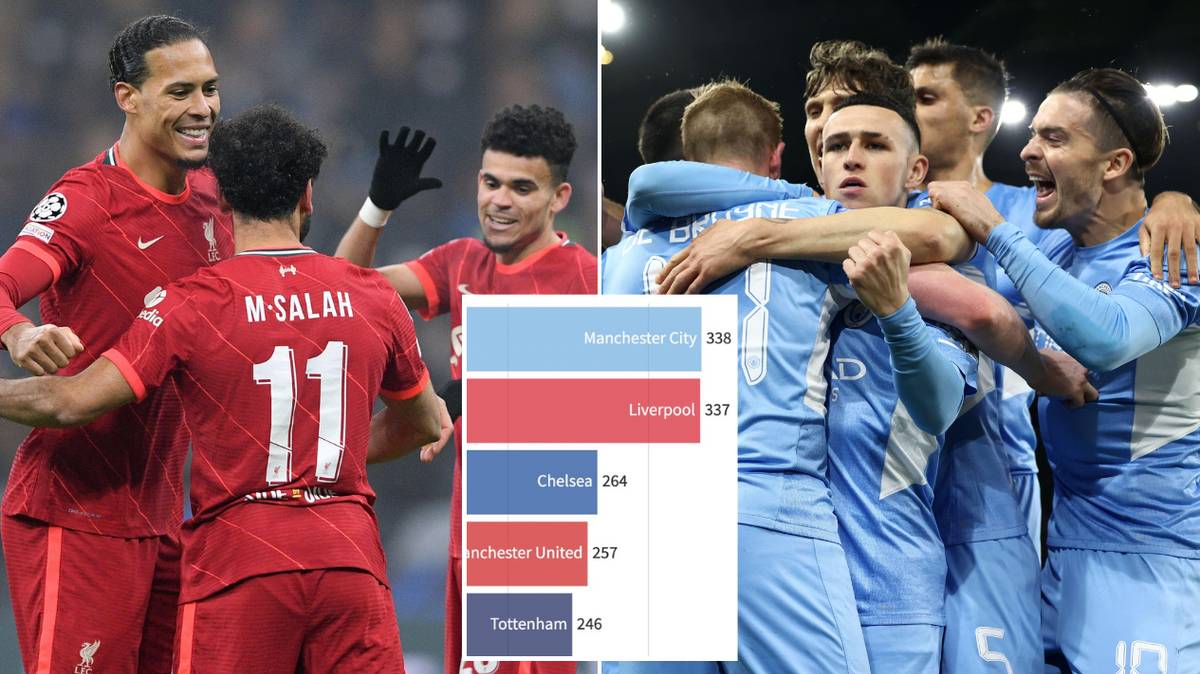 Manchester City will host Liverpool this Sunday in mouth-watering clash at the Etihad, which could have a huge influence on the destination of the Premier League title this season.

City are just one point ahead of Liverpool at the top of the table with eight games remaining in the campaign.

Since Pep Guardiola arrived in English football in 2016, Liverpool have been City’s most consistent challengers for silverware.

In fact, over the course of the last four seasons, the two sides have picked up nearly an identical number of points in the Premier League.

The four-year table highlights the dominance of the two clubs, with Chelsea third on the list with 264 points from 143 matches played.

Despite their struggles this season, Manchester United are fourth with 257 points from their 144 games.

Liverpool and City will also meet in the semi-finals of the FA Cup on April 16, while both teams are in a strong position to qualify for the last four of the Champions League.

Liverpool beat Benfica 3-1 away from home in the first leg of their quarter-final on Tuesday, while City beat Atletico Madrid 1-0 at the Etihad.

Former Reds defender Jamie Carragher believes the current rivalry between Liverpool and City is the greatest in English football history, at least in terms of the quality of the two teams involved.

“They are among the best teams to ever play in English football, guided by legendary coaches, who are well ahead of everyone else in this country.

“That is a bit simplistic. Liverpool are well-tuned at keeping possession, and City expertly drilled to get it back, but there is a style contrast which makes it one of the most tactically exciting games.”