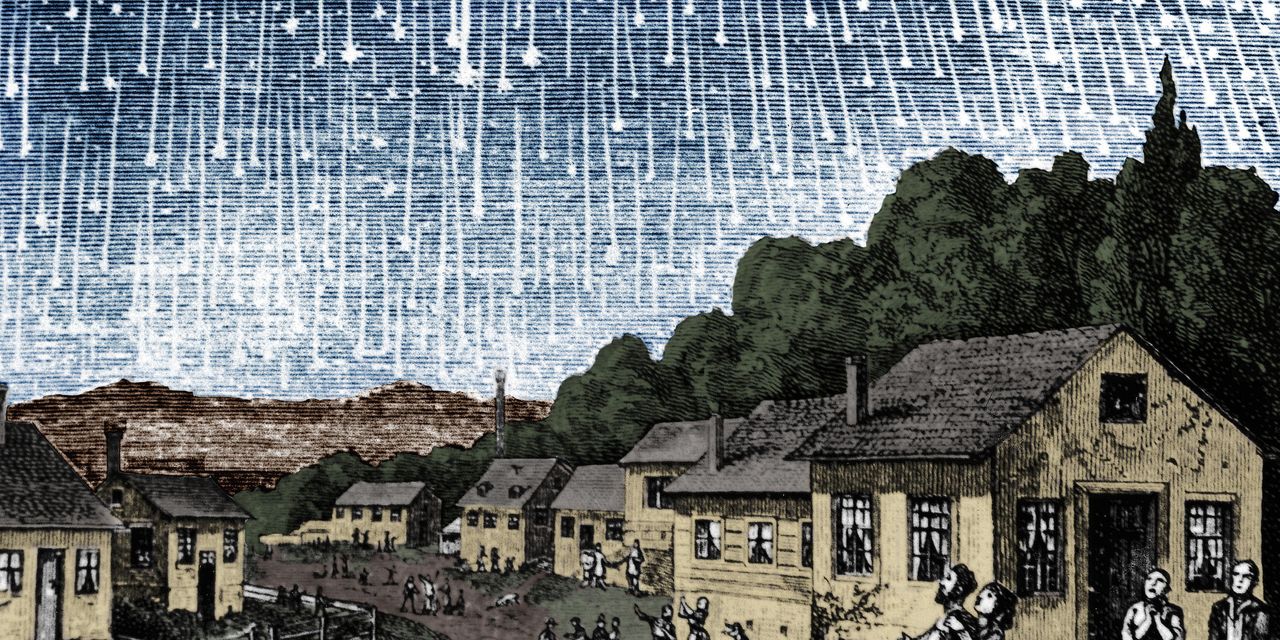 Every few years, the moon passes exactly between Earth and the sun, precisely covering its luminous surface, darkening the sky and briefly laying bare the sun’s gorgeous outer atmosphere called the corona. No other planet-moon combination in the solar system can match it. The fact that Earthlings today can witness solar eclipses is a pure coincidence: The sun is 400 times wider than the moon and it happens to be 400 times farther away from Earth, rendering the sun and moon about the same size in the sky. This wasn’t always the case, nor will it be so in the distant future. The moon’s orbit is spiraling away from Earth at a rate of about 1.5 inches per year. So let’s enjoy this match made in heaven while we can.

Eclipses top a long list of sky phenomena that irresistibly attract and entangle us. The idea that the sun, moon, planets and stars affect us personally is called astrology, and it goes way back. Some call it the second-oldest profession. How could ancient human beings think differently as they watched the sky revolve around them daily? For example, certain constellations rise before dawn every autumn, just when your crops are ready for harvest—clear evidence that the entire dome of the sky, day and night, lovingly looks after your needs and wants.

“With this mind-set, the sky also portends events that you, your culture or your religion might either desire or dread.“

With this mind-set, the sky also portends events that you, your culture or your religion might either desire or dread. Some years ago, I received a phone call at my Hayden Planetarium office from a woman who was rummaging through her deceased father’s personal effects, which included a diary from one of her distant ancestors—a settler in New England who wrote of his family’s migration via covered wagon to a new home. The diary fretfully describes a rapid darkening of the skies in midday. The patriarch of the family was deeply concerned that, without warning, the “sixth seal” had been opened and a biblical prophecy from the Book of Revelation was under way: “I looked when He opened the sixth seal…and the sun became black as sackcloth of hair, and the moon became like blood.” He stopped the wagon and prompted his entire family to kneel, pray, repent and prepare themselves to meet their maker.

The caller to my office wondered if her ancestor had unknowingly described a total solar eclipse. I asked for the date of the diary entry. She wasn’t sure, but knew the trip was in the early 1800s. From specialized software I keep just for emergencies such as this, I localized the moment to midday on June 16, 1806. In the early 19th century, total solar eclipses were fully understood by any mildly educated person who witnessed them. So the only way the event could be misinterpreted is if the wagon’s location was under total cloud cover. Combine an inexplicably darkened sky with a deeply religious, Bible-fluent Christian, and you are pleading for God’s mercy. Without the clouds, a solar eclipse becomes an educational spectacle for the whole family.

Twenty-seven years later, in the predawn hours of Nov. 13, 1833, the annual Leonid meteor shower was particularly memorable. Visible across all of North America, it delivered upwards of 100,000 “falling stars” an hour—as many as 30 a second. For comparison, an average meteor shower might offer one per minute, so this was a shocking display. We call meteor showers these intense “meteor storms,” which result from Earth plowing through a denser-than-normal pocket of cometary debris as we orbit the sun. The bits of comet Tempel-Tuttle that comprise the Leonids are no larger than pea-size, but on colliding with Earth’s atmosphere at 160,000 miles an hour, they burn up as streaks of light, visible in darkened skies.

At the time, future president Abraham Lincoln was 24 years old and living in Illinois as a boarder with a deacon of the local Presbyterian church. Upon witnessing this unforgettable cosmic display, the deacon swiftly aroused Lincoln, declaring, “Arise, Abraham, the day of judgment has come!” A conclusion drawn from another apocalyptic verse in the Book of Revelation: “And the stars of heaven fell unto the earth, even as a fig tree casteth her untimely figs, when she is shaken by a mighty wind.”

Honest Abe, a self-educated, lifelong learner, dutifully went outside to look up at the night sky. Invoking his knowledge of astronomy, he noticed that all the grand constellations were still there, intact—Ursa Major, Leo, Taurus, Orion. Whatever was falling, it wasn’t the stars, so he rationally concluded that a biblical prophecy of doom was not under way and promptly went back to bed.

Knowledge of the universe fosters accountability for all that we do, by preventing us from either crediting or blaming the sky for our earthly affairs. As Shakespeare wrote in “Julius Caesar,” “The fault, dear Brutus, is not in our stars / But in ourselves.”

In 1994, the astronomer Carl Sagan published a book titled “Pale Blue Dot: A Vision of the Human Future in Space,” inspired by a 1990 photo of Earth taken by the Voyager 1 space probe after crossing the orbit of Neptune. Earth occupies barely a pixel in that image, offering a stark reminder of how small we are in an indifferent universe, with no sign of help coming from elsewhere in space to rescue us from our thoughtless deeds.

Another cosmic revelation that could change humanity’s self-understanding is the discovery that we are not alone in the universe. This could signal a change in the human condition that we cannot foresee or imagine. Taken to enticing yet frightening limits, we might exist in a computer simulation programmed by intelligent juvenile aliens still living in their parents’ basement. Or we might discover that planet Earth is a zoo—a literal terrarium and aquarium, constructed for the amusement of alien anthropologists. Perhaps our cosmos, complete with our hundred billion stars per galaxy and the hundred billion galaxies in the observable universe, is nothing more than a snow globe on some alien creature’s mantle.

In these scenarios, the cosmic perspective morphs from the universe reminding us to become better shepherds of our own fate to the universe declaring that we’re playthings for high-level life-forms. A terrifying prospect, perhaps. But we take better care of our cats and dogs than we do of homeless humans in the street. If we serve as pets to aliens, might they take better care of us than we ever will of ourselves?

—Dr. Tyson is an astrophysicist and the director of the Hayden Planetarium at the American Museum of Natural History in New York. This essay is adapted from his new book, “Starry Messenger: Cosmic Perspectives on Civilization,” which will be published on Sep. 20 by Henry Holt.