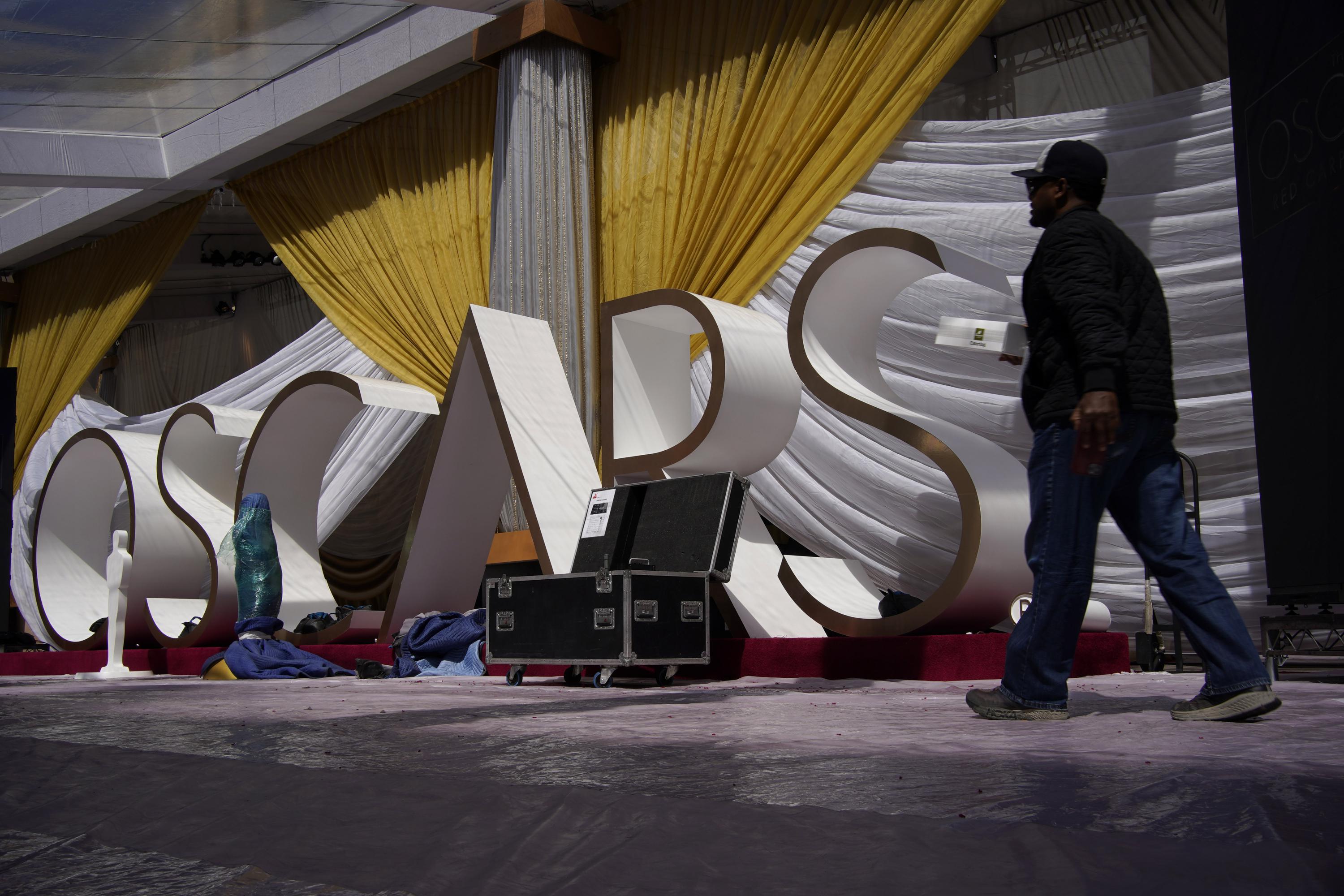 LOS ANGELES (AP) – For the first time in two years, the Academy Awards are rolling out the red carpet at Los Angeles’ Dolby Theater for what the film academy hopes will be a back-to-normal Oscars. Except for all the stuff that’s changed.

The telecast for the 94th Academy Awards will begin, as usual, at 8 pm EDT on ABC. But little else about how this year’s Oscars will get underway is traditional. An hour before the broadcast begins, attendees will assemble in the Dolby for the presentation of eight awards and acceptance speeches that will be edited into a broadcast that producer Will Packer has promised will be a tight three hours.

It’s one of many shifts, both slight and tectonic, around this year’s ceremony. After two years of pandemic – and a socially distanced 2021 edition with record-low ratings – the Academy Awards will try to recapture their exalted place in pop culture with a revamped telecast that’s expected to see a streaming service win best picture for the first time.

It will not be easy. The film industry recovered significantly from the pandemic in 2021, but despite one of the biggest hits in years in “Spider-Man: No Way Home,” the rebound has been fitful. The global movie industry sold about half the tickets last year as it did two years ago, $ 21.3 billion in 2021 compared to $ 42.3 billion in 2019, according to the Motion Picture Association. Hollywood pushed more of its top films directly into homes than ever before; half of this year’s 10 best-picture nominees were streamed at or very near release. Even the film academy shifted entirely to a streaming platform for voters, rather than DVD screeners.

Then there are the challenges of commanding worldwide attention for a night of Hollywood self-congratulation after two years of pandemic and while Russia’s war ravages Ukraine. Packer has said the war in Ukraine will be respectfully acknowledged during the broadcast.

Netflix’s “The Power of the Dog,” Jane Campion’s gothic western, comes with a leading 12 nominations and a good chance of snagging the top award. But all the momentum is with Sian Heder’s deaf family drama “CODA,” which, despite boasting just three nods, is considered the favorite. A win would be a triumph for Apple TV +, which acquired the movie out of the Sundance Film Festival last year and has spent big promoting it to academy members.

But expect the most awards on the night to go to “Dune,” Denis Villeneuve’s sweeping science fiction epic. It’s the odds-on-favorite to clean up in the technical categories.

After several years sans-host, the Oscars will turn to the trio of Amy Schumer, Wanda Sykes and Regina Hall to emcee the broadcast, which is also streaming on platforms including Hulu Live TV, YouTubeTV and on ABC.com with provider authentication. Producers have also lined up a star-studded group of performers including Billie Eilish and Beyoncé to sing nominated songs, while the “Encanto” cast will perform Lin-Manuel Miranda’s breakout hit “We Don’t Talk About Bruno.”

It will be a staggered start, with stars making their way into the Dolby at different times. ABC’s red carpet preshow will run 6:30 to 8 pm, with the first hour of awards happening inside the theater between 7-8 pm News of those winners will spread first on social media and later be woven into the telecast. To accommodate the shift, the red carpet will also open an hour earlier than usual, at 4 pm Eastern.

The rejiggered approach, which has been deeply unpopular with some academy members, should make for some complicated red-carpet logistics. The academy, wanted to give each winner an uncompromised moment, is urging attendees to be in their seats by 7 pm Some stars, like “The Eyes of Tammy Faye” nominee Jessica Chastain, have said they will not do carpet interviews if it means missing the presentation of awards like best hair and makeup, for which the artists of “Tammy Faye” are nominated.

That’s one of the eight pre-show categories to be handed out during what producers are calling the “golden hour.” The others are: film editing, sound, original score, production design, live-action short, animated short and documentary short.

Earlier this month, more than 70 Oscar winners, including James Cameron, Kathleen Kennedy and Guillermo del Toro, warned that the change would turn some nominees into “second-class citizens.”

Behind the change is alarm over the Oscars fast-falling ratings. While drops have been common to all major network award shows, last year’s show attracted only about 10 million viewers, less than half of the 23.6 million the year before. A decade ago, it was closer to 40 million.

To help restore the Oscars’ position, some argued in the lead-up to this year’s awards that a blockbuster like “Spider-Man: No Way Home” should have been nominated for best picture. It’s up for just visual effects.

Instead, a wide gamut of films are in the hunt, ranging from the much-watched Netflix apocalyptic comedy “Don’t Look Up” and the roundly acclaimed three-hour Japanese drama “Drive My Car.”

One thing producers have promised: the night’s final award will be best picture. Last year’s show concluded awkwardly with the unexpected presentation of best actor to a not-present Anthony Hopkins.