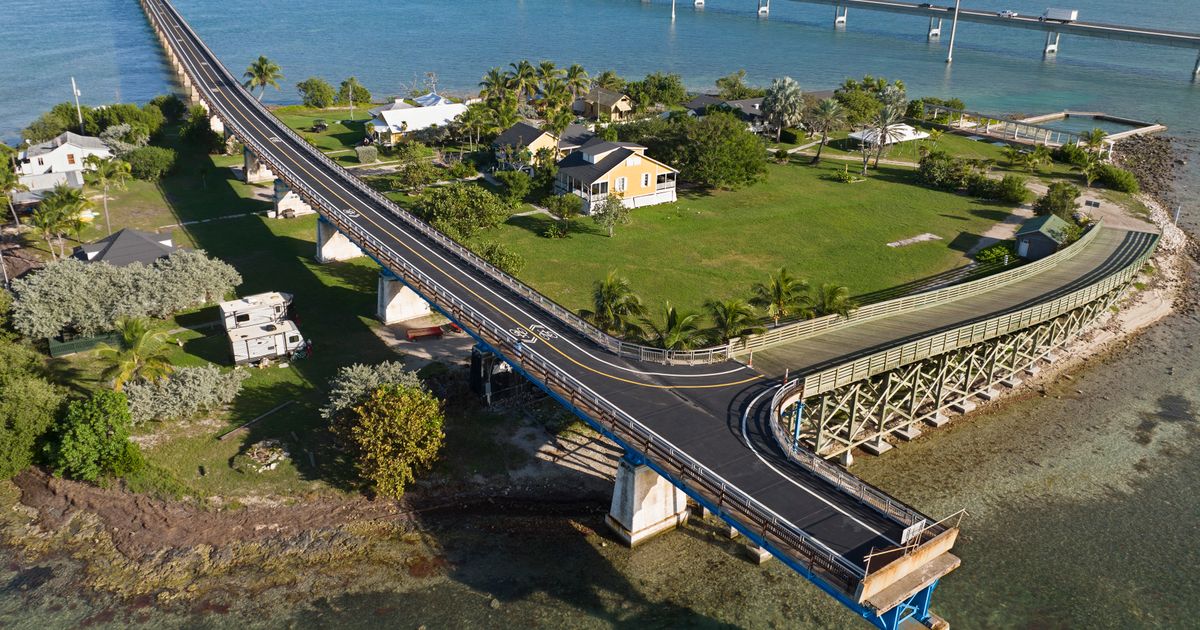 MARATHON, Fla. (AP) – A segment of a 110-year-old Florida Keys bridge reopens to pedestrians and cyclists on Wednesday after a $ 44 million restoration project.

“What made the project challenging was that it is a historic bridge, and we had to restore the bridge to the same aesthetic substance as the original,” said project manager Tony Sabbag, a contractor from the Florida Department of Transportation.

Nicknamed “Old Seven”, the bridge was completed in 1912 as part of Henry Flagler’s Florida Keys Over-Sea Railroad, which connected the Keys to each other and mainland Florida. The span is the gateway to the historic Pigeon Key, a small island below the one that once housed 400 railroad workers.

In 1938, the railway bridge was rebuilt to transport cars. In 1982, the new Seven Mile Bridge, actually 6.79 miles (10.9 kilometers) long, debuted, along with the historic one, whose steel swing spans that facilitated shipping between the Atlantic and Gulf of Mexico were removed.

Wednesday’s late-morning ribbon-cutting ceremony will be the culmination of a $ 77 million 30-year deal signed in 2013 between Monroe County, the City of Marathon and the Florida Department of Transportation. This agreement funded restoration and maintenance to preserve the iconic landmark listed in the National Register of Historic Sites.

“The Old Seven Mile Bridge is important for the Keys, the history of the keys and a viaduct to get to Pigeon Key,” said Monroe County Administrator Roman Gastesi.

The restoration included repairs to steel and bridge connection systems, new terraces, pedestrian and bicycle railings and other improvements.