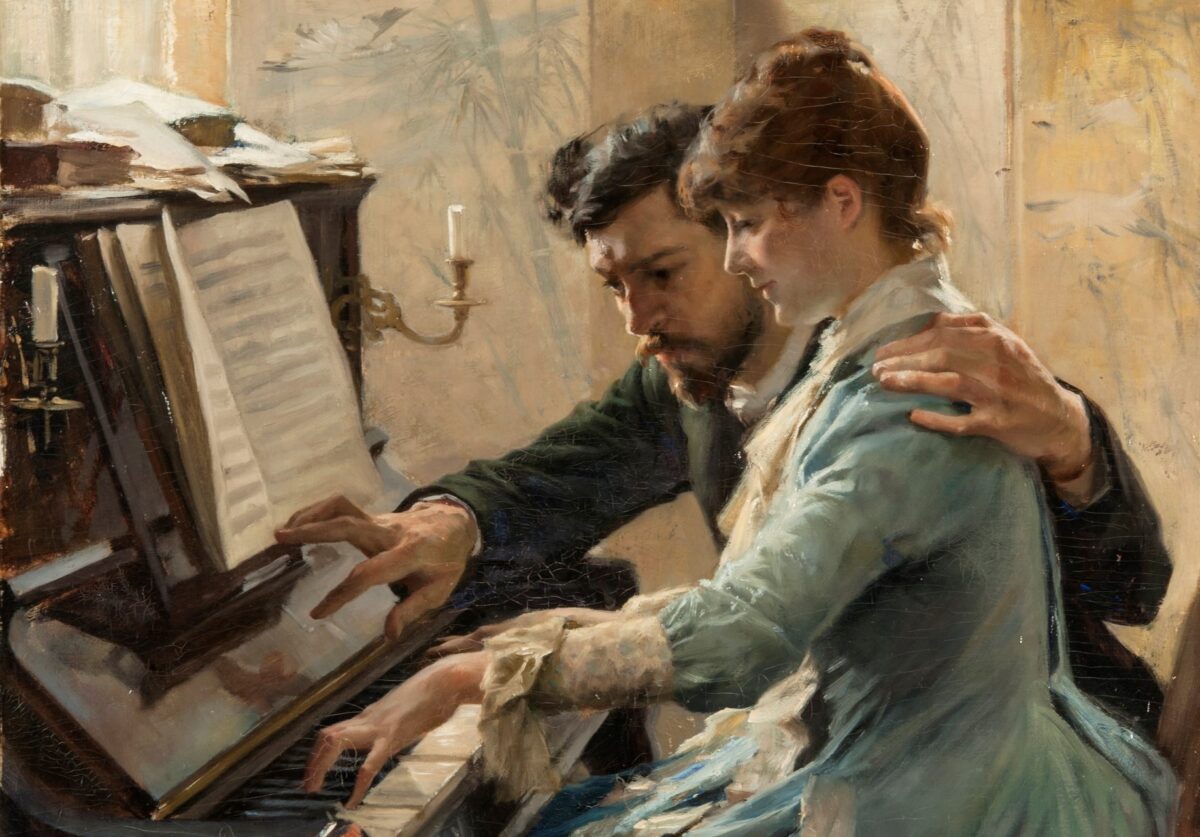 I am about to put the lid down on the piano keyboard in my 6th-grade music class when a particularly animated student runs up to me and says excitedly, “Teacher, I can play ‘Für Elise’!” I encourage her to do so, but the result is just the famous first four notes, an E and the D-sharp below it, repeated, played back and forth in endless seesaw.

I tell her I think there’s more to it than that, but she is happy just knowing the first notes. Though not particularly musically gifted, nor a fan of much music outside of pop, she is mesmerized by this little classical piano piece written more than 200 years ago. So are millions and millions of others.

The popularity of Beethoven’s intermediate-level trifle (something like “a trifle” or “simple piece”) is astonishing. I can count on the fingers of one hand the number of my beginning piano students who have not, at some point, asked, “When will I get to play ‘Für Elise’?” As of Jan. 1, 2020, Google reported millions of searches for “For Elise” each month. A YouTube performance of it, posted 14 years ago, has registered 59 million views, and a YouTube tutorial on the piece has garnered 53 million hits.

What is the root of its unrivaled popularity? Why this piece, and not a Chopin prelude or a Bach minuet or even the first movement of Beethoven’s “Moonlight” Sonata? It demands some looking into. Let’s start with a bit of history.

There is not much, and what there is, is cloudy. We know from the title that it was written “for Elise,” but who was she? The original manuscript reads: “Für Elise am 27 April [1810] in memory. ” In English: “For Elise on April 27 as a reminder,” or “in recollection,” or “as a memento.” My German is far too limited to make a judgment call on which.

In any case, these words, which are rarely mentioned when the piece is written about, indicate a past relationship with “Elise.” But what sort of relationship? The two possibilities that come readily to mind are “student” and “romantic interest.” In 1810 Therese Malfatti, age 18, was both, making her a prime candidate.

What? I thought we were looking for someone named “Elise”?

Here’s Where It Gets Tricky

Beethoven apparently thought very little of what, two centuries down the line, would become an earthshaking keyboard “hit.” He never bothered to publish it, despite a great demand for his music. The composer died in 1827, 17 years after composing “Für Elise,” and the piece languished another 40 years before its publication in 1867 by the musicologist Ludwig Nohl. Nohl claimed that one Fraulein Babeth Bredl of Munich had given him a signed manuscript of the composition, and that Bredl in turn claimed that she’d received the manuscript from Therese Malfatti upon the latter’s death in 1851.

In 1810, Malfatti was a student of Beethoven. The composer reputedly fell in love with her (one of his more common practices) and proposed marriage. She declined, Beethoven being more than twice her age. There was no title to the Bredl / Malfatti manuscript, just a dedication. To Nohl, the piano rondo (a work having the structure ABACA) seemed like one of the composer’s bagatelles, of which he had written 24. So he brought it out as “Bagatelle No. 25 in A minor. ” Above the title he inscribed the dedication as he read it in the autograph score: “Für Elise.” And the rest is history.

Well, not quite. Some have speculated that Nohl misread the dedication, which was actually “Für Therese,” lending strength to the theory that Therese Malfatti was the dedicatee. (After all, the manuscript was in her possession at the time of her death.) While it’s hard to see how the distinctive initial letters “Th” could be missed by any reader, and equally challenging to understand how “r” could be read as “l” and “e” as “i,” it is true that Beethoven’s handwriting was as notoriously sloppy as his housekeeping.

If only we could examine the original signed manuscript.

This casts doubt on the whole enterprise. How could anyone lose track of such an important manuscript? Could it have been “lost” deliberately in order to cover up fraud? One contemporary musicologist, Luca Chiantore, has even suggested that there was never an autograph score, that Nohl simply cobbled the piece together from some of Beethoven’s sketches. Supporting this thesis is the curious fact that Theresa Malfatti, assuming there was indeed an autograph score in her possession, did not publish it herself. A baroness, she surely could have afforded to do so, and just imagine the prestige accompanying the posthumous publication of a work by Beethoven dedicated to you. Had she done this, we all might be playing “For Therese.”

Dig deeper and the layers produce still more mystery. A sketch from 1808 has been discovered that is a fairly complete version of the “A theme,” the opening tune that my student knew the first four notes of. Did Beethoven keep the sketch until 1810, and then add the other two sections?

It turns out that the year 1810 cannot be positively confirmed as the year of the work’s composition, though it’s the best bet based on available scholarship. Finally (more or less), Beethoven scholar Barry Cooper unearthed an 1822 revision of “Für Elise” (if in fact an earlier, completed version ever existed) that contains most of the elements of the piece we know, but wildly misplaced. To the tens of millions familiar with the known version, the 1822 revision will be exceedingly bizarre. Pianist Mark S. Zimmer has recorded it. Listen if you dare.

And the Winner Is…

And still we ask: Who was Elise? Sticking with the accepted (if not 100 percent confirmed) year of 1810, and eliminating Theresa Malfatti because she was not named “Elise” and handwriting mistakes can only account for so much, we have two remaining candidates:

Elisabeth Röckel. In 2010, musicologist Klaus Martin Kopitz produced evidence linking Beethoven romantically to Röckel, a soprano, around the time of the piece’s composition. The singer was sometimes called “Elise” by friends.

Elise Barensfeld. In 2014, musicologist Rita Steblin made a case for the only candidate whose given name was actually “Elise.” In 1810, Barensfeld was 13, living near Beethoven in a house belonging to Johann Maelzel, a friend of Beethoven’s who later invented the modern metronome. Regarded as a piano prodigy, Elise may have taken lessons with Beethoven. If so, he very well may have written the piece in memory of their time together as a teacher and student.

Personally, I vote for Elise Barensfeld. Not only is she the only one with that given name, but “Für Elise” does not feel like a romantic composition. Rather, it has the character of a personality portrait.

My interpretation: The A section is a portrait of the student, Elise. It captures her youth and freshness. The B section is, perhaps, a piece assigned to the student. When it frustrates her, she breaks into the “angry” 32nd notes that conclude the section before returning to the A section. The C section is surely Beethoven himself, a smiling self-portrait of his irascible reputation. After a few student-like arpeggios and a chromatic scale, we return to the A section one last time.

That “Für Elise” is the portrait of a student without romantic angle is supported by the fact that it is a student favorite, not a Valentine’s Day tune or a courting song. It’s a piano piece about playing the piano. Young pianists hear themselves in it and rejoice. We have Beethoven, and whoever “Elise” was, to thank for this.