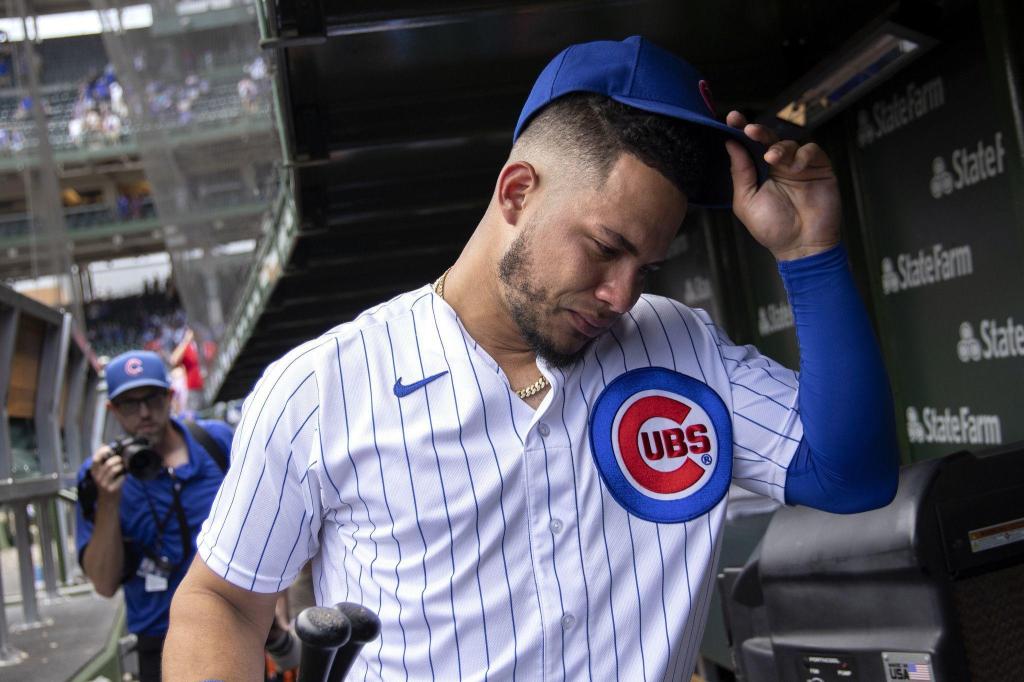 Moments after Sunday’s loss to the San Francisco Giants, Willson Contreras sat in the visitors’ dugout at Oracle Park when it hit him.

He realized this was the Chicago Cubs’ last game before Tuesday’s 5 pm trade deadline. If, as expected, Contreras is traded, Sunday marked his final game with the only organization he has known since he signed as a teenager from Venezuela.

So Contreras lingered, staring out at the field. He accepted hugs from teammates making their way into the clubhouse. And now all he can do is wait.

“We’ll see what happens,” Contreras said afterwards. “It’s going to be a long day. It’s been a long, long, long week. A long, long month for me. But I’m ready for this to be over with.”

Less than 48 hours remain until Contreras’ immediate future is resolved. For now he is stuck in limbo: a Cub unless he is told otherwise.

The Cubs will spend their day off Monday in St. Louis ahead of their three-game series that begins shortly after the deadline passes. Contreras planned to try to stay occupied during the downtime, suggesting he might play video games or visit the hotel pool while keeping an eye on his phone.

Tuesday night’s roster could look quite different, depending on how much the Cubs front office tries to dismantle it again. Ian Happ also might have worn a Cubs uniform for the last time Sunday.

It became apparent during the four-game series in San Francisco that the trade deadline and an unknown future weighed on Contreras. Manager David Ross acknowledged over the weekend it has affected the 30-year-old catcher on the field.

Contreras went 0-for-4 in the Cubs’ 4-0 loss Sunday to finish July hitting .149 with four extra-base hits, six walks and 25 strikeouts in 19 games.

“It’s hard because anytime you have a little time off or free time, your mind’s going right away to trade rumors or a trade,” Contreras said. “I wish it wasn’t a thing, but I won’t lie, I talked to Ross about it. It’s not easy. You have to learn how to deal with this.

“This is my first time in this position. If it happens for a second time, I’ll have an idea how of how to handle it. That’s all I can say.”

Should Contreras’ union with the Cubs end, the impending free agent said he can walk away with his head held high because of everything he has accomplished since debuting in 2016.

“Obviously, this game shows us that it’s not about feelings. It’s about business,” Contreras said. “And that’s something that I learned this year.

The Cubs can hope this is the last year for a while they are trade-deadline sellers. In the meantime, a potential flurry of trades looms.

“It’s a double-edged sword, right? No news for me is good news,” Ross said. “All the players are still here. Awesome. When we make a trade, it’s like, OK, I’m happy for (Chris) Martin to go chase another ring, but I’m also happy to get to know a new piece to our future puzzle.

“You hate to lose guys you depend on, guys who work hard. You’re appreciative of that. It’s a sad but still happy day. There’s two sides of that from the manager’s seat.”