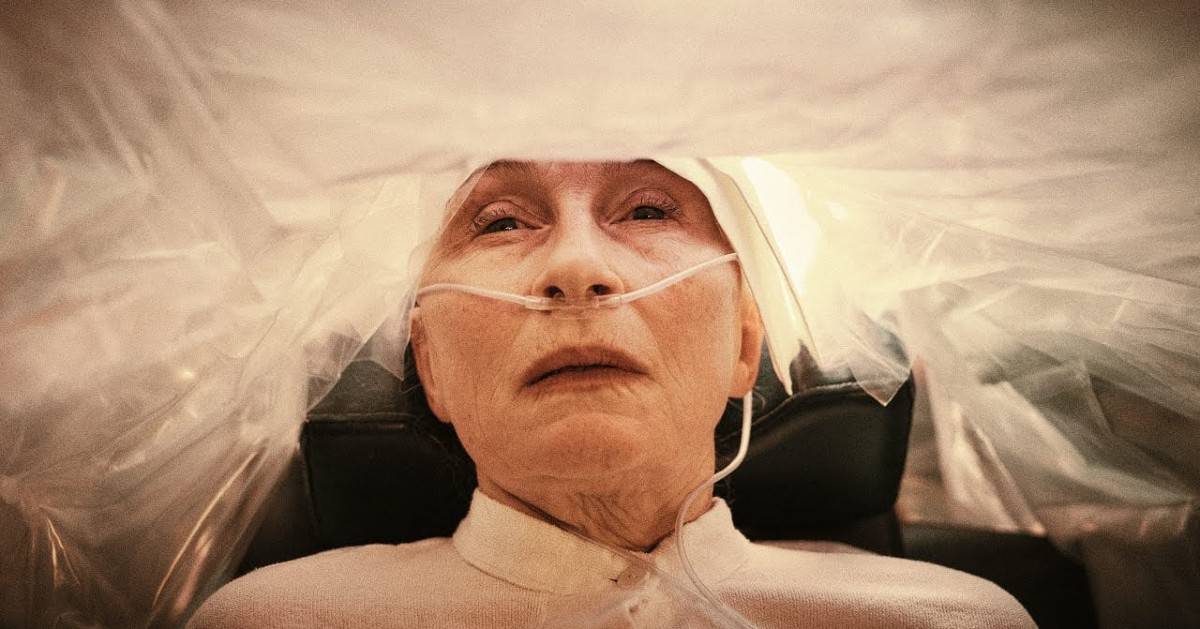 Plot: A mysterious voice calls upon the sleep walker, Karen, during a nightmare. The Kingdom is in need of her assistance, and at the hospital, she finds an ally in the porter, Bulder.

Review: Lars Von Trier is a filmmaker who has amassed a cult following thanks to his unique brand of storytelling and boundary-pushing cinematic experiments. From Melancholia to Antichrist, Nymphomaniac to Breaking the Waves, Von Trier has accomplished everything from musicals to dramas and more. His exercise in small-screen storytelling, The Kingdom (aka Riget), has itself garnered a distinctive cult following for its combination of medical soap operas and supernatural thrillers. Spread over two series of four episodes each that premiered in 1994 and 1997, The Kingdom also spawned an English-language remake courtesy of Stephen King. Now, twenty-five years since the series left off, Von Trier concludes The Kingdom with a five-episode closing series subtitled Exodus. An absurd blend of all of the director’s trademarks, The Kingdom Exodus is a fitting end to one of the strangest series ever put to film.

It is virtually impossible to explain The Kingdom which makes summarizing The Kingdom Exodus a thankless job. In short, the series is set at the title hospital, inspired by the actual teaching hospital of the same name located in Copenhagen. The first two series followed a cast of characters including doctors, custodians, patients, and more as they experience supernatural phenomena at the hospital as the result of the building being constructed over the site of “bleaching ponds” where various souls have become trapped. Featuring a psychic patient named Mrs. Drusse (Kirsten Rolffes) and oddballs like Doctor Hook (Soren Pillmark), the eight-episode original run ended with the discovery of a Satanic sect. The new series opens with the new character Karen Svensson (Bodil Jorgensen) watching The Kingdom series before making her way to the hospital where she is informed that those characters were fictional creations of Lars Von Trier.

From there, The Kingdom Exodus dives right back into the bizarre, Twin Peaks-inspired story involving many returning faces as well as new castmembers including Dr. Pontopidan (Lars Mikkelsen) who shares oversight of the hospital with newly arrived Dr. Helmer Jr (Mikael Persbrandt), the son of late Dr. Stig Helmer (Ernst-Hugo Jaregard). As the doctors go about their duties, including running a conference and dealing with patients, Karen continues to fulfill her destiny of helping the spirits locked within the hospital finally make their way out. This eventually leads to a final showdown that will once and for all end The Kingdom and put a closing chapter on Lars Von Trier’s tale. On the way, he includes Udo Kier as the malicious Little Brother who participates in one of the more unsettling moments in this entire series. We also have supporting appearances from Alexander Skarsgard and Von Trier’s collaborator Willem Dafoe. The less you know about their roles in the series, the better.

Watching The Kingdom Exodus requires a great deal of patience as there are many elements of Danish and Swedish culture that play a part in the story and may go over the heads of Western audiences. A lot of this series is surreal in nature but also is played for comedy. The deadpan delivery of many of the actors makes it challenging to decipher when we are supposed to laugh versus when we are meant to be creeped out but the overall unsettling feel of this series often makes that difference apparent. It is difficult to categorize this series as straight horror although there are many moments that will make you feel uncomfortable and weirded out. Also, knowing full well that you are getting yourself into a Lars Von Trier production should be warning enough of what you are about to witness. The Kingdom Exodus plays with the idea of metafiction within the story of this series itself and Von Trier himself once again plays a key part in the story.

What was immediately noticeable in The Kingdom Exodus is the focus on the idea of mortality. Being set in a hospital, the idea of life and death is already a key factor in this story, but in light of Lars Von Trier revealing his Parkinson’s Disease diagnosis. Von Trier has been vocal in dealing with some of the shocks and early impacts of the disease and that comes through in this story. Many of the characters here, returning over two decades as the first series, are dealing with their own impending doom and the doom of the hospital. Von Trier’s over-the-top approach to the script, written alongside Niels Vorsel, gives this story a finality that was lacking in the first two seasons. A fitting closing chapter, The Kingdom Exodus is hopefully not a final chapter in the career of Lars Von Trier.

It is impossible to appreciate The Kingdom Exodus without seeing the first two seasons. The premiere episode, “Halmer”, is billed as Episode 9 and directly connects to the eight episodes that precede it. With the entire series remastered and available for streaming, The Kingdom is worth watching from beginning to end through these final five episodes. Lars Von Trier is one of the most challenging filmmakers working today and The Kingdom Exodus is a welcome return to the form of his earliest works. This is a strange series that is at once weird, funny, scary, and somehow emotionally impactful in ways that we have not seen as consistently from Von Trier is quite some time. This may be the end of The Kingdom but it is a far more satisfying ending that I was expecting.

The Kingdom Exodus is now streaming on Mubi. 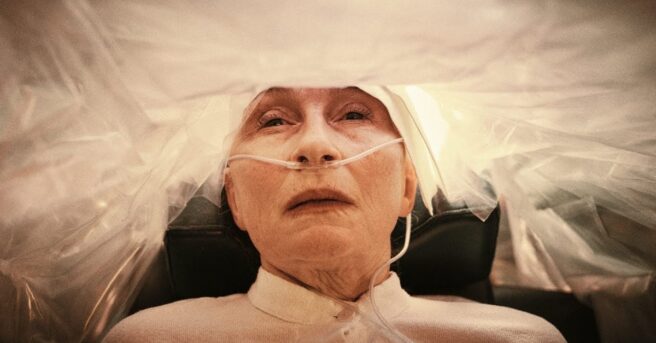