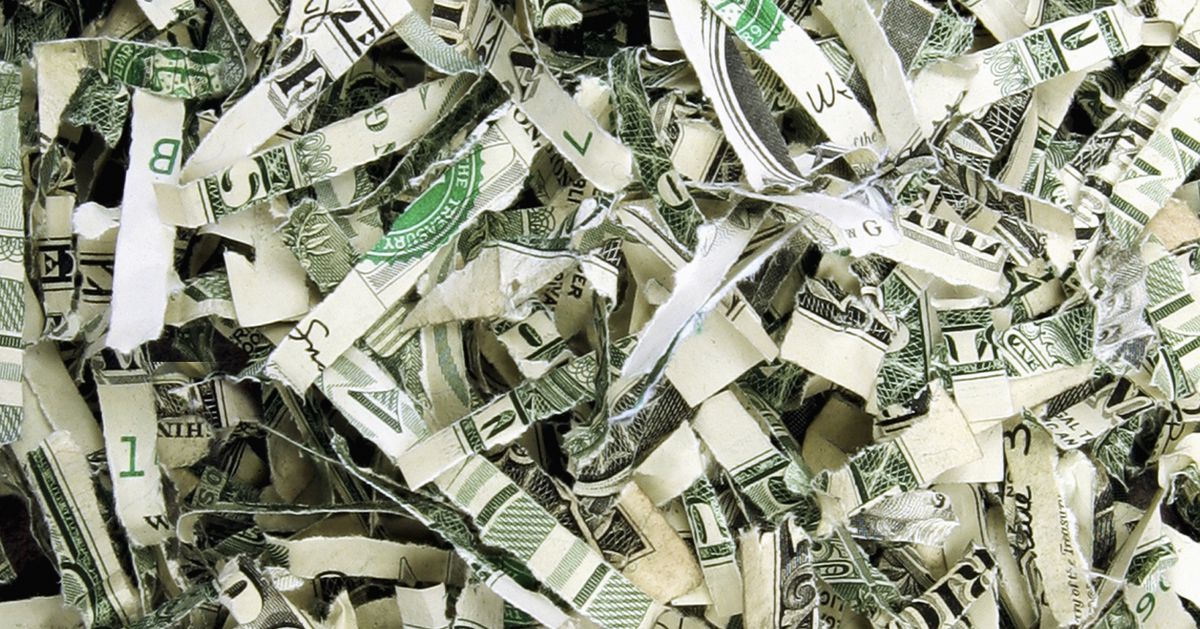 Peter Lewis recognizes that eggs aren’t the biggest expense in the world. But amid today’s levels of inflation, the price increase on the consumer staple really gets to him. “I tend to buy the same things every week, and for some reason, with eggs, I just eat a lot of them, and I notice the prices on them,” he says. The 18 extra-large eggs he buys were $3.18 in early 2021; now, they’re $5.12. Over the weekend, Lewis spent nearly $100 at his local Walmart on food for him and his wife, an amount he doesn’t believe he’s ever hit before. “It’s not like we’re buying a whole shopping cart.”

Inflation is ugly. For consumers, it is painful in ways big and small. People’s wages aren’t keeping up with rising prices, meaning some are having to make important cutbacks to stay afloat. Beyond the economic hardship imposed by inflation, there’s also a real psychological toll. People are paying more attention to prices than they have in the past, and they’re noticing increases on the items most familiar to them — increases that may not be the biggest, but that are nevertheless irksome.

“Price increases hurt because we don’t evaluate the price of eggs in absolute terms, we evaluate it with regard to what we used to pay for them,” says Deborah Small, a professor of behavioral marketing at Yale School of Management. “A price increase is like a loss, and we feel pain when we experience that loss.”

With the way inflation is going lately, that feeling of loss abounds.

At today’s current inflation levels, practically everyone has taken a look at the price of something and thought, “Wait a minute, what?” For some people, it’s on big-ticket items such as homes and cars. For others, it’s on small-ticket stuff that nonetheless leaves them taken aback, wondering how in the world a package of paper towels is $5 more than it was just months ago, or whether that bag of chips used to be a little bigger for the same price. Often, we notice changes more when it’s stuff we buy habitually. And, of course, all those little price increases add up.

Lewis, 71, and his wife are okay — they’re retired now, had good corporate jobs their whole lives, saved a lot, and rode out a few bull markets. But he can’t help but worry about others. “I look at Walmart, I see families shopping there, and I know an extra $50 a week is a killer for those people,” he says.

Inflation is a common topic now, basically all the time and everywhere. At the start of August, my Vox colleagues and I talked about where inflation had shown up in people’s lives and what had just kind of broken them. Because this is the year 2022 and I work in online media, I asked that question on Twitter. There was a variety of responses, but overwhelmingly, the most common place people hit a breaking point on inflation was at the grocery store.

Hila Paldi, who owns a Pilates studio in New York, told me she hit her wall on bacon, a key ingredient for her son’s beloved homemade bacon, egg, and cheese sandwiches. The package she gets used to be $8.99 at her local supermarket, and when she went to buy it recently, it was $12.99. “I went to the manager, and I said, ‘Is this right, or is this a mistake?’ And they’re like, ‘Yeah, that’s the price now,’” she says. So she didn’t buy it. “Honestly, this is something we can totally live without.”

Drew Ober, an engineer in Indianapolis, told me the thing getting to him the most was frozen chicken tenders. He likes to have them on hand at home because they’re an easy work-from-home lunch or lazy dinner. “I do hesitate almost every time now,” he says. He pulled up some old grocery receipts to make sure he was right, telling me he’d bought a 48-ounce bag of chicken tenders in April 2021 for $8.79. Now, it’s listed as $11.99. Much of the time he still gets them, although he also feels less guilty about going to restaurants to get them instead. “It doesn’t feel like I’m saving as much anymore buying groceries.”

It’s not just prices going up at the store that is bothering consumers — it’s also sizes going down, which is what happened to Tony Sarthou, a father of two hungry teens in New Jersey. “Doritos and Oreos, for better or for worse, are very key staples in our kitchen,” he says. But lately, he’s noticed the packaging is getting smaller — a phenomenon referred to as shrinkflation, where companies just give you less for the same amount of money. On multiple occasions, Sarthou says he and his wife have walked down the grocery store aisle, looked at the prices and sizes of the packages, and just walked away. “The sizes are getting smaller, the price is either the same or more often than not, higher.” They’re starting to swap out for generic or private-label brands.

Many people wonder whether the price hikes — or the package shrinkage — was really necessary. Wasn’t there some sort of reward for being loyal to a local grocery store? Sure, there have been supply issues on chicken tenders because of worker shortages and the bird flu, but was that really it? How much were the makers of Oreos — owned by American food conglomerate Mondelez — really saving by giving you slightly fewer cookies?

“I really don’t see how this is trickling down to us, I don’t see where it makes sense,” says Dorothy, a teacher in New York and mother of two, who asked for her last name to be withheld to protect here privacy. Her family has special dietary needs — she has severe food allergies, her husband is a vegetarian — that forces them to make some “tough decisions.” On organic strawberries for $7.99, the answer is “Are you kidding me?” A half-gallon of ice cream for $4.79 is a “Hell no,” and pasta for $2.49 a box “just isn’t going to happen.” She writes a list before going to the store, and if the item isn’t on the list, it doesn’t get bought. “We don’t go on vacation, home improvements have been halted,” she says of how her family is adjusting. “It seems outrageous.”

As Julia Carpenter noted in the Wall Street Journal, people understand price tags by way of the items that make up their daily budgets. They use a handful of mental benchmarks to gauge their inflation expectations. David Wessel, director of the Hutchins Center on Fiscal and Monetary Policy at the Brookings Institution, told the WSJ people take these benchmarks and then “they totally extrapolate that to the economy at large.”

Beyond everyday items, having inflation on the brain is likely making people think more about prices than they normally would, explains Utpal Dholakia, a professor of marketing at Rice University’s business school. “Consumers’ knowledge of prices is generally really bad. By and large, in normal conditions, most of us don’t know prices of most of the regular things that we buy,” he says. “What inflation has done is it has made people pay more attention as a general rule.”

And, in turn, people feel more annoyed. Especially as the total amount of everything moves up.

Dholakia advises companies about pricing strategy and notes that just because consumers express anger about prices doesn’t mean they always change their behavior. There’s a “huge gap” between what people say and what they do. “They’ll complain,” he says, “but they’ll still pay the higher price.”

That was the case for Andrea from Missouri, who also requested anonymity. Earlier this year, she paid nearly $25 for a single box of ob tampons on Amazon (they generally cost under $10). Amid the tampon shortage, she couldn’t find them at Target or Walmart, and she didn’t want to switch brands. She says she thought, “Well, Amazon is technically a black market, maybe you can find them there.” Andrea recognized she was being taken advantage of by the seller and that the price was “ridiculous,” but she clicked to buy anyway. “I know people gotta do what they gotta do to survive, and I’m not super mad at that person,” she says of the Amazon tampon flipper. “I wanted them desperately.”

Now, she can find tampons here at a more reasonable price, but they’re still more expensive than they used to be, as is everything. Andrea, who works in data analysis, has gotten a raise over the past couple of years, but inflation has made it basically obsolete. “How is it I make the 75th percentile of income in the county and yet I am struggling and can’t save money?” she says. “I’m still broke.” She’s divorced, and being single is expensive. She jokes she could find another husband, but she doesn’t really want to — she likes being alone. “When you’re in your late 40s, if there’s any men out there, you probably don’t want them.”

In recent days, I’ve spoken to many people about the specific places and moments in their lives where they really felt at a breaking point over inflation.

For Vanessa Santos, who had not one but two Covid babies, it was trying to buy new professional outfits to go back to work meetings. “It’s made me start picking up my workout routine post-baby so I can fit into my old clothes,” she says. For Kail Zepeda, a father of four in New Jersey, his moment of shock came when car dealers asked him to pay $11,000 over sticker price for a new car, a phenomenon many buyers on the market are running into. “It’s insane right now,” he says.

I heard from people about asparagus, butter, and donuts, about vacations, apartment rentals, and beer. “$19 for a 12-pack of Coors … come on,” one person commented on Twitter. “Was buying what I thought was a half dozen bagels, realized in the check-out aisle that there were only 5 in the bag and almost lost it,” wrote another.

Ober, the Indianapolis engineer, says gas prices get to him, too, but in a different way. Where he lives, there aren’t really great substitutes to owning a car and driving yourself places. “I feel more helpless to it,” he says. “You can kind of cut back on where you’re going, but I mean, it’s harder to do.”

Existing as a consumer in the current economy just feels really bad. It’s like we’re all being constantly pricked by a thousand tiny needles, all of which sting; every once in a while, one really hits a nerve.

There will be an end at some point, but that will probably hurt, too. American consumers, especially younger ones, aren’t used to inflation, and many aren’t used to having to make sacrifices or be as thoughtful about their purchases. The entire situation is just not ideal.

As for Lewis, this is not his first rodeo on inflation. He remembers what it was like to watch prices creep up in the 1970s, the last time inflation was a major problem in the United States, as a young professional living in Manhattan. “I just assumed it would continue forever,” he says. It didn’t — the end to the country’s inflation issue was eventually brought to a forceful and painful end.

Given those memories, he worries about what’s ahead. “I realized what it takes to stop it, and it’s not a pretty picture,” he says. He remembers his friends losing their jobs as the country fell into a recession, and the never-ending paranoia that he could be next. He also remembers that while inflation’s acceleration stopped, most prices didn’t come back down, either. “It just kind of stayed,” Lewis, who now lives in Florida, says. “For most things, if they drop, it will be minor.”

In other words, that breaking point you’ve reached on inflation isn’t going to un-break itself anytime soon.