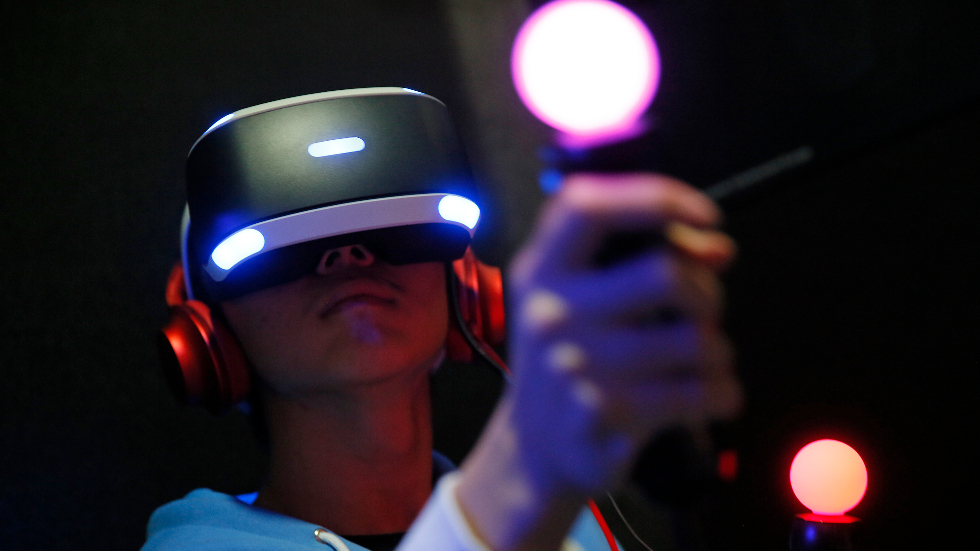 Is it illegal for a company to own two related virtual reality games? The Federal Trade Commission (FTC) thinks it is and is now suing Meta, Facebook’s parent company, for buying the VR studio Within, best known for the extremely niche game Supernatural. A closer look at the FTC’s challenge, however, suggests that the suit was more likely ginned up to get headlines than to foster competition in the rapidly growing VR business.

Meta’s purchase of Within is part of their frenetic push to get consumers interested in the so-called “metaverse,” which will allegedly include tons of VR content sometime in the future. To date, Meta is best known in the VR space for owning the best-selling VR headset, the Quest 2, which has sold almost 9 million units. The company is, however, getting more and more into the software and gaming side of the market.

In 2019, Meta acquired Beat Games, which makes Beat Saber, a game that pairs physical body movements (“saber” slashes) with music. Think of it as Dance Dance Revolution meets Fruit Ninja, but with a VR headset. They followed that up in October 2021 with the deal to acquire Within. Just a few days left before the deal was scheduled to close, the FTC filed suit to stop the merger, on grounds that Meta already owned related games.

The Clayton Act gives the FTC authority to challenge mergers that “lessen competition, or tend to create a monopoly.” When the FTC worries that a merger is illegal, it has to define the market in which competition would be reduced or monopolistic concentration would arise. If they define it too narrowly, then every company could be considered a monopolist. In this case, the FTC claims Meta’s acquisition of Within lessens competition in the market for “VR fitness apps.”

Implied in this market definition is that Meta does not face competition from other popular fitness programs on, for example, Nintendo, Xbox and PlayStation, since those platforms are not virtual reality. It also rules out possible competition from mobile-device fitness apps like Nike Training Club, Strava or Peloton. And finally, it rules out the possibility that VR fitness apps compete with other VR apps that aren’t about fitness. None of these sources of competition matter, according to the FTC.

But courts shouldn’t buy the FTC’s contention that “VR fitness apps” is a distinct market. What matters for consumer behavior, and what should matter for antitrust law, is the extent to which customers believe the apps are substitutes. It’s hard to imagine that anyone looking for a fitness app will be wedded to only virtual reality or that anyone looking for a VR app (such as Beat Saber) will only consider fitness apps. It’s much more plausible that customers are debating between Supernatural or Peloton app subscriptions, on the one hand, or between Beat Saber and Blade & Sorcery (the most popular games on Oculus), on the other.

The FTC played a similar market-definition game in a different lawsuit it brought against Meta, trying to unwind Facebook’s acquisition of Instagram and WhatsApp. According to the commission, Facebook and Instagram together represent a monopoly in the market for “personal social networking,” a definition that no one has ever used before but that conveniently rules out rival social-media platforms like Twitter, LinkedIn, TikTok, Reddit and YouTube. Does anyone really believe that Facebook doesn’t face competition from Twitter or that Instagram doesn’t face competition from TikTok?

These market-definition questions aren’t unique to Facebook cases but come up in every antitrust case. For example, the FTC sought to block a merger between Whole Foods and Wild Oats in 2007. Even though the two stores together only accounted for 1.5 percent of US grocery sales, the FTC said the relevant market was “premium and organic supermarkets.”

Pelosi was right to go to Taiwan — China’s threats are hollow What’s the plan to counter Russia’s energy squeeze?

The problem for the FTC is that, unlike Whole Foods and Wild Oats, there is a clear gain to consumers from blending Supernatural more thoroughly into the Oculus ecosystem. Meta has the most popular hardware in the market, which greatly improves in value if combined with better and better software. Supernatural will now reach more players through possibly integrating with the hardware. Hardware and software are the textbook example of a gain from consolidation, since they each generate a lot of value for the other.

Rather than a well-articulated pro-consumer case, the current challenge seems like another attempt to go after “Big Tech.” According to a leak to Capitol Forum, the FTC sees the challenge as a “meaningful blow to Meta.” The intention is clear: the FTC wants to take Meta down a peg. But antitrust is not about taking down big companies. Instead, the priority has been and should be about protecting competition and helping consumers enjoy better products at lower prices.

Brian Albrecht is chief economist of the International Center for Law & Economics.