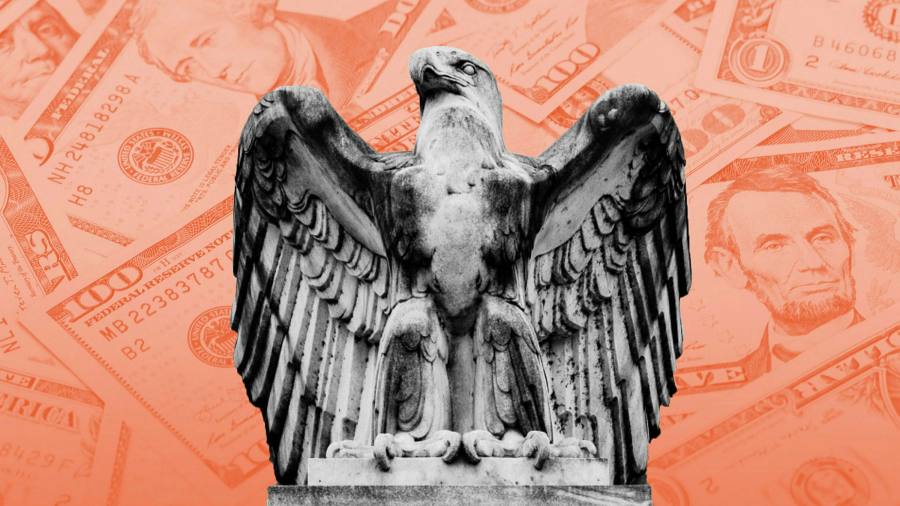 The Federal Reserve will fail to control inflation if it delivers only six quarter-point rate rises this year as markets expect, according to almost half of leading academics polled by the Financial Times.

The survey, conducted by the Initiative on Global Markets at the University of Chicago Booth School of Business in partnership with the FT, suggests the US central bank risks moving too slowly in shifting monetary policy away from its ultra-loose settings in place since the start of the pandemic. The outlook has now been significantly clouded by the Russian invasion of Ukraine.

A majority of the 45 economists polled said the federal funds rate will increase to a minimum 1.5 per cent by the end of the year – a jump that translates to at least six quarter-point rate rises, given low expectations that the Fed will make an aggressive half-point increase at its policy meeting in March.

That compares to 42 per cent who predict the Fed will deliver only four or five quarter-point adjustments this year, well short of what most of the respondents believe is necessary to dampen demand and tame inflation.

Just over 40 per cent of economists warned that raising the federal funds rate by 1.5 percentage points this year is “too little too late”. However, 39 per cent said raising interest rates by that magnitude was “just about right” without severely slowing the economy. Only 5 per cent worried it would cause a recession, with the housing market and business investment taking the biggest hits.

“They let themselves get a bit more behind the curve than they should have,” said Alan Blinder, a former Fed vice-chair. “That implies going faster or more aggressively than you would have if you started earlier.”

The survey results were collected during a tumultuous period – between February 21 and February 24 – leading up to and including the Russian invasion of Ukraine.

Despite the sharp escalation in geopolitical tensions, market expectations for the future path of Fed policy have not wavered significantly, with six quarter-point rate rises still pencilled in for this year. While several Fed officials have since acknowledged potential economic costs tied to Russia’s attacks, they appear steadfast in their plans to withdraw monetary support.

“If we were in a more normal situation with inflation, this is a time when you would see the Fed say we are going to be easier with policy because we want to take out some insurance against bad things that may happen, but that is hard to do when inflation is running so high, ”said Karen Dynan, an economics professor at Harvard University, who previously worked at the central bank.

She added that developments in Ukraine further “reinforce” the upside risks to inflation.

When asked what it would take for the Fed to pause its rate-rising cycle, geopolitical tensions tied to Ukraine ranked fourth as the top reason, behind financial market instability, labor market weakness and falling inflation.

Of the respondents, 40 per cent saw it as “somewhat” or “very” likely that annual core inflation exceeds 3 per cent by the end of 2023. That is well below the current rate of 5.2 per cent, but far above the Fed’s longstanding 2 per cent target. The median estimate for year-end 2022 is 3.5 per cent.

“If the next five payroll numbers look like 500,000 [jobs added] with inflation going to 8 per cent because of oil prices, that is straightforward for the central bank, ”said Robert Barbera, director of the Center for Financial Economics at Johns Hopkins University. “The issue is if the real-economy effects of this war-footing actually end up hitting activity.”

The chief concern among the economists is not about the Federal Open Market Committee moving too forcefully to tame inflation and in turn causing a recession, but moving too slowly.

“At this point, the committee has not seemed to be erring on the side of being too hawkish on inflation,” said Kenneth West, a professor of economics at the University of Wisconsin.

A combined 40 per cent believe the federal funds rate will need to be at or above 2 per cent this year in order for the central bank to achieve both stable prices and maximum employment, with half of that segment suggesting it should exceed 2.5 per cent.

As a complement to its efforts to cool the economy, the central bank is also expected to reduce its balance sheet, which has more than doubled to $ 9tn in roughly two years as the Fed hoovered up Treasuries and agency mortgage-backed securities in a bid to support an economy beset by the pandemic.

Just over a third of the economists believe the balance sheet will shrink below $ 7tn by the end of 2023, with the majority predicting it will remain above that level.

Deborah Lucas, a professor of finance at the Massachusetts Institute of Technology, said the pace will depend chiefly on the liquidity of the Treasury market and financing costs for the federal government.