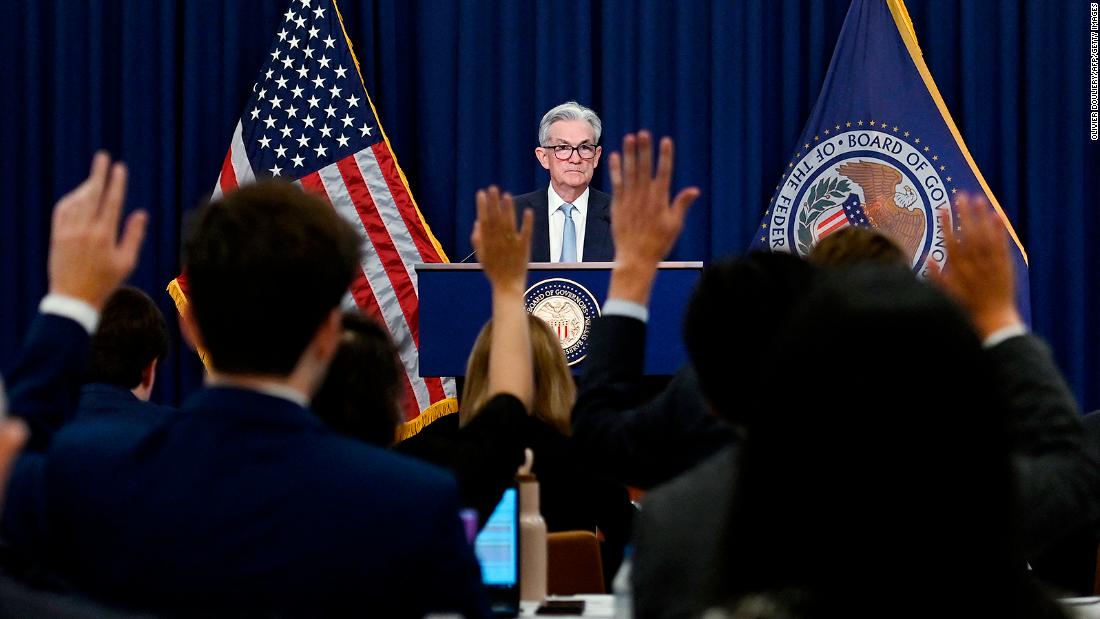 So when inflation threatens to potentially destabilize the dollar, it’s the Fed’s job to spring to action. There are a number of tools at their disposal, but the most effective in this situation is to cool the economy by raising interest rates. With inflation rates in the US now at 40-year highs, that’s what the Fed is doing.
Federal Reserve chair Jerome Powell announced last week that the Fed will increase interest rates by an aggressive three-quarters of a percentage point, the largest hike in 28 years. But he also struck a more somber tone than he had in prior meetings, admitting that some factors are out of his control.

The Fed’s objective is to bring the inflation rate down to 2% while keeping the labor market strong, Powell said on Wednesday, but “I think what’s becoming more clear is that many factors that we do not control are going to play a very significant role in deciding whether that’s possible or not,” he said. Commodity prices, the war in Ukraine, and supply chain chaos will continue to impact inflation, he said, and no change to monetary policy will mitigate those things.

There is still a path to lower inflation rates to 2%, he said, but that path is becoming increasingly overrun by these external forces.

Powell’s speech was largely at odds with messaging from the White House, which has emphasized that the Fed is the designated go-to inflation-fighter in the US.

Earlier this month, when economic data showed that inflation was still at a 40-year high and that consumer sentiment had tumbled to a record low, the Biden Administration pointed to the Federal Reserve’s role in getting prices under control.

“The Fed has the tools that it needs, and we are giving them the space that it needs to operate,” said Brian Deese, director of the National Economic Council.

Last week, though, Powell was pushing another narrative. Those ever-increasing gas and food prices, he said, are not in his control. Appropriate monetary policy alone can no longer bring us back to a 2% inflation rate with a strong labor market, he said.

“So much of it is really not down to monetary policy,” Powell said on Wednesday. “The fallout from the war in Ukraine has brought a spike in prices of energy, food, fertilizer, industrial chemicals and also just the supply chains more broadly, which have been larger – or longer lasting than anticipated.”

Mark Zandi, chief economist at Moody’s Analytics, agrees with that view. “The primary culprit [of inflation] was higher energy prices, particularly gasoline, and a lot of that can be traced back to Russia’s invasion of Ukraine that caused global oil prices to spike, “he said in a recent episode of his podcast, Moody’s Talks. Inflation should ease, when the pandemic subsides and the market adjusts to new sanctions against Russia, he added.

It’s hard to say whether increasing interest rates will help limit the wildfire spread of inflation or if it’s too little too late. Powell seems to be hedging. “I think events of the last few months have raised the degree of difficulty, created great challenges,” Powell said. “And there’s a much bigger chance now that it will depend on factors that we do not control.”

The $ 5.7 billion bet against Europe

Some wealthy Americans like to vacation in Europe. Connecticut’s richest man prefers to make multi-billion dollar bets against the old world’s economic future.

All in all, Bridgewater has 18 active short bets against European companies, including a $ 1 billion position against semiconductor company ASML Holding and a $ 752 million bet against oil and energy company TotalEnergies SE.

This is not Bridgewater’s first rodeo. Dalio hasn’t been on Europe’s side for a while. In 2020, Bridgewater bet $ 14 billion against stocks there and in 2018 they built a $ 22 billion short position against the region.

Why? Bridgewater has been pretty mum about its whole Euro strategy in general, but some clues have emerged from an interview Dalio gave to Italian newspaper La Repubblica last week. He explained that Bridgewater is staying far away from countries that are at risk of domestic strife or international war. He also said he’s worried about central banks’ attempts to address high inflation and anticipates that economy will soon sour because of them.

In short, he’s going short because of war in Ukraine and the European Central Banks’ hawkish policy.

But maybe it’s about the battle for world order. One thing Dalio has not been shy about is sharing his broader worldview. In a series of LinkedIn blog posts he has explained why he thinks the US is rapidly heading towards civil war and how the global world order is shifting.

“The Russia-Ukraine-US-other-countries dynamic is the most attention-grabbing part of the changing world order dynamic that is underway,” he writes. “But it is essentially just the first battle in what will be a long war for control of the world order.”

It could be that Bridgewater, which has $ 151 billion-in-assets, is betting that Europe will not make it out of the war on top.

The STOXX Europe 600, a broad index that measures the European stock market is down about 17% year-to-date.

Monday: Juneteenth holiday, markets closed in the US.

Tuesday: Existing Home Sales for May.

Wednesday: Federal Reserve Chair Jerome Powell is to testify on the economic outlook in Washington DC.

Friday: New Home Sales for May.