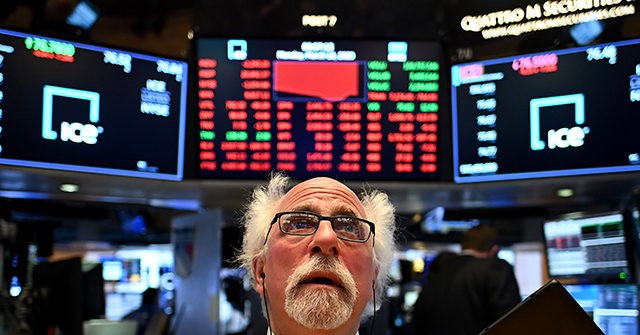 The arrival of yet another blowout jobs report sent yields on US government bonds rising on Friday — and inverted the yield curve again.

Unlike yesterday’s brief flash inversion, this one was not transitory. It not only lasted all day, it strengthened as the day went on, with the gap between the twos and the tens widening.

Yields rise when bond prices fall. In this case, investors were selling shorter-term bonds on the conviction that the March employment report all but guaranteed that the Federal Reserve will raise its interest rate aggressively at its next couple of meetings.

The Labor Department said that the economy added 431,000 jobs in March and that average hourly earnings increased 0.4 percent from the previous month. Perhaps more importantly, the unemployment rate fell to 3.6 percent, just one-tenth above the prepandemic low. The total number of unemployed people fell by 318,000 to 5.952 million, around 200,000 more than the prepandemic low.

Economists regard the ratio of job openings to unemployed persons as one of the best indicators of tightness in the labor market. With the March jobs report, this moved up to 1.9 openings per unemployed person. That is the highest ever recorded. Unfortunately, this ratio is also a very good predictor of inflation, as Harvard economist and former Obama administration official Jason Furman has shown. The message here is unmistakable: we are in for a lot more inflation.

The yield curve inversion is telling us, however, that the Fed will likely have to cut rates in the next 18 months. Isn’t that the opposite of what the jobs data implies? Are the curve and the job ratio at war? We think the two can be reconciled by saying that jobs implies high inflation this year, while the yield curve is implying a downturn next year. So the path ahead looks roughly like a Fed that will have to jack rates up by even more than expected to overwhelm surging prices. This in turn will slow the economy and perhaps send us into a recession. The Fed will then have to cut rates to try to avoid or end the downturn.