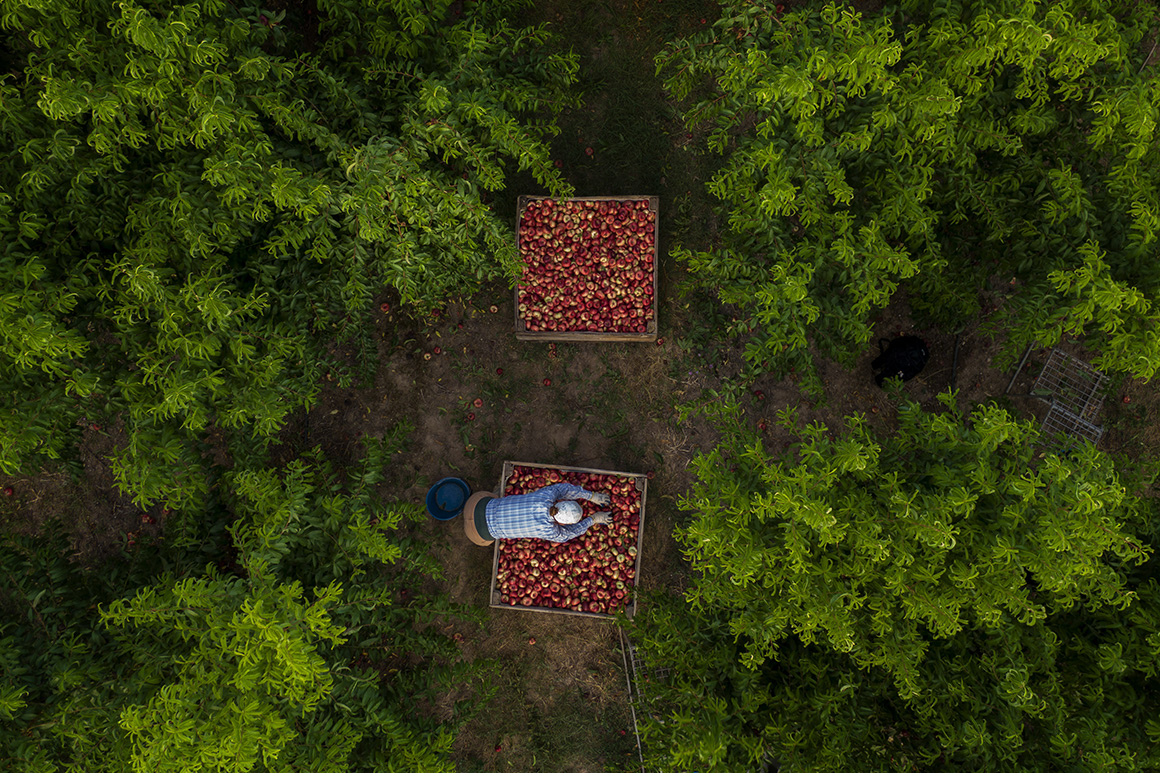 Sens. Michael Bennett (D-Colo.) duck Mike Crapo (R-Idaho) have been toiling behind closed doors on a companion package that could draw enough votes to break the Senate’s 60-vote filibuster. If they don’t start moving the bill before the August recess, they could run out of time this fall, as lawmakers turn their attention to midterm campaigning and other legislative priorities, like funding the government. And once the year ends, lawmakers would have to start over from scratch in the new Congress.

Without action, Congress could miss an opportunity to try to tamp down runaway food inflation, since prices are being driven in part by a shortage of farm labor. The struggle to find farm workers has only intensified in recent years, thanks to tighter immigration restrictions, the Covid-19 pandemic and the highly competitive labor market. And increasingly, the farm economy is dependent on foreign-born workers, including migrants brought in via the H-2A guest worker program.

But even Crapo was not optimistic about the prospects of any immediate moves on the bill. “I don’t see it happening before the August recess,” he said, when asked if there would be action before then.

Still at issue are several House-passed provisions, including wage policy, caps on the number of expanded visas for farm workers and the extension of certain legal rights to those workers.

According to a source familiar with the negotiations, a deal has been reached on wages and the senators are close to agreement on the cap issue. But the expansion of worker rights — particularly the extension of the Migrant and Seasonal Agricultural Worker Protection Act to cover H-2A workers — continues to be a sticking point.

Food economists say the availability of migrant labor correlates directly with lower food costs. Labor is the “one thing that I think matters,” said Jayson Lusk, a food economist at Purdue University.

“Some of that, to the extent immigration is involved, is certainly controversial,” Lusk said, but improving the labor supply would be “impactful in terms of food prices and agriculture.”

Bennet said that talks are continuing, and argued that Congress should make it a priority this fall, given nationwide concerns over food prices.

“Senator Crapo and I are continuing to work towards introducing a Senate companion to the House-passed Farm Workforce Modernization Act,” Bennet said in a statement. “With the high prices Americans are seeing at the grocery store, we should pass this bill as soon as possible.”

A Bennet spokesperson told POLITICO that his staff “has spoken at length with House and Senate leadership staff about the importance of the Farm Workforce Modernization Act.”

But Boozman said he hadn’t “really heard a lot about it as far as being a priority from leadership.”

Thus far, the bill negotiations have been limited to just a handful of people, and many key senators remain in the dark about their progress. That’s left some pessimistic about the prospects of any movement on the bill this year.

Another GOP member of the Senate Agriculture Committee, Mike Brown (Ind.), said the bill is “not on the [Senate’s] radar as far as I’m aware of.”

Braun also highlighted the obstacle facing every immigration bill in the current Senate: Republicans’ desire to address the influx of undocumented immigrants crossing the border before tackling any other aspect of the issue.

The labor “issue comes up a lot, in the sense of agriculture and certain industries have trouble finding staff,” Braun said. “I think that’s one of the casualties that’s very significant [of] not having border security … if you’re not talking about border security, even the things you’d be interested in doing, it’s hard to roll up your sleeves and work on that. So I think that’s why it’s not gained much momentum.”

House members from both parties and other advocates for the bill argue that it does not represent a major change to immigration policy but rather is a vital fix to a labor problem haunting farmers and driving up consumer costs.

“Over the last 481 days we have been in several conversations with our colleagues in the Senate,” said Rep. Dan Newhouse (R-Wash.). “The Senate moves differently than the House and we understand that and we applaud that usually, but we’re running out of time.”

The House version of the bill would establish a process by which farmworkers in the US illegally could apply to become a “certified agricultural worker,” a designation that would last five-and-a-half years, removing the risk of deportation. Applicants would be required to have a work history in the US and would also have a pathway to receive a green card or citizenship further down the line.

It would also establish 20,000 year-round H-2A visas for farmworkers. H-2A, a program where agricultural workers can receive visas to work on farms in the US, has increased in popularity as farms have been unable to find domestic workers. But the program has a timetable that doesn’t allow recipients to work year-round — a problem for operations that need workers at all times of the year, like dairy farms.

While agriculture industry groups are generally supportive of the bill’s efforts to reform the guest worker system, the most powerful of them is lobbying against the proposal to expand migrant worker protections by extending the Migrant and Seasonal Agricultural Worker Protection Act to cover H-2A workers.

Crittenden also noted longstanding Farm Bureau resistance to the bill’s wage policy and caps on the number of expanded H-2A visas and — both of which are part of the ongoing Senate talks.

If the Senate bill includes those provisions, the Farm Bureau’s opposition could deter many Republicans from supporting it. But many Democrats and aligned lobby groups would be disappointed if they are dropped, putting the bill’s drafters in a delicate position — and dragging out the negotiations.

“MSPA protections are the bare minimum, and farmworkers — deemed essential by the previous administration — deserve to have equal rights under the law regardless of their visa status,” said Andrew Walchuk, the senior policy counsel and director of government relations at Farmworker Justice. “The removal of MSPA coverage would doom the FWMA’s chances of passage in the Senate and back in the House.”

The Farm Bureau’s Crittenden said the group recognizes that time is dwindling to pass something this Congress. “There is a sense of urgency from Farm Bureau and other agricultural stakeholders to finally accomplish ag labor reform,” she said. “However, it’s also critically important the legislation that is put forward in the Senate addresses our concerns in a substantive manner.”