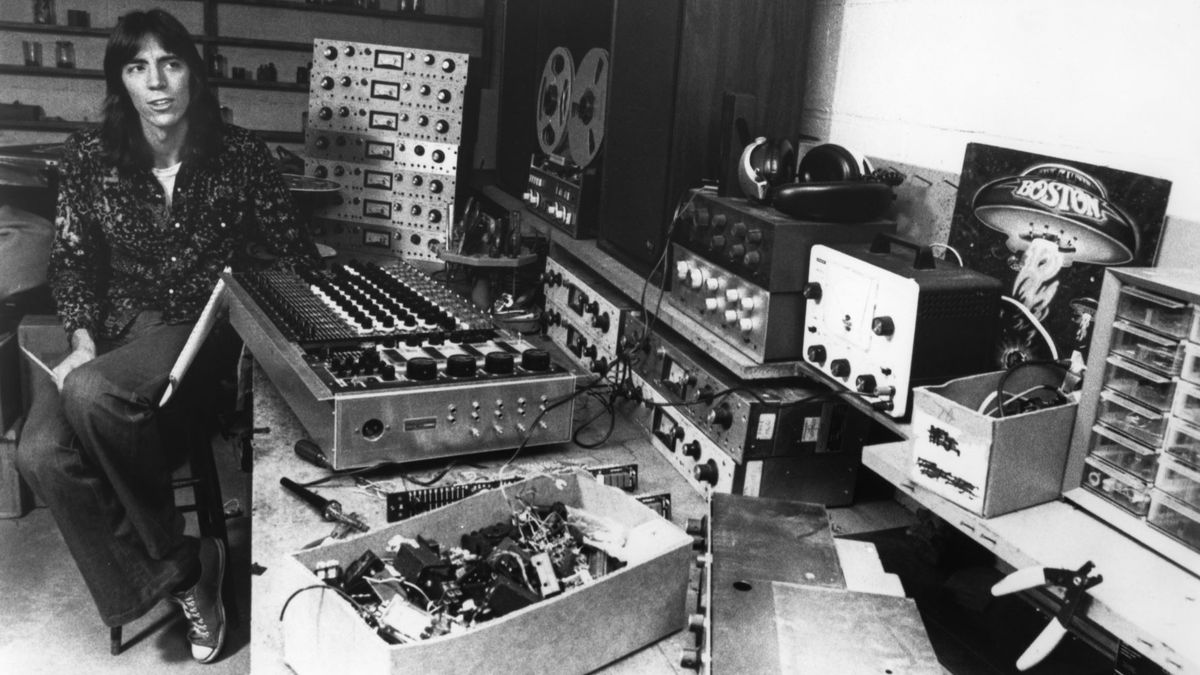 But it was Scholz’s follow-up that revolutionized guitar tone in the 1980s.

“In 1982 there was no way to practice high-power rock guitar quietly,” he explained in a 2020 Facebook post. “What I needed was a way to get that maxed-out overdrive sound in headphones.”

Scholz also needed to make the device small enough to fit in an electric guitar case, and affordable.

Using Sony’s then-popular, portable Walkman cassette players as his model, Scholz created a stereo headphone amp that featured an amp simulator comprising a compressor, a distortion circuit that offered two clean settings, plus distortion and Edge, and a cab simulator, as well as stereo chorus and echo.

Dubbed the Rockman, it ran on eight AA batteries, or AC power via the Rockadaptor. More than a portable practice amp, the Rockman was the first commercial amp simulator and a forerunner of today multi-effects guitar pedals.

It did not take long for guitarists like Phil Collen, Steve Clark and Joe Satriani to realize the Rockman made a great DI for recording.