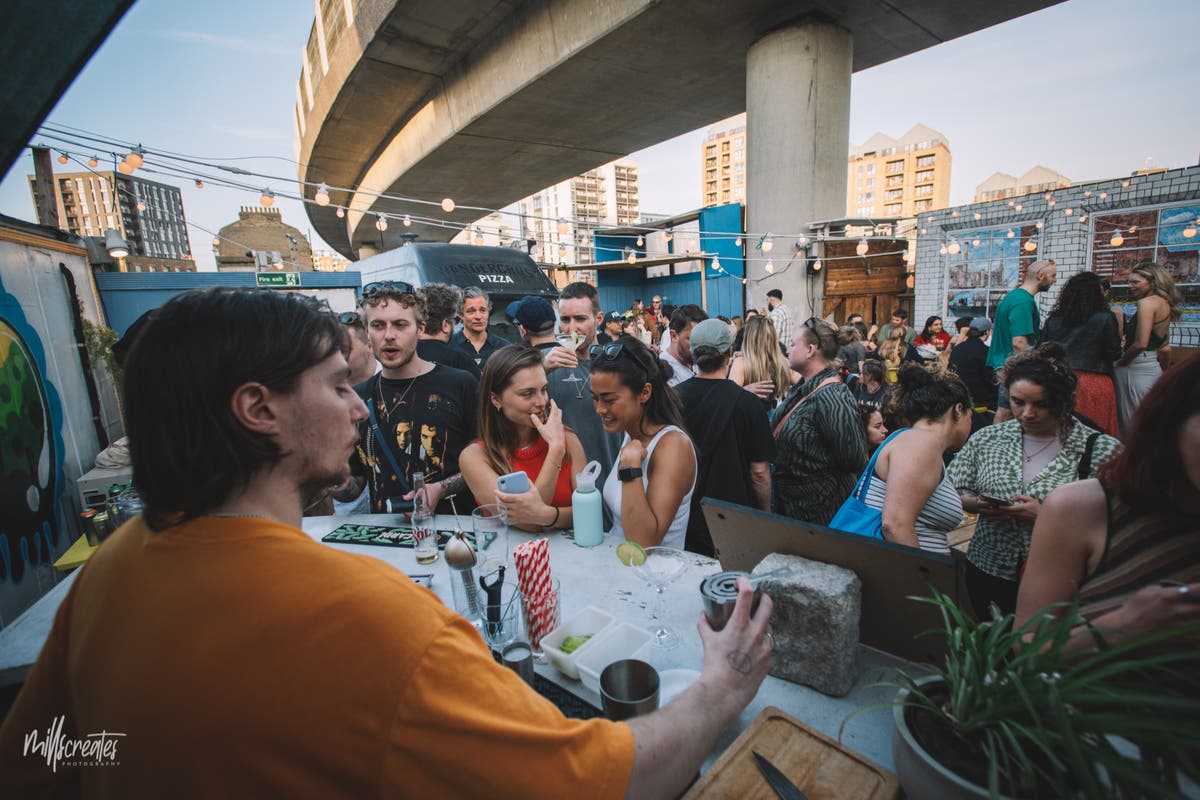 ever a dull moment in London, and so it stays this weekend.

With the temperature set to hover around the upper twenties, it’s a great time to take things al fresco, and down in south-east London, there’s a brand new club night taking place outdoors, starting in the afternoon and heading into the night.

Elsewhere, two top culinary talents will collaborate on an experimental menu, and there’s a five-star art exhibition to check out in Whitechapel.

For all that and more, read on.

The restaurant: That Night Below

Two of London’s top culinary talents – Jackson Boxer of Orasay and Brunswick House, and pop-up hero Whyte Rushen – are teaming up for a six-course menu this weekend. Served within Boxer’s West End bar Below Stone Nest, the dishes are intriguing – from wagyu tongue with black fungus, smoked potatoes and remoulade, to Lindisfarne oyster with pickled onion Monster Munch (really). Will it work? Only one way to find out – book now to secure your spot.

If you were kept going through lockdown by James Cochran’s Around the Cluck, then here’s some good news: the fried chicken operation has now found a permanent home in Cochran’s new Islington joint, Valderrama’s, open this week. Though it’ll do food, it’s more of a bar than a restaurant, and its name – inspired by the legendary Colombian footballer Carlos Valderrama – is a clue to its vibe, with live sport a big part of its offering.

The exhibition: Emma Talbot – The Age / L’Età at the Whitechapel Gallery

Our critic gave this exhibition at the Whitechapel Gallery the full five stars, calling the artist behind it, Emma Talbot, “a true visionary”. It’s the result of Talbot’s six-month Italian residency after winning the Max Mara Art Prize for Women’s commission, and she’s squeezed every drip of inspiration and knowledge for the experience, says our reviewer. Find out more here.

The event: The Soho Village Fete

You do not need to head to the shires for a good old fashioned village fete this weekend, because there’s one happening slap bang in the middle of town. Returning for the 47th edition, the Soho Village Fete has quite the roster – from a spaghetti eating competition to snail racing – with a bar run by The French House pub, and plenty more besides.

Here’s a new club night to check out: Habibti Nation, dedicated to women and non-binary DJs from the Arabic-speaking world, including Sofie K, Yasmeen, LUMA and more. It’s an al fresco shindig, starting in the afternoon and running into the night, with a food truck, cocktails, beers and, quite uniquely, a double decker bus to hang out on.