The Best ONE Championship Debuts of 2022 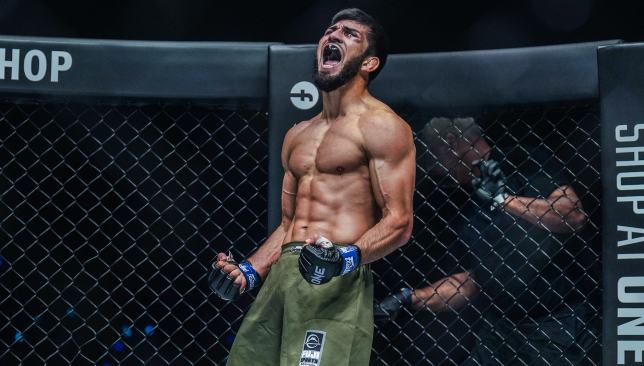 Turkey’s Hilal Amir arrived in ONE with a big reputation, he was unbeaten in his seven previous professional fights – stopping every opponent. His style is explosive with six of those seven wins having come via KO or TKO. It was left to the experienced Timofey Nastyukhin to welcome him to the organisation. Nastyukhin, ranked three in the lightweight division at the time, had some success in the first round, until a game changing right hand from Amir led to an impressive debut stoppage.

When it comes to debuts, not many would want to take on a former two-weight world champion, but that’s exactly what Russia’s Ilya Freymanov did when he took on Martin Nguyen in September. And did he make a statement. A sensational performance was capped off in the third round when a brutal knee was followed up with punches, dropping Nguyen before the ref stepped in to halt proceedings. Expect big things from Freymanov in 2023.

There isn’t much more pressure in professional MMA than being dubbed the protege of Khabib Nurmagomedov. That’s exactly the title Saygid Izagakhmaev took into his debut with James Nakashima in January. The Dagestani did not have things all his own way, with Nakashima doing a good job of keeping the fight standing. But, as with all of Khabib’s men, they often find a way of getting to the ground, and the same was true here with Izagakhmaev eventually being able to lock in a Brabo choke – his 13th submission as a pro. Two further wins since have set up an exciting 2023.

When it comes to grappling and BJJ there are few bigger names than Mikey Musumeci. The multi-time world champion arrived in ONE in April to face Japanese icon Masakazu Imanari in a highly anticipated encounter. The American put on a clinic of super smooth groundwork and transitions, which culminated in a slick rear naked choke. This was combat sport at the very highest level.

Along with twin brother Kade, Tye Ruotolo is considered a prodigy in the grappling world. At just 19 years of age he took to the ONE mate in April against the legendary Garry Tonon. 82-seconds he was getting his arm raised after a darce choke – just as he’d predicted pre-fight. With Kade the current lightweight submission grappling champion could we see brother versus brother in 2023?

What a 2022 it was for Sweden’s Smilla Sundell. At just 17 years old she debuted in February, going to war with Australia’s Dinadra Martin in the women’s strawweight Muay Thai division. With a performance way beyond her years, Sundell dropped Martin multiple times before picking up a third round TKO and a hugely impressive win. Just two months later she would be a world champion, taking the gold from America’s Jackie Buntan in just her second pro fight. What a prospect.

Giraffe and zebra bones from Africa seized at U.S. airport


The Download: the future of batteries, and China’s chips