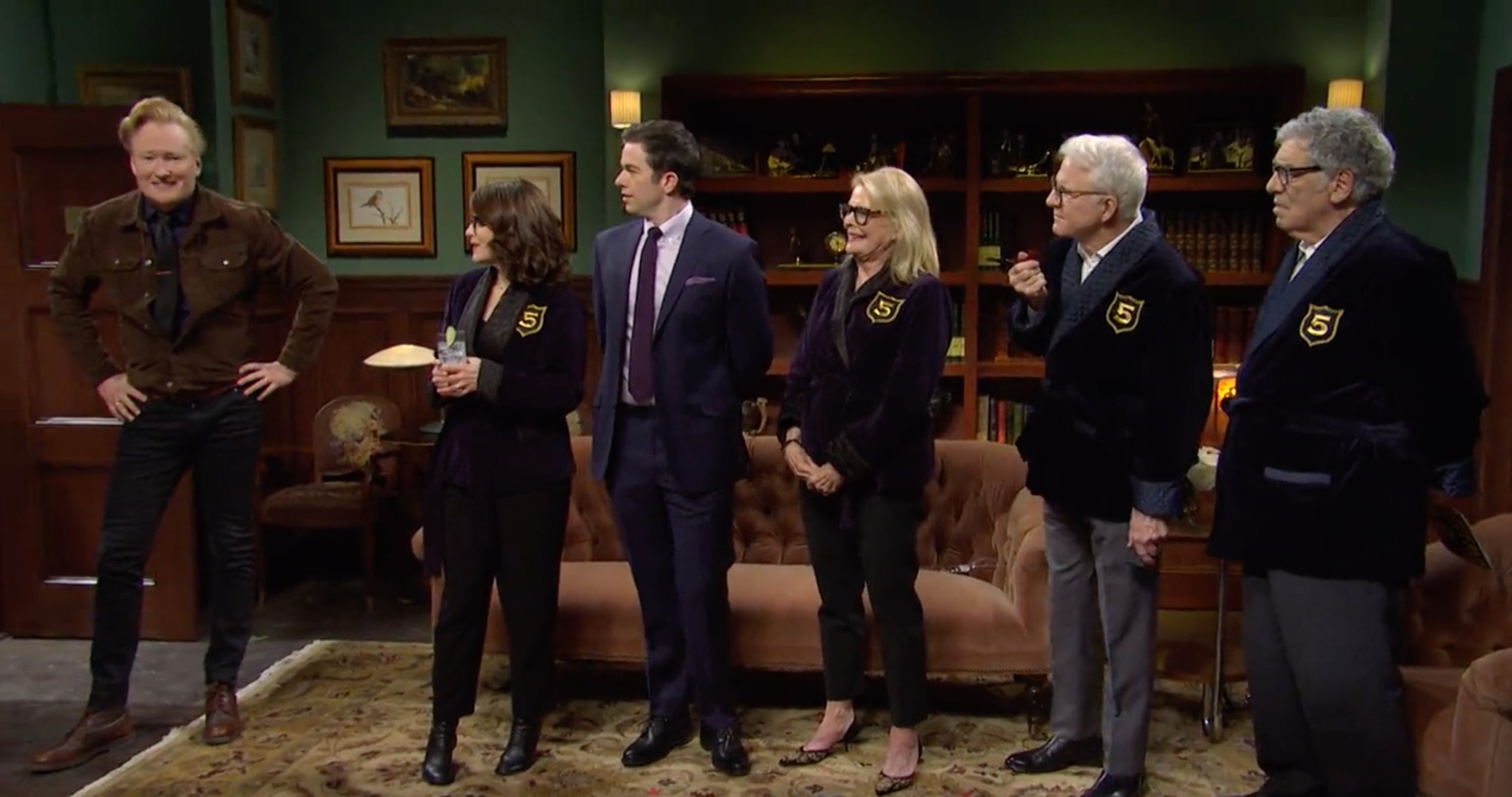 Even with a newborn son to take care of, John Mulaney had plenty of energy while hosting the newest episode of “SNL.”

Even though Mulaney only ever served as a writer during his time working for “SNL,” his five hosting stints have given him plenty of recurring sketches, many of which returned during Saturday’s episode.

Per usual, Mulaney’s opening monologue doubled as a mini-stand-up set, during which he discussed his newfound sobriety and his 12-week-old son, Malcolm.

Here are the funniest sketches and biggest moments from John Mulaney’s episode of “SNL.”

Rather than beginning the evening’s show with jokes, “Saturday Night Live” struck a serious tone while addressing Russia’s invasion of Ukraine.

Following a performance by the chorus of “Prayer for Ukraine,” McKinnon and Strong announced the start of the show, before the camera panned to a table of candles that spelled out “KYIV.”

Mulaney did not shy away from personal topics during his “SNL” opening monologue. The comedian discussed his newfound sobriety and his newborn son with girlfriend Olivia Munn.

“For many many reasons, I’m grateful to be here tonight after a very complicated year,” Mulaney said. “It’s always great to be somewhere that’s always emphasized sobriety and mental health.”

Mulaney then discussed his pandemic-era intervention, attended by six friends in-person and six friends via Zoom.

A Mulaney-hosted episode of “SNL” usually means there’s at least one high-concept sketch early in the night. This time, audiences were treated to a sketch in which a woman attacked by a monkey must convince the judge – a monkey played by Mulaney – to rule in her favor.

In a second consecutive sketch satirizing liberal scolds, a group of friends out to dinner (John Mulaney, Kenan Thompson, Kate McKinnon, Aidy Bryant, Heidi Gardner, Bowen Yang) struggle to carefully articulate their nuanced COVID-19 opinions without being judged by everyone else.

Please Do Not Destroy – Good Variant

Comedy trio Please Don’t Destroy (comprised of first-year “SNL” writers Martin Herlihy, John Higgins, and Ben Marshall) brought their latest pre-taped sketch to the show, an imaginary scenario in which the latest COVID-19 variant is good for you in every way. On hand to celebrate were surprise guests Al Roker and Paul Rudd, with the latter’s appearance creating a perfect segue into the next sketch…

In honor of Mulaney joining the five-time host club, fellow five-timers Steve Martin, Candice Bergen, Tina Fey, Elliott Gould and Paul Rudd were on hand to provide the comedian with his commemorative jacket. Also crashing the party was Brookline native Conan O’Brien, despite not being a five-time host himself. O’Brien’s excuse for joining the fun was that, like Mulaney, he got his start as a member of the “SNL” writing staff. (In fact, a then-unknown O’Brien had a brief cameo in one of the earliest five-timer sketches, where he hands Tom Hanks the ceremonial jacket.)

“John and I were never supposed to be on TV,” O’Brien joked. “We’re hideous.”

After Mulaney’s longer-than-usual monologue and the lengthy five-timers sketch, Colin Jost and Michael Che delivered a short and sweet Weekend Update. The update desk had zero guests this time around, with the co-anchors simply running through punchlines about the week’s news.

It would not be a Mulaney-hosted episode of “SNL” without an elaborate musical number. Following in the grand tradition of “Diner Lobster,” “Bodega Bathroom,” and “New York Musical,” this time it was the decision of a drunk subway rider (Andrew Dismukes) to buy a churro that launched a musical parodying “Fiddler on The Roof, ”“ Dear Evan Hansen, ”and more.

After a full hour of highs, “SNL” finished the evening with some rather by-the-book material. First up was this behind-the-scenes look at a Nickelodeon show that had trouble with its signature slime. Mulaney rescued the rather tame premise with his genuinely flabbergasted reaction to getting repeatedly slimed in the face.

In a reprisal of 2019’s “Cha Cha Slide” sketch, an interracial couple heads to the Robinson family reunion, where the nervous husband (Mulaney) is not only a surprisingly adept dancer, but also seems to know every single relative of his wife (Ego Nwodim) better than she does.