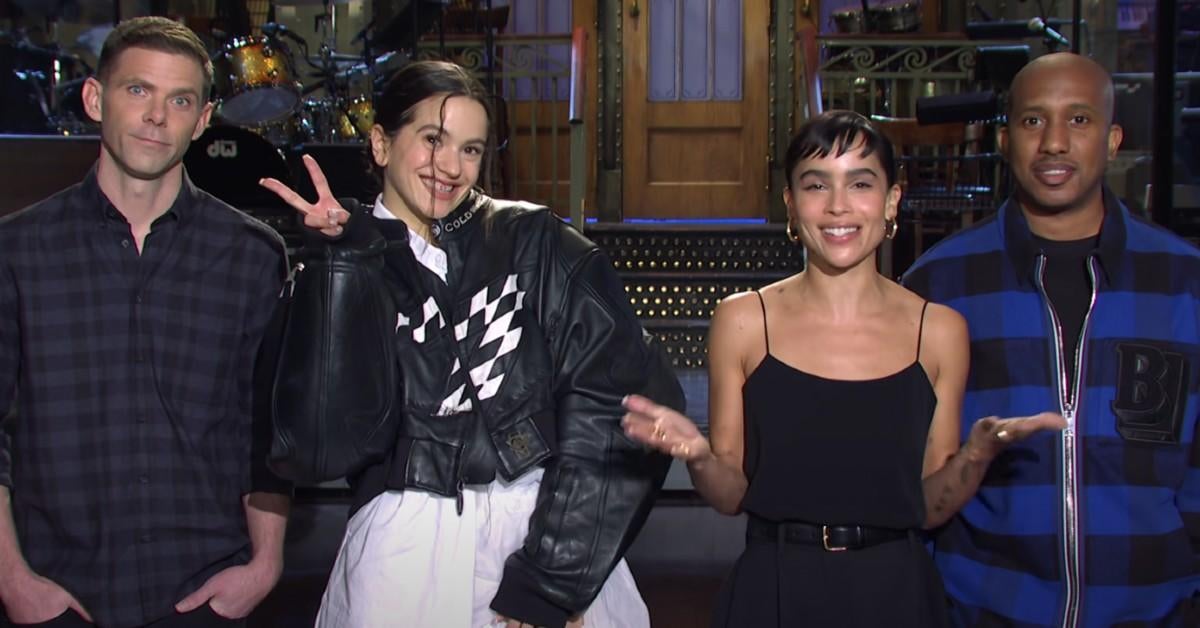 The Batman hit theaters this month, and it’s getting a lot of praise from both critics and audiences. The movie, which had the second-biggest opening of the pandemic, is “Certified Fresh” on Rotten Tomatoes with an 85% critics score after 411 reviews and an 89% audience score after 10,000+ reviews. The cast is also getting a lot of love, including Zoë Kravitz’s Selina Kyle / Catwoman. In fact, former Catwoman stars have praised her performance. Tomorrow, Kravitz will be taking on the spotlight in a new way when she hosts Saturday Night Live alongside musical guest Rosalía. Yesterday, SNL released their first official promo video for the episode.

“Zoë Kravitz and Rosalía Ditched A Double Date with Mikey Day and Chris Redd,” the video’s caption reads on YouTube. You can check out the fun video below:

Kravitz recently paid a visit to The Tonight Show and spoke with Jimmy Fallon about her role, and explained what The Batman is about.

“So, this is a detective story,” Kravitz began. “We’re in year two of Batman being Batman, so it’s not quite an origin story, but it’s still the beginning … And there’s a serial killer in Gotham and [Batman] kind of has to, you know, he follows the clues and figures out what’s going on. And the clues lead him to a nightclub where I work. ”

During last year’s DC FanDome, Kravitz explained how they created this version of Selina Kyle.

“I obviously understand the gravity of a character like this and what she means to so many people. But what felt really important was to really focus on the story that we’re telling in this moment, you know, and try and create a real human being. I do not want her to be an idea. You know, I want her to be a real human being in a real situation, in a real city, trying to survive and reacting to her own pain, and her history. So I really, really focused on this particular story in this particular moment in this woman’s life. “

While a sequel to The Batman has not been announced there is an HBO Max spin-off in the works that’s set to be a “Scarface story” that follows Penguin’s (Colin Farrell) rise to power in Gotham’s criminal underworld.

“I really believe in what we’ve done and I’d be excited to tell more stories … We are already telling other stories in the streaming space, we’re doing stuff on HBO Max, we’re doing a Penguin show with Colin [Farrell]which is gonna be super cool, “director Matt Reeves recently shared with The Independent to The Batman‘s premiere. “And we’re working on some other stuff, too, but we’ve started talking about another movie.”

The Batman is now playing in theaters.