The Arrow in the Head Show: Special guest Rurik Sallé joins for a look back at Warlock 2: The Armageddon 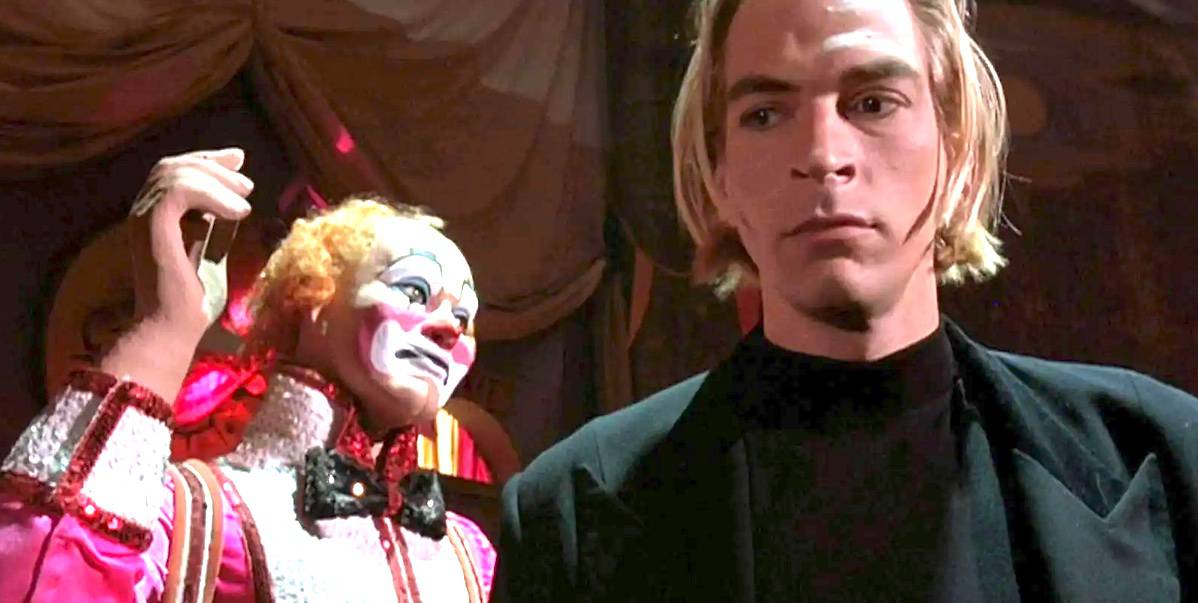 Our hosts John “The Arrow” Fallon and Lance Vlcek are back for a new episode of The Arrow in the Head Show – and for this one, they have been joined by a special guest! Actor/composer Rurik Sallé stopped by to talk to The Arrow and Lance about the 1993 film Warlock: The Armageddon (watch it HERE), and you can find out what the trio had to say about the supernatural horror sequel by checking out the video embedded above!

Directed by Anthony Hickox from a screenplay written by Kevin Rock, Warlock: The Armageddon has the following synopsis:

The evil warlock has returned and he is determined to unleash the Devil using a set of mystic rune stones. An order of druids have to defeat him in order prevent Armageddon and banish evil for six hundred years.

The film stars Julian Sands, Chris Young, Paula Marshall, Joanna Pacula, Steve Kahan, R.G. Armstrong, Charles Hallahan, Bruce Glover, Davis Gaines, Dawn Ann Billings, and Zach Galligan. The first Warlock was released in some countries in 1989 (it didn’t reach the US until 1991) and also starred Julian Sands as the title character. A third Warlock movie was released in 1999, but Sands didn’t return for that one. The warlock in Warlock III: The End of Innocence was played by Bruce Payne.

Here’s some information on The Arrow in the Head Show:

We’re trying something a bit new here on Arrow In The Head. After many years behind the scenes, we’ve decided to take our sarcastic, booze-influenced style into the video age with The Arrow In The Head Show! Hosted by John Fallon aka The Arrow and Lance Vlcek, we will dig into not only the newest horror flicks hitting the big and small screens but also delve into the good, bad, and ugly of horror from the golden ages of the ’80s through the underrated 90s and maybe a bit beyond.

Something groovy and a tad rough around the edges, we are here to talk shop with a drink in hand, a bit of foul language, and a whole lot of heart.

The Warlock 2 episode of the show was Edited by Lance.

Episodes of The Arrow in the Head Show are also available to listen to as audio-only podcasts. You can find the information on that at THIS LINK.

Are you a fan of Warlock: The Armageddon? Let us know by leaving a comment below.