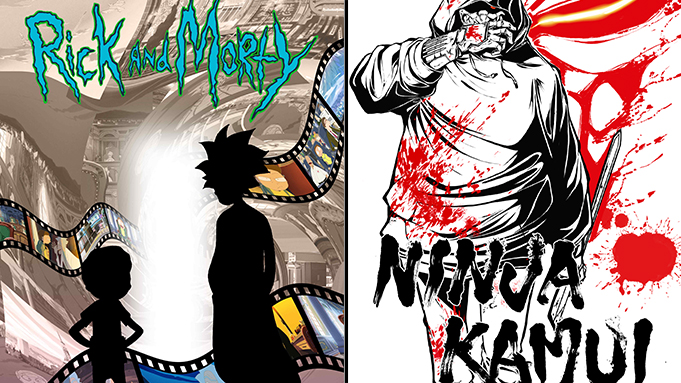 Rick and Morty will get the anime treatment at Adult Swim.

Ahead of WarnerMedia’s Upfronts presentation on Wednesday, Adult Swim revealed the official greenlights for Rick and Morty: The Anime from Tower of God helmer Takashi Sano and Ninja Kamui from Kaisen’s Jujutsu Sunghoo Park. The series orders come as Adult Swim continues to build its anime portfolio, which currently includes the series adaptation of Junji Ito’s Uzumaki, Blade Runner, Black Lotus and more. The two newly-ordered series are in production and will premiere on Adult Swim and HBO Max.

Rick and Morty: The Anime is a “10-episode adventure” that will be separate from the flagship series, but will adapt themes and events from the original title. The upcoming anime will mark yet another Rick and Morty venture for Sano, who previously directed two anime shorts, “Rick and Morty vs. Genocider ”and“ Summer Meets God (Rick Meets Evil) ”.

Ninja Kamui will follow Joe Higan who is a Nukenin – a former ninja who escaped his clan and is hiding from his violent past in rural America with his family. One night, he is ambushed by a team of assassins from his former organization who exact a bloody retribution on Joe and his family for betraying their ancient code. Rising from his seeming “death,” Joe will re-emerge as his former self – Ninja Kamui – to avenge his family and friends. Kamui is a 21st century ninja, a shadowy anachronism who pits his ancient skills against high-tech weaponry with brutal finesse. He must face off against trained assassins, combat cyborgs, and rival ninjas to bring down the very clan that made him.

The futuristic action-adventure anime comes after the success of Park’s Jujutsu Kaisen 0 film, which marked the seventh biggest anime film of all time and Japan’s 15th highest-grossing film ever.

The upcoming anime will feature character designs from Takesha Okazaki and is produced by E&H Production andSola Entertainment.