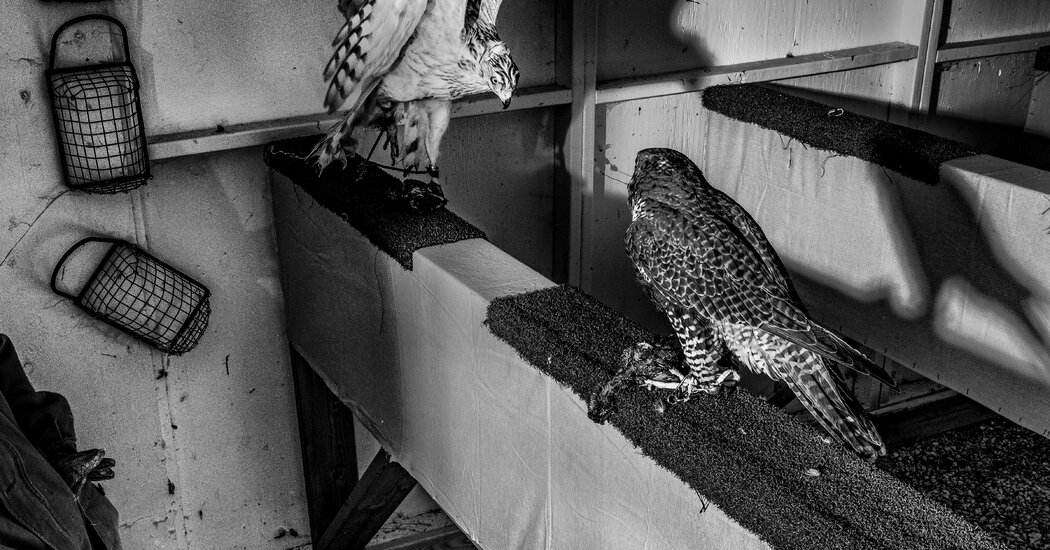 In 2010, UNESCO first added falconry to its “Intangible Cultural Heritage of Humanity” list, calling it “an age-old drama.” Since then, according to McNeff, the international falconry community has been careful to distinguish between falconry and abatement in order to protect the UNESCO-recognized version of the sport, which is in agreement with NAFA’s ethics policy; it states that falconry should “not include the keeping of birds of prey as pets or prestige items.” That’s because, in recent years, especially in Europe, groups like People for the Ethical Treatment of Animals have criticized the use of raptors for “shows” or “demonstrations.” On its British website, PETA states: “Falconers treat birds of prey, such as falcons, owls and eagles, as living props and put them on display for tourists. Tied to a block of wood with a short leather strap for hours or even days, their life is one of boredom and torment. ”

For the gulls, however, Swanson’s current five hawks, 12 falcons and Eurasian eagle-owl are much better than the typical alternative. In 2021 alone, the U.S. Department of Agriculture killed 17,633 gulls in the name of wildlife control, along with 2,664 hawks, 510 falcons and 359 owls. “You come in here and knock out 20,000 gulls – well, that’s 20,000 less birds to clean up the beach,” Swanson says. “Everything is here for a reason.” One of those reasons, argues Amanda Rodewald, an avian biologist at Cornell University, is the presence of people, like it or not. “Connections are complicated,” she says. “In removing one species, it can be difficult to predict what the consequences are going to be for others in that system – we do not know which species are going to be valuable to us someday.”

The use of raptors to haze nuisance birds appears to have been invented by the British military in the 1940s at an air base in Scotland, where peregrine falcons, whose diving speeds of nearly 200 mph make them the fastest animals in the world, were deployed to chase gulls from the runways. In the following decades, the practice spread to the clearing of herring and ring-billed gulls from a Canadian garbage dump, wood pigeons from an English field planted with cabbage and brussels sprouts, even crows from the Kremlin. Thomas L. Freeman, who is the chair of math and science at Eastern New Mexico University-Ruidoso and studies diurnal raptors, told me that hawks and falcons are so effective because they are unpredictable in ways that artificial deterrents cannot be. “You can put scarecrows out, and they work for a while,” he says. “But with birds of prey, the animals they go after are going to perceive real danger, dynamic danger.”