‘That’s what a leader is supposed to do’ 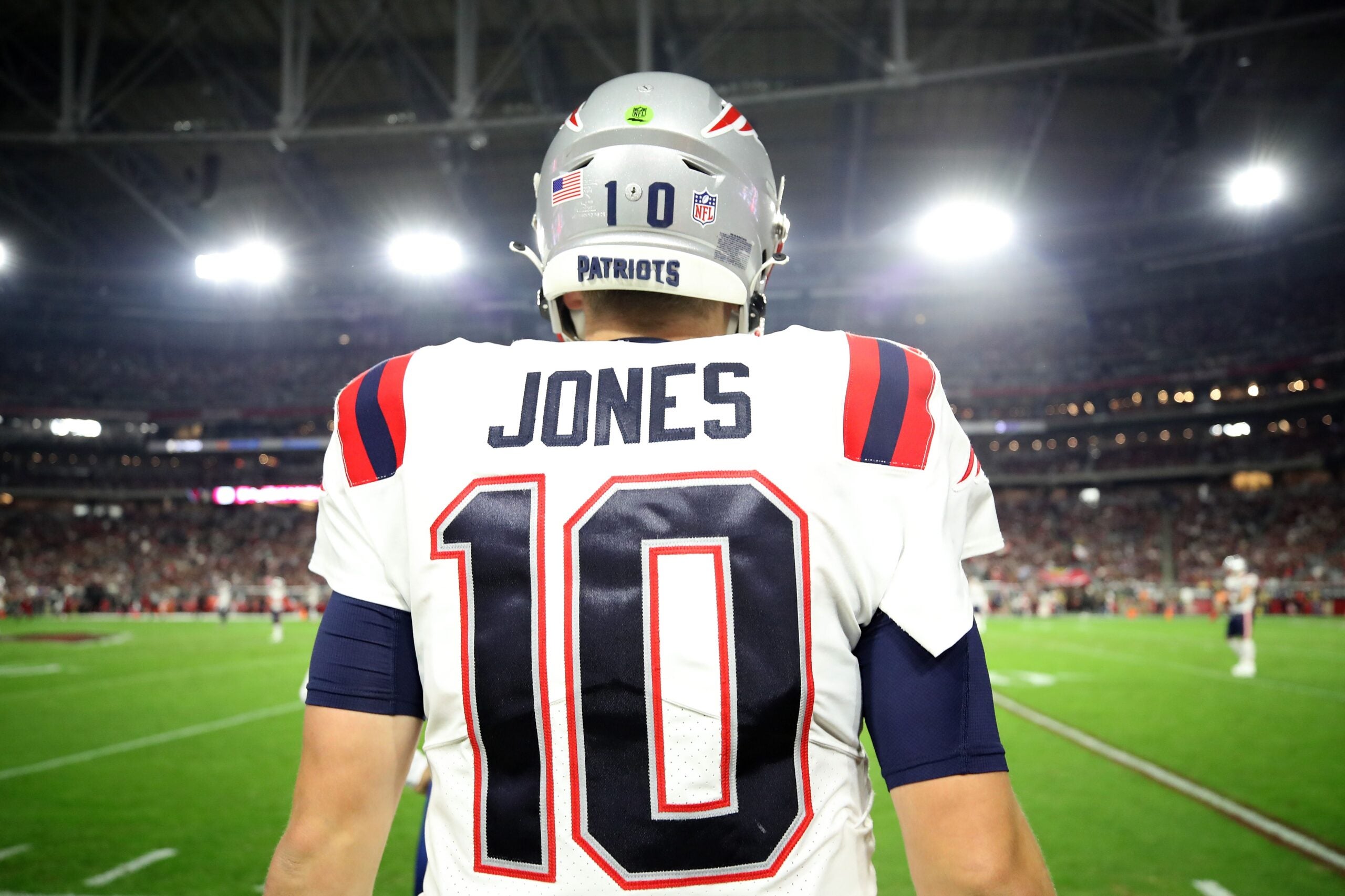 For the second time in as many games, TV cameras caught footage of Mac Jones swearing.

During last week’s loss to Buffalo, Jones was shown swearing on the sidelines. There wasn’t audio, so it wasn’t exactly clear what he said in the moment, but he addressed the clip after the game.

This week, Jones’ frustration was heard loud and clear while he was on the field.

When asked about it on WEEI’s “The Greg Hill Show,” Pro Football Hall-of-Fame cornerback Ty Law said he doesn’t believe Jones’ outbursts are much of an issue.

“I love it. That’s what a leader is supposed to do,” Law said. “He’s supposed to step up. I think he’s doing the right thing. No one says anything when Tom Brady’s breaking tablets. [Has] he earned the right because he’s Tom Brady? Yes. But, as a quarterback you have to step up and show the team that you want it.”

After Monday night’s game, Jones said that he’s not frustrated with the Patriots’ offense and that senior football advisor Matt Patricia called a great game. He told ESPN’s Lisa Salters that he was trying to fire up his teammates, a similar response to how he addressed the Buffalo video.

“As a quarterback and what they’re facing right now, they don’t have a true offensive coordinator, what is a man supposed to do?” Law asked. “You’ve got to show that team that, ‘Look I’m the leader. Follow me. Step up.’”

Law said while he was playing, Patriots coaches heard from players regularly when there were disagreements on calls.

“I don’t think that’s showing up the coach,” Law said. “I think that’s being in the heat of the game. If you get into it with a coach, whether it’s your teammate, we’ve all been there. Do you know how many times that myself, Tedy Bruschi, we’re waving it off? ‘We don’t like that.’ Tedy would just call it [differently] and we’d have to deal with it when we’d come on the sideline. He changed the damn defense [because] he didn’t like the call.”

One of the frustrations that Jones shared after the Buffalo game was with the short passing game. New England stayed conservative with its play-calling again on Monday night.

4 Ways to Gain a Competitive Edge with Market Research