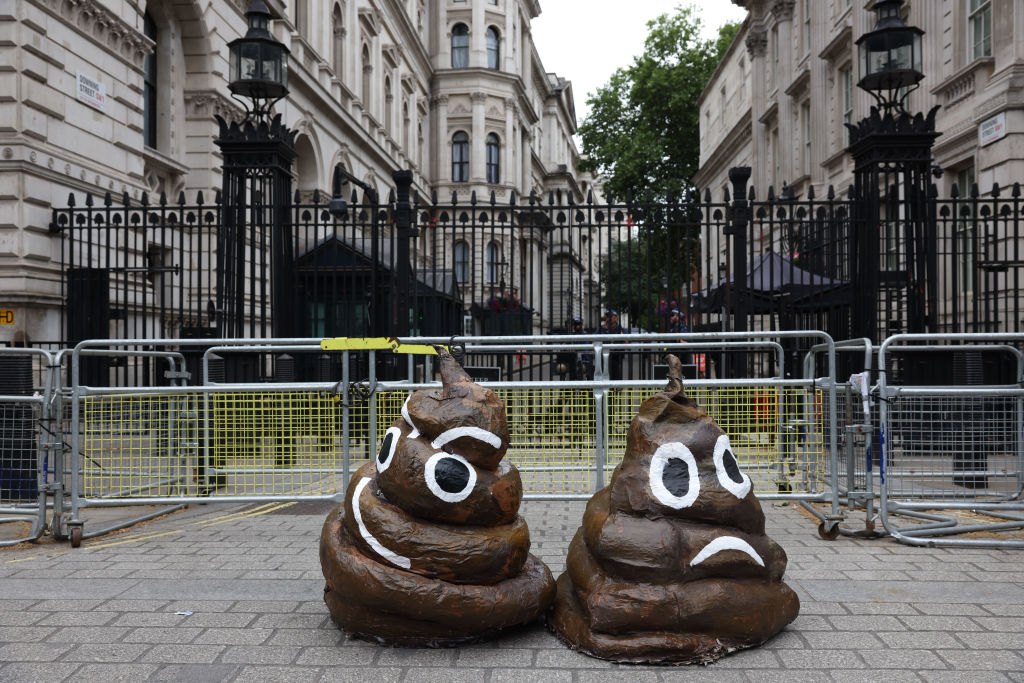 A Texas woman was charged after reportedly dumping 50 pounds of human feces in front of the Electra Police Department last week, according to KXAN.

Mindy Janette Stephens, 46, allegedly the wife of a local assistant fire chief, dropped off the “human s***” while wearing a hazmat suit and a yellow mask, according to one officer who witnessed the bizarre scene.

On Thursday, the officer noticed a person making a suspicious deposit in front of the station on East Cleveland Avenue.

“He went outside to see what was going on and discovered three, 5-gallon buckets of what appeared to be human waste,” an affidavit posted by Law & Crime states.

When the officer confronted her, she plainly stated the buckets were filled with “human s***” and that she was “dropping them off.”

“He attempted to ask what they were doing and a female stated that the buckets were human s— and she was dropping them off. She then got in the vehicle and drove off,” the affidavit says.

The outlet reports that Stephens was identified after a police lieutenant who reviewed the surveillance video recognized her voice.

Police Chief Terry Wooten then informed City Administrator Steve Bowlin about the issue, and added that the woman was the wife of the town’s assistant fire chief.

Suspect Refused To Clean Up Mess, And Was Charged With Illegal Dumping

Bowlin – also is a local firefighter – told Wooten that he would inform Stephens and order her to “come pick up the bucks or face charges.”

An affidavit states she ultimately refused to clean up the mess, noting it was “not her problem.”

Officials with the Electra Police Department said an officer observed on security cameras someone putting something outside of the front of the police/fire station, located in the 100 block of East Cleveland Avenue, the report said. https://t.co/fdYq7wkNsK

Stephens was charged with misdemeanor illegal dumping over five pounds and under 500 pounds, which is a violation of the Texas Health Safety Code.

On Friday, she was released after posting a $2,000 bond, according to the outlet.

Stephens Is No Stranger To Local Law Enforcement, While Motive For Human Feces Incident Remains Unknown

A motive for the incident was not immediately known.

Stephens is no stranger to local law enforcement, and was charged with aggravated assault after reportedly attacking a man with a set of keys back in 2020.

Last year, she pleaded guilty to the lesser charge of assault, and reportedly served a short stint behind bars.