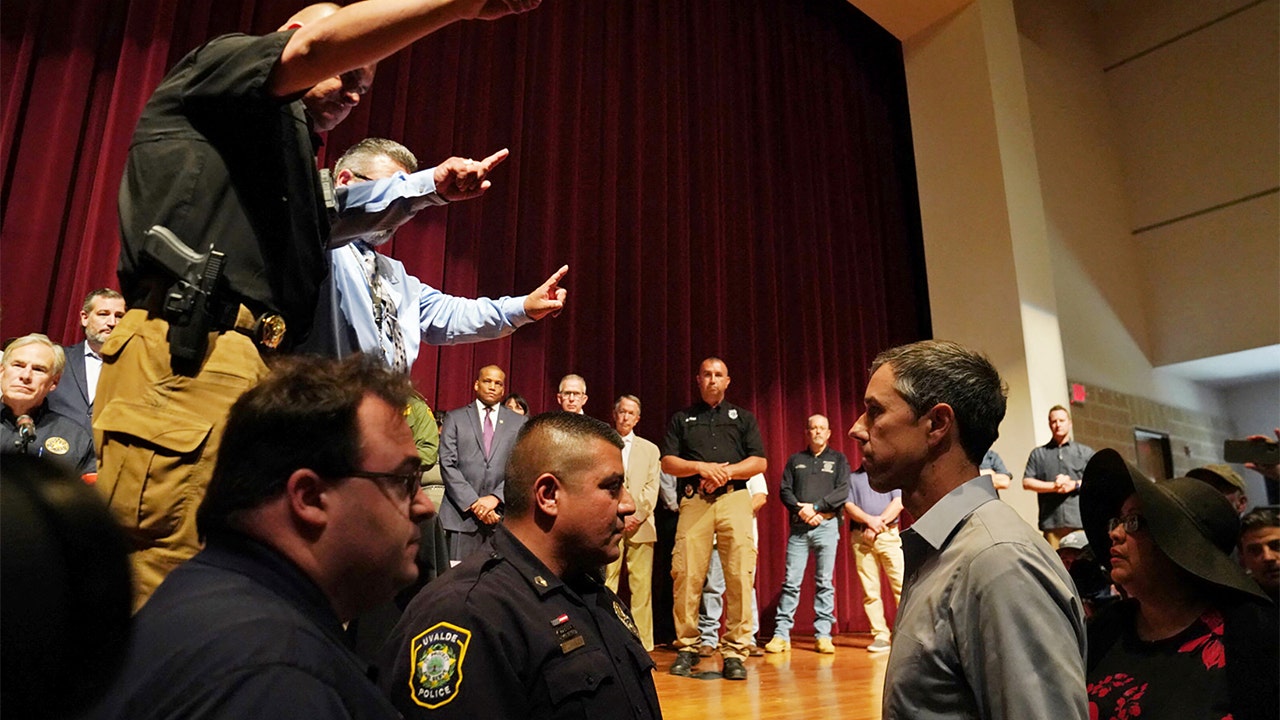 MSNBC’s Nicolle Wallace mourned what she considered unfair treatment of Beto O’Rourke after he interrupted a press conference on the Texas school shooting on Wednesday.

The “Deadline: White House” host featured a clip of the Texas gubernatorial candidate criticizing Gov. Greg Abbott before being shouted at by conference attendees and having security escort him out of the room.

“If that’s how they treat Beto O’Rourke, who was a member of Congress now running for governor, you have to wonder what’s going on down there,” Wallace said.

The press conference was held to provide updates after a deadly shooting at a Uvalde, Texas elementary school left 19 kids and two adults dead Tuesday.

On her show, Wallace continued to defend O’Rourke’s appearance and ripped Republicans for their attacks on Democrats.

“They started a political calculation so that the attacks are projected on to Democrats who want to stop the next shooting. That’s what Beto O’Rourke said what he was doing there today and the right cloaks itself in the most political conduct of all,” Wallace said.

Law enforcement work the scene after a mass shooting at Robb Elementary School in Uvalde, Texas, on Tuesday, May 25.
(Jordan Vonderhaar / Getty Images)

She also called out Republicans for refusing to change their “single-issue voting patterns” or believing it’s “okay” for mass shootings to keep happening.

“You either think it’s okay, and you do not want to change in your considerations in your single-issue voting patterns. And we should talk about that, if that’s the case, or you do not, but if you do not , to this point about waging a culture war from the left on the extremist views of the Republicans who protect the right to carry weapons of war, what is the argument against a background check? ” Wallace said.

While conservatives expressed disgust at the scene, many liberals and even congressional Democrats expressed approval at O’Rourke’s behavior.

O’Rourke is currently running as a Democratic Texas gubernatorial candidate against incumbent Gov. Abbott. The election will be held in November.