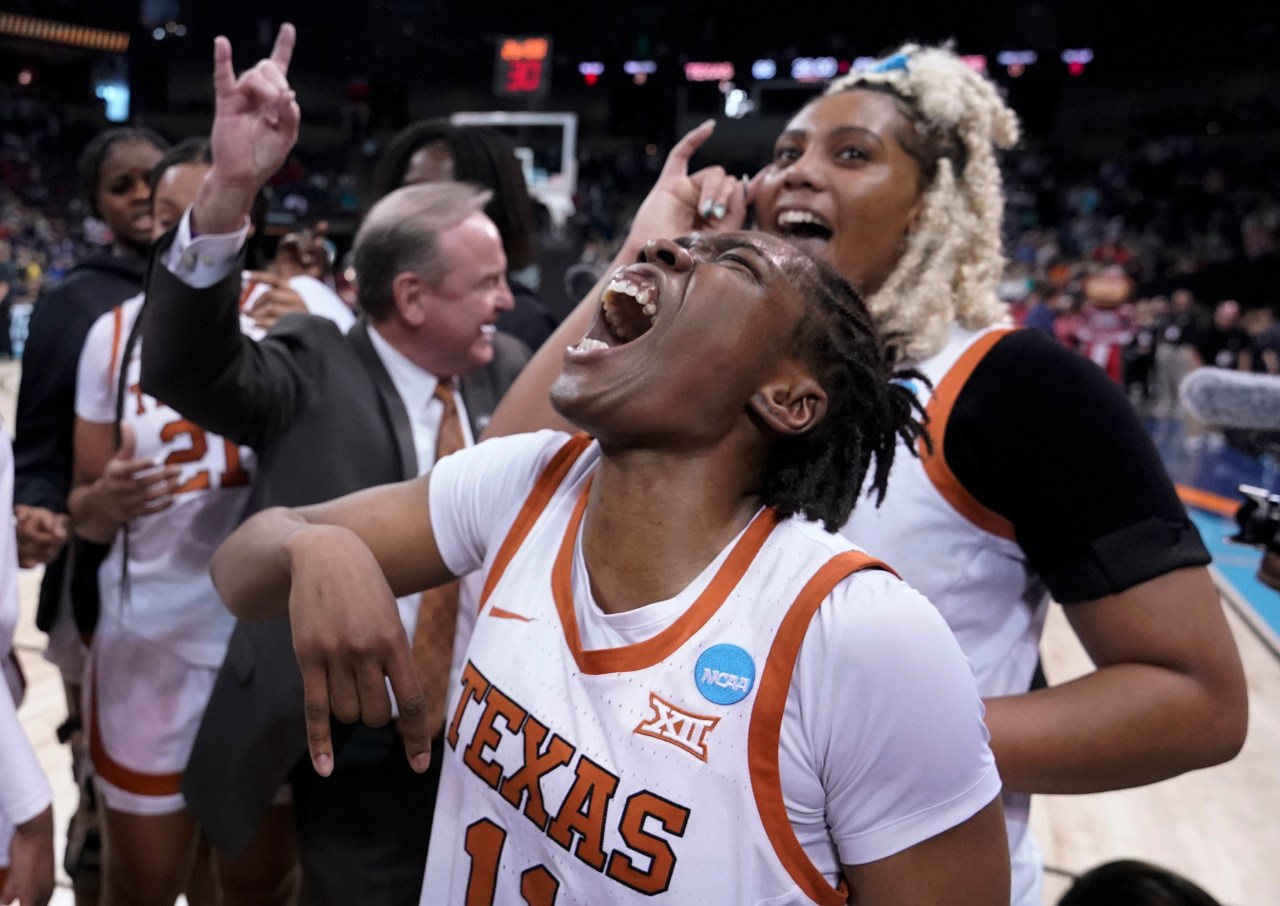 SPOKANE, Wash. (AP) – Texas freshman guard Rori Harmon had four fouls, but coach Vic Schaefer knew he had to put her back in for the closing minutes of the Longhorns’ Sweet 16 contest against Ohio State.

She sank a jumper in the paint and two free throws that proved to be the margin of victory in Texas’ 66-63 victory on Friday night, sending the Longhorns to the Elite Eight for the second year in a row.

“The shot she made to put us up three was as big as there is,” Schaefer said of Harmon, who finished with six points. “Then she goes and makes two free throws. She’s just different, in a real special way. ”

Joanne Allen-Taylor scored 17 points and Aliyah Matharu added 10 points for Texas (29-6). The No. 2 seed in the Spokane Region has won 14 straight games since last losing on Feb. 6 – the second-longest active streak behind Stanford.

“I had to get some buckets for our team when we needed them,” Allen-Taylor said.

“She carried us tonight,” Schaefer said of the senior.

Taylor Mikesell scored 19 points and Jacy Sheldon had 17 for sixth-seeded Ohio State (25-7), which has not advanced beyond the Sweet 16 since 1993.

Sheldon said Ohio State proved it was “one of the best teams in the country” and that it was a “great season for us.”

Texas made five shots in a row to build a 60-50 lead in the fourth quarter, but the Buckeyes scored eight straight points to pull within two.

Lauren Ebo made a pair of free throws for Texas and Harmon’s basket lifted the Longhorns to a 64-61 lead with just over a minute left.

Tanaya Beacham cut the Texas lead to 64-63, and the Buckeyes called time out with 28 seconds left. Sheldon missed a jumper on the ensuing play and Texas rebounded. Harmon took a hard foul after getting the ball past half court, then sank both free throws for a 66-63 lead with 10 seconds left.

A 3-point attempt by Beacham was blocked by freshman Aaliyah Moore as the game ended.

Schaefer called that block a “heck of a play defensively,” adding, “even as a freshman she could keep her head in it.”

Texas took the first lead of the game, and the teams traded leads but the Longhorns were up by two at the half. Allen-Taylor had 13 points in the first half to lead all scorers.

Early in the third was much the same until a 9-0 run – ignited by Allen-Taylor and capped by Matharu’s 3-pointer – put Texas ahead 44-36.

Mikesell’s 3-pointer brought Ohio State within 44-43, but the Longhorns had built a 50-45 lead at the end of the third quarter.

Buckeyes’ coach Kevin McGuff said his team had a chance to tie in the closing seconds, but Moore “did a great job defending” the 3rd.

“I’m proud of our fight,” McGuff said. “We came up short against a great, great Texas team. I’m hoping this experience gives us a chance to learn and grow. ”

Ohio State: The Buckeyes came in averaging 78.6 points per game, eighth in the nation, but were hampered by 43% shooting.

Texas: The Longhorns rely on a pressure defense to disrupt their opponents, and allow just 56.5 points per game. They are 25-1 this season when leading at halftime.

Texas will play Stanford, a 72-66 winner over Maryland, in the Elite Eight on Sunday.