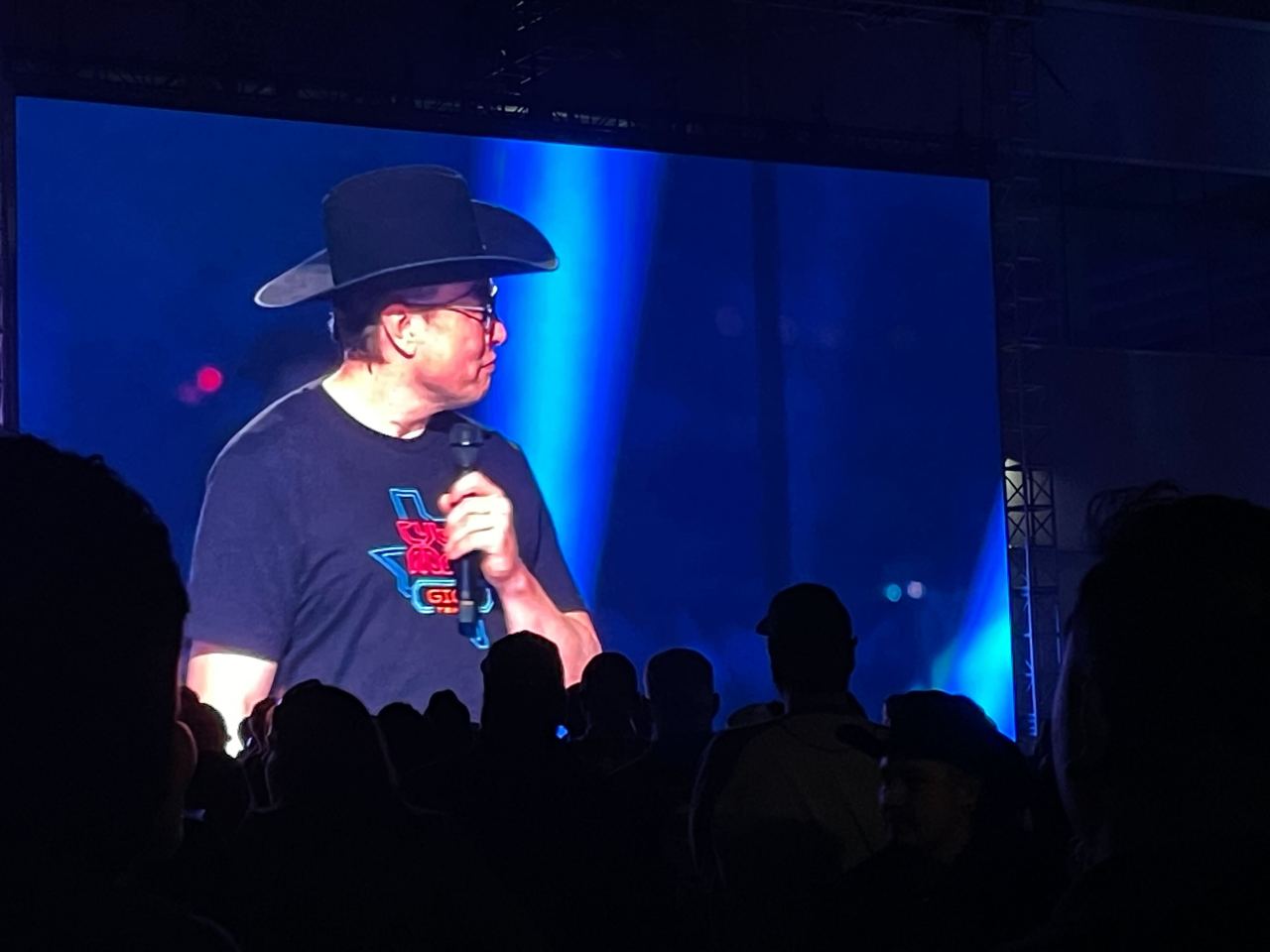 TRAVIS COUNTY, Texas (KXAN) – “We needed a place where we could be really big. And there’s no place like Texas, ”Tesla CEO Elon Musk said to a cheering crowd of thousands.

Musk, dressed in a cowboy hat and sunglasses, thanked Austin and Travis County.

He said they’re still expanding in California, and that Giga Texas is the largest factory in the world by volume.

Musk also said the company is entering a new phase with its sixth factory and new global headquarters in Travis County.

“It’s also going to be better for the environment, because we want to make the cars where the customers are, and not put them on ships across the oceans, so it’s going to be way better to make the cars locally,” he said during his speech, which was also live streamed online.

CS Freeland, founding executive director of a start-up called the Austin Venture Association, helped set up for the party and attended it.

“The entrepreneurship ecosystem here in town is growing, and that’s one of the reasons we started the Austin Venture Association, is to help startup founders here in the region,” she said. “And obviously having Elon Musk and all his portfolio companies in town, I think is really going to help attract even more energy to it.”

Freeland added the tech scene has “exploded” in Austin.

“Just the spirit of entrepreneurship, it’s the wild wild west, y’all!” she said.

The Cyber ​​Rodeo included live music, carnival games, art installations, and was capped off with fireworks.

Dozens of people who did not get one of the 15,000 invites to the party watched from outside the mega-facility Thursday.

Mark Hennings said he’s a fan of the company partly because of Musk’s mission.

Elon Musk is a man who, you know, he’s more than an entrepreneur, genius – he actually wants, I think, to do well… save the earth, get us to Mars, help with global warming and all that, so that’s part of the reason we’re here, ”he said. Hennings is a Tesla owner and investor who came to Austin from the Cayman Islands to watch.

“We’re retired and I said to Mark, ‘What would you like to do for your birthday? We can go anywhere in the world, it’s your choice, ”said his girlfriend, Kelly Autridge. “And he chose to come here to sit in the car and have a picnic – and that’s exactly what we’re doing!”

Tesla is getting billions in tax rebates and incentives for choosing Travis County as home.

In the past, Musk tweeted it’s a more than $ 10 billion investment “over time.”

Matt Patton, Angelou economics executive vice president, says their rough numbers indicate a $ 15 billion economic impact in just the first year, based on capital expenditures related to the construction of the factory and the jobs.

Patton said it’ll likely be 10 times that amount over the next 10 years.

“It was very difficult, but it’s done,” Musk said of the construction of his new facility, stating that Giga Texas is the size of three Pentagons – taller than the Eiffel Tower in France and Burj Khalifa in the United Arab Emirates.

Musk said this new factory is as unique as the cars it will be manufacturing.

“This building is the most advanced car factory that Earth has ever seen,” he said.

What happened at ‘Cyber ​​Rodeo’ party in Tesla’s gigafactory

Elements that have traditionally been completed separately at other facilities will now be under one roof – from the entry of raw materials to final production of a car.

“We’re building our own battery cells, we think the most advanced cell in the world, here at Giga Texas,” Musk said.

Over time, he said he thinks this will be the biggest cell factory in the world.

He said the goal is to get to 500,000 Y models per year, and start manufacturing Cyber ​​Trucks at the facility next year.

Musk said the company is already seeing massive growth, delivering over 1 million cars worldwide in the past year. He also said about two-thirds of electric vehicles in the US are Tesla-made.

“In order to make a real difference, a really big difference to sustainability, we have to make a lot of cars, a lot of stationary packs, to transition the world to sustainable technology as quickly as possible,” Musk said.

“We’re going to make sure it’s safe – no Terminator stuff, that kind of thing,” he said. “It’s really going to transform the world, I think to a degree even greater than the cars.”

He hopes the first version of Optimus to be in production next year, along with the roadster and semi-truck.

Musk also introduced a parade of cars on stage, saying they were “the first Tesla cars made in Texas.”

Musk talked about the Tesla Cyber ​​Truck and how much he loved them, and then he drove off in one.