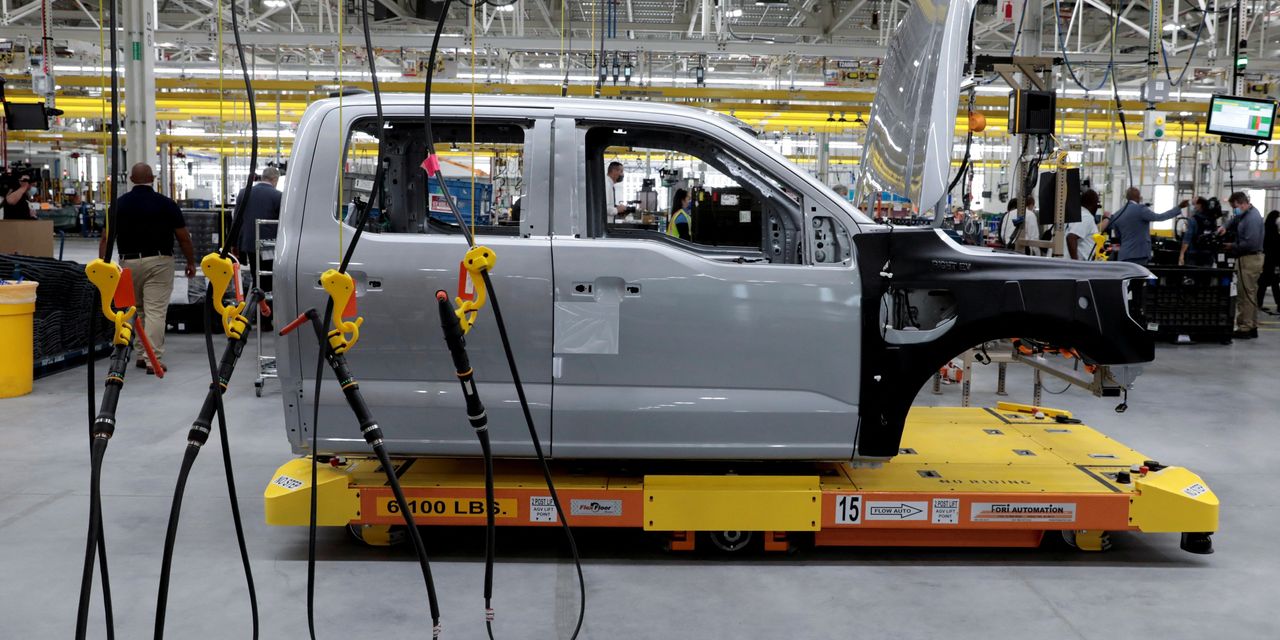 The Senate climate bill passed over the weekend offers trillions of dollars for electric-vehicle and battery factories, and includes rules that the auto industry says will make it tougher for some consumers to qualify for EV tax breaks.

The bill, which passed 51-50 on Sunday, sets aside more than $15 billion to retool factories and build new ones, according to industry groups. The measure aims to help traditional auto makers, startups and suppliers as they grow their facilities to collectively roll out dozens of EV models in the next couple of years.

The industry has already invested more than $100 billion to increase production of electric vehicles in North America, according to the Alliance for Automotive Innovation, which represents major car companies.

EV charging companies and businesses that operate commercial fleets of EVs also stand to benefit from the bill, which is scheduled to be voted on by the US House of Representatives on Friday.

The legislation adds new rules that determine which electric models, and which consumers, qualify for a $7,500 tax subsidy that has been in place since 2009. The end result, say auto-industry lobbyists, is that most EV purchases wouldn’t qualify, that at least for a few years.

“That’s a missed opportunity at a crucial time, and a change that will surprise and disappoint customers,” said John Bozzella, head of the industry alliance.

Many EVs are costlier than traditional combustion engine vehicles, and manufacturers have long sought subsidies to draw buyers.

The legislation essentially eliminates from the subsidy any vehicle that gets any of its battery raw materials and components from China, according to lobbyists’ interpretation of the bill’s language, and sets minimum thresholds for the value of battery components that must be manufactured or assembled in North America.

Of the 72 models that qualify for the credit today, 70% would become ineligible as soon as the measures take effect, and none would qualify for a full credit once additional battery-sourcing requirements kick in, Mr. Bozzella said.

Some Republican lawmakers argued against extending a tax credit for EVs, many of which have long buyer waiting lists. Industry officials have said financial incentives are needed to spur demand beyond early, wealthier buyers, which they say will be critical for large-scale adoption.

is up 8%. Shares of electric-truck maker Rivian Automotive Inc. and Ford Motor co.

Any benefits from the bill will fall unevenly across car companies, depending on the prices of their vehicles, their customers’ household incomes, and how quickly they are able to rewire supply chains and manufacturing footprints, analysts say.

The bill would give an immediate boost to Tesla and GM by potentially making their models eligible for the $7,500 for the first time in years. Each company years ago hit a 200,000-vehicle manufacturer cap that triggered a phaseout of the tax credit on their EVs.

That cap would go away under the legislation. Toyota TM -0.71%

also hit that limit this summer, while Ford and Nissan are approaching the mark.

The tax credit could especially benefit Tesla because of its outsize share of the EV market, roughly 70% in US sales, according to investment bank Evercore ISI. The tax subsidy would make Tesla’s models cheaper relative to the gas-powered vehicles that still dominate the lineups of traditional car rivals, Evercore said.

Still, the new sticker price and income limits are likely to put the tax break out of reach for some Tesla customers. Under the bill, cars priced above $55,000 would not be eligible for the subsidy. The limit for SUVs, pickup trucks and vans is $80,000. Several Tesla models would exceed those limits when factoring in extra features and add-ons.

Tesla did not respond to a request for comment.

New income limits could also curtail access to the EV credit for higher-earning customers. Under the bill, buyers with household incomes above $150,000 for individuals and $300,000 for married couples would not qualify.

The limits on sticker prices and income levels could disqualify for the tax credit many models from luxury auto brands as well as EV startups, such as Rivian, which has said most of its vehicles wouldn’t qualify.

The recently launched EQS sedan is priced at more than $100,000.

each sell SUVs with starting prices around $42,000, for example. GM plans to release an electric Chevrolet Equinox compact SUV with a starting price around $30,000.

Ford’s recently launched Lightning EV pickup has a starting price around $40,000, although some versions exceed $80,000. GM’s Chevy brand is expected to roll out a Silverado EV pickup that would offer several models priced below the $80,000 threshold.

The legislation also boosts potential tax credits for the construction of some EV charging stations to as much as $100,000 per charger, up from $30,000 per site currently, and extends the program by a decade. Operators of commercial fleets could receive up to $100,000 per charger, more than triple the incentive today for their sites.

The bill includes bidirectional charging equipment, which can feed electricity from a vehicle battery into a building or the power grid. While so-called vehicle-to-grid uses aren’t common yet, several pilots are under way by utilities, fleet operators and charging and tech companies.

Ultimately, the long-term effect of the EV tax credit could hinge on how the final rules regarding supply chains are written, and how quickly car makers and suppliers can adapt, analysts say.

“The targets for the EV credits are a tall order,” said Joe Britton, executive director of the Zero Emission Transportation Association, a trade group that supports EV adoption. “But this also offers a lot of tools to help folks pull their supply chains out of China.”

—Jennifer Hiller contributed to this article.

Write to Mike Colias at Mike.Colias@wsj.com