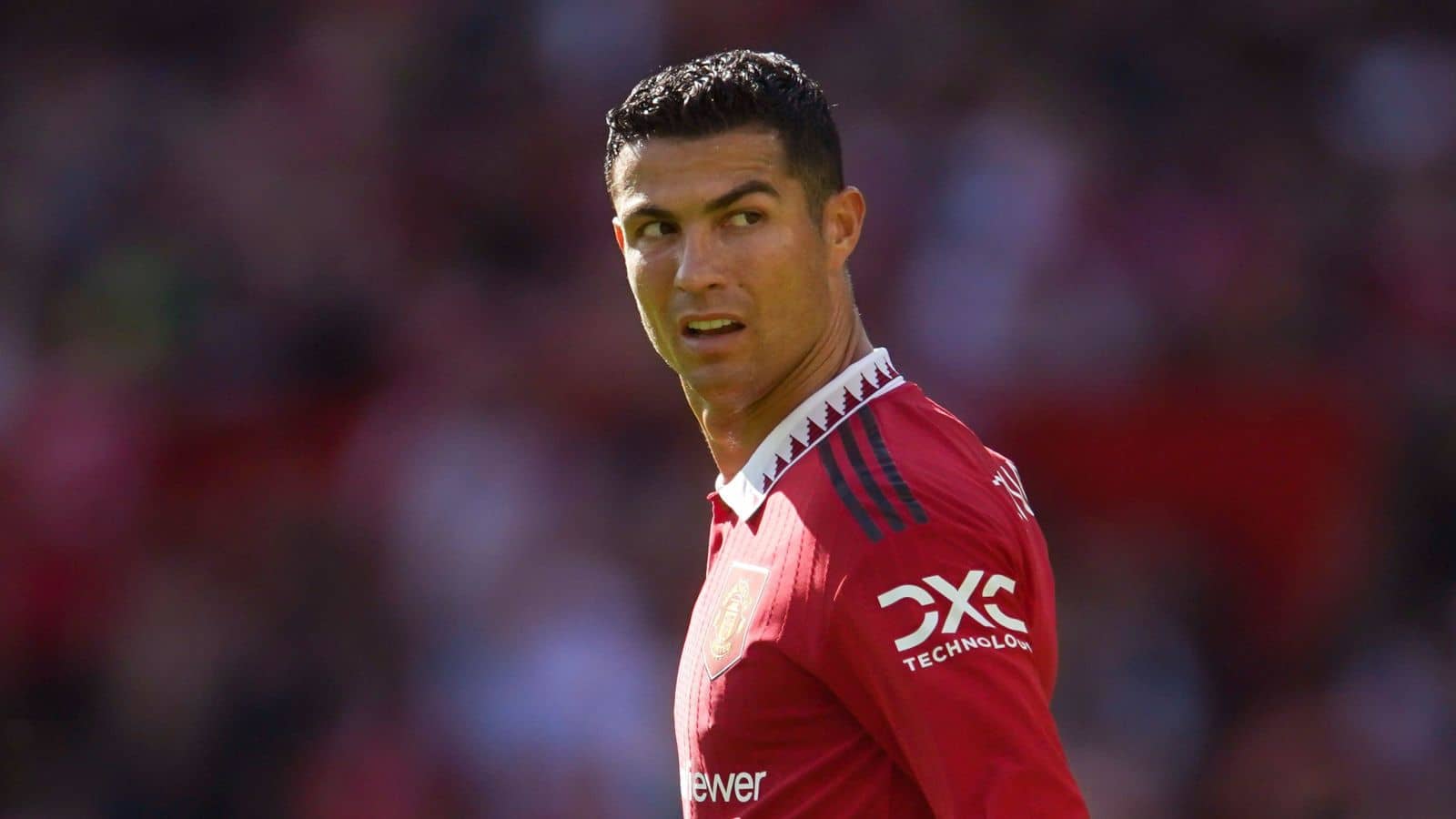 Unsettled Manchester United forward Cristiano Ronaldo is likely to be offered an unexpected new route out of Old Trafford, with the president of Corinthians going public with his wish to sign him.

Ronaldo made a headline-grabbing return to Old Trafford last summer after 12 years away. And despite personally triumphing, scoring 24 goals in 38 appearances, the move is very quickly turning sour. And after seeing the club finish sixth – outside the Champions League places – Ronaldo has made clear his wish to leave.

To that end, Ronaldo has charged his agent Jorge Mendes with finding him a new club. That said, a number of potential exit avenues have also seemingly closed the door on a deal. To that end, the likes of Chelsea, Bayern Munich and PSG have all played down their reported interest.

Atletico Madrid are also reportedly in the mix to sign him, although protests over the prospective deal mean that too looks unlikely.

As such, Ronaldo’s future looks no closer to being resolved as the new season prepares to get underway.

Furthermore, United boss Erik ten Hag is looking to play down the apparent unrest with the player.

Questioned about Ronaldo’s actions of leaving early from Sunday’s pre-season friendly with Rayo Vallecano, Ten Hag has spoken out with a firm message about the player.

“There were many players who left early and the spotlight is on Cristiano – that is not right. Do your research,” Ten Hag exclaimed.

“I am really happy. We have a top striker. He is here and is in the squad.”

However, Ten Hag has previously suggested Ronaldo will start Sunday’s game against Brighton on the bench. However, since this leaked report emergedUnited have lost Antony Martial to injury.

However, despite Ten Hag playing down speculation, all the signs continue to point towards the exit door for Ronaldo.

Now a surprise new transfer avenue is set to open up for the player with Corinthians expressing their wish to sign him.

A move to Sao Paulo and Brazil would certainly raise a few eyebrows. However, their president Duilio Monteiro Alves insists they are keeping abreast of his situation and may soon launch an approach.

Alves said via Mundo Deportivo: “It’s true, I dream big. This is Corinthians! Aren’t Willian and Renato Augusto here? In football everything is possible and I have the obligation to give my best for Corinthians.

“Is it possible? I don’t know. We didn’t try, we didn’t investigate, there was no such possibility, but we are keeping an eye on him. Imagine that he suddenly wants to play in Brazil…”

And it’s believed that approach could be made as early as next week, depending on the outcome of Sunday’s game.

That’s as they await to see Ronaldo’s reaction to being benched, should that happen, during Sunday’s game.

The last time such an even happened – ahead of March’s 4-1 defeat at Man City – Ronaldo developed a mystery injury and was unavailable for the game.

A repeat of such an episode will not go down well with Ten Hag, who demands maximum professionalism from his players.

To that end, interested clubs, such as Corinthians, may see Monday as an ideal time to make their move, sensing all parties’ vulnerability.

That said, it appears unlikely that Ronaldo would consider a move to Brazil. While they do speak his native tongue, his primary desire is to carry on playing in the Champions League and to extend his goals record in the competition. A move to Sao Paulo would obviously deny him that.

Either way, Manchester United and Ten Hag need the saga concluding. To that end, the silence from Cristiano Ronaldo is almost deafening.

With a new season upon them, the lack of uncertainty will not go down well with anyone. Furthermore, by pushing to leave, the star will be in danger of damaging his Manchester United legacy.

But if Ten Hag can get him onside, it will be interesting to see how he decides to use the star through the 2022/23 season.

Rio Ferdinand, meanwhile, has offered his verdict on the Ronaldo situation and explained why United cannot afford to let him go.