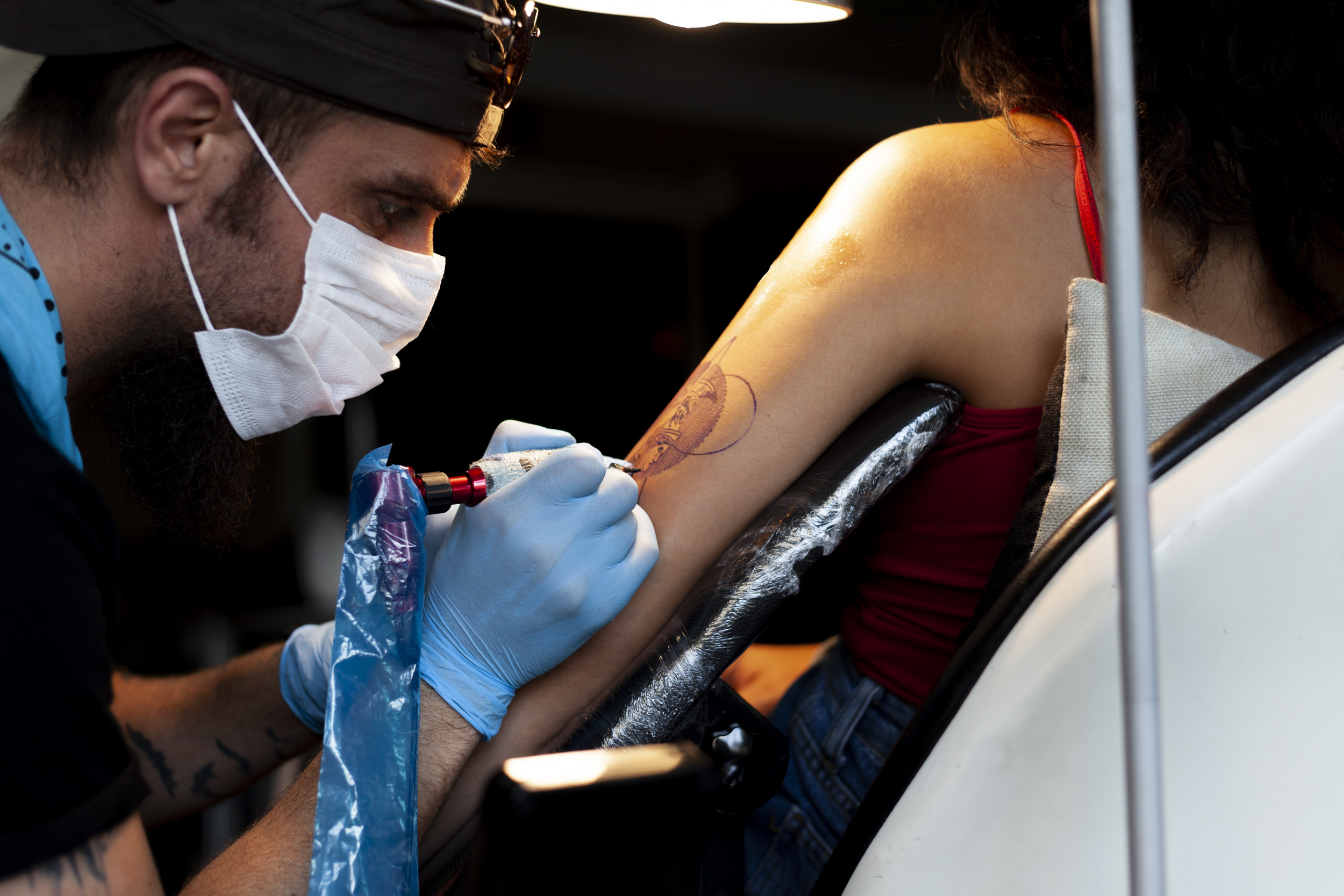 In a new viral post on Reddit, the internet has dragged a teen for getting matching “I love you” tattoos with her best friend.

Published to Reddit’s r/AmITheA**hole forum, a teen under the anonymous username u/throwaway7282829292 shared her story in order to receive opinions from the “AITA” community. The popular post has over 4,700 upvotes and 2,800 comments.

The 19-year-old Redditor began her story by explaining that she has been best friends with “Devon” since they were teenagers and that they have become very close over the years. She said that her friendship with him means more to her than any other relationship she has.

When they were 16, they had the idea to get matching tattoos. Since they were underage, they weren’t allowed to get them at the time. Their idea for the tattoo was to remind themselves that they are always there for each other. After their conversation, the tattoo idea was never mentioned again.

Years later, when passing by a tattoo parlour, she reminded Devon of their matching tattoo idea and they went forward with the idea.

She wrote, “We took a few days to decide on the design (my friend is a graphic designer so she made it for us), but it’s basically a lightbulb shaped like a heart with the words ‘I’ll be your light, love you always’ sort of woven through the image. The lightbulb thing is an inside thing between us, and we always say ‘love you/i love you,’ so it wasn’t anything off putting.”

“And then the day before the appointment was scheduled, Devon’s girlfriend ‘Bianca’ came up to me hysterically, saying that we couldn’t go through with the tattoos (I’m assuming Devon must have told her). She didn’t really give me any room to speak, but she talked a lot about how uncomfortable the idea made her (they’ve been in an extremely serious relationship for a while, and he was starting to consider proposal),” she continued.

She told Bianca that she was still going to get the tattoo, as Devon means a lot to her, and it was both of their ideas to move forward with the tattoo appointment.

“Bianca called me and started freaking out. Apparently I’m a horrible person and the tattoo was too romantic (even though it WAS NOT. We’re just extremely close friends. I’m sure she has friends she would say ‘I love you’ to. It’s not a big deal). But now she’s saying she wants it to be removed,” she said.

The OP (original poster) remains conflicted after posting an edit to the post, she explained that she didn’t want to ruin Devon’s relationship with Bianca but she doesn’t want to get rid of the tattoo either.

She went more into detail about how Devon doesn’t want to get the tattoo removed either and reiterated that the “I love you” was “completely platonic.” She briefly discussed their struggles with mental health and how she felt “unlovable and unworthy of love” and Devon being there for her helped. The lightbulb reminded both of them that it “brought light into the other’s world when it felt completely hopeless.”

Why People Get Matching Tattoos With Friends or Significant Others

Many people want to get tattoos with friends or significant others to express how meaningful their relationship is to one another. People get matching tattoos with someone to share something unique that is special to them, according to luckydevilletattooco.com. A tattoo can also create a significant impact on someone that can help increase a positive impact on body image.

Newsweek has published several articles related to tattoos, including an artist that discussed the strangest tattoos they’ve ever done or seen, a teen showing off their “terrible” tattoo that left the internet speechless and how the internet slammed a man for saying “every tattoo on a woman is a bad tattoo.”

u/booksandmints, receiving the top comment with over 10,000 upvotes, wrote that “[Everybody sucks here]. You – for being insensitive and not understanding that the tattoo will be seen by everyone but you as romantic in nature. You’re not [the a**hole] for getting it in the first place as you’re not the one in the relationship, but you are soft [a**hole] for being belligerent about it.”

“Devon – for not understanding the same as you, and for going ahead with it despite how Bianca feels about it. Bianca – for blaming and going after you instead of Devon. Akin, in a less significant way, of blaming the mistress for the husband having an affair,” they continued.

u/User-redit1337 questioned, “[You’re the a**hole] This tattoo shows everyone that you are the most important woman to him and not his girlfriend. Why do you think she wouldn’t care?”

“[You’re the a**hole]. You guys are publicly and permanently declaring love for each other. With a heart shaped tattoo. That is super weird and uncomfortable. ‘Bianca’ will be reminded every day that she will always come second to you, and will never be the biggest priority in ‘Devon’s’ life. You two are both very inconsiderate of her feelings,” u/sneaky_sheeps exclaimed.

“[You’re the a**hole] but not as big as Devon. She likely will leave him since you and Devon are just trying to justify what you did instead of seeing how hurtful choosing a romantic tattoo was for her. I’d end the relationship if it were me. No one wants to be second in importance to your significant other,” u/DottedUnicorn echoed.

u/throwaway7282829292 spoke to Newsweek about the Redditors’ reactions to her situation and how she “has mixed feelings” about them.

“I’ve gotten a lot of valid advice, as well as support from people who understand the situation,” she said. “People have come into my dms offering support because of the mental health aspect, and it’s helped me feel a lot better.”

“However, I’m also being attacked by some people, and I think while they are entitled to their opinions (and some have raised valid points), being constantly told that I’m lying about my feelings, and sometimes my sexuality, is really disheartening,” she continued.

She mentioned in many comments that she is a lesbian.

“It’s also unpleasant that people dm me simply to s**t on me for… having a platonic friend and not admitting to feelings that DO NOT EXIST,” she concluded.