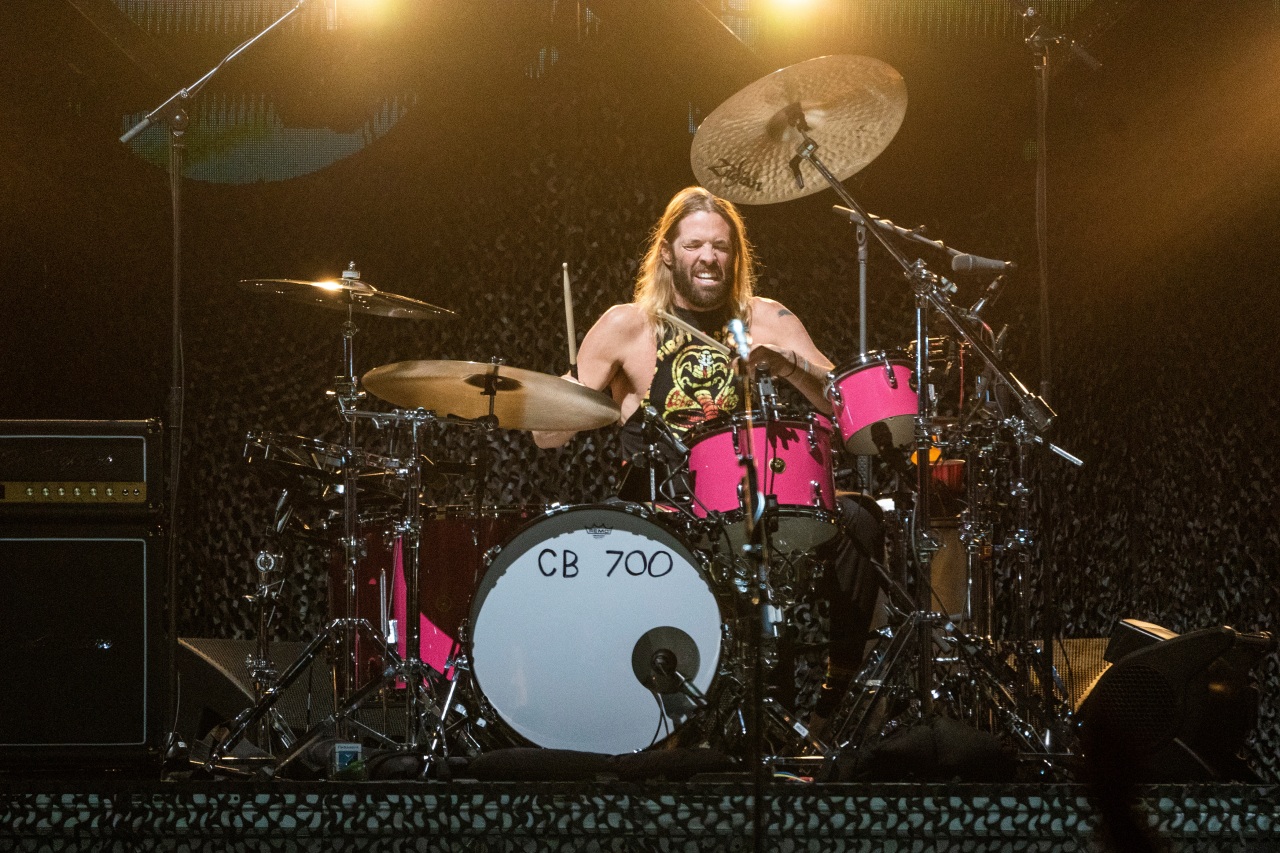 (WHTM) – Taylor Hawkins, drummer for the Hall of Fame rock band Foo Fighters, has passed away, according to a statement from the band’s Twitter page. He was 50 years old.

The band’s statement released on Friday night said Hawkins’ passing was “tragic and untimely” and that his “musical spirit and infectious laughter will live on with us forever.”

A cause of death was not released and the band asked for privacy “in this unimaginably difficult time.”

Hawkins was Foo Fighters’ drummer for 25 of the band’s 28 years of existence, taking over for original drummer William Goldsmith in 1997.

He also occasionally took the mic as lead singer, including on songs “Cold Day in the Sun” and “Sunday Rain,” according to Rolling Stone.

And when the Foo Fighters linked up with Jimmy Page and John Paul Jones of Led Zeppelin for the Foo Fighters’ 2008 concert at Wembley Stadium, it was Hawkins who belted out the Zeppelin classic “Rock and Roll.”

Still, Hawkins was praised most as the drummer for the Foo Fighters, the winners of 12 Grammys. Their first Grammy came in 2000 for their “Learn to Fly” music video, and four of the band’s Grammy awards were for Best Rock Album.

The band was inducted into the Rock and Roll Hall of Fame in October 2021 during their first year of eligibility.

The Foo Fighters are nominated for three Grammys this year for Best Rock Song (“Waiting on A War”), Best Rock Album (“Medicine at Night”), and Best Rock Performance (“Making a Fire”). The 64th Annual Grammys are scheduled for April 3, 2022.

According to the band’s website, the group was scheduled to perform in Bogotá, Colombia, on March 25 as part of an international tour. Their next performance was scheduled for March 29 in Brazil, followed by a return to the United States in Memphis on April 29.

Hawkins is survived by his wife, Alison, and three children.

Born Oliver Taylor Hawkins in Fort Worth Texas in 1972, Hawkins was raised in Laguna Beach, California. He played in the small Southern California band Sylvia before landing his first major gig as a drummer for Canadian singer Sass Jordan. He then spent the mid-1990s as the touring drummer for Alanis Morissette before Dave Grohl asked him to join the Foo Fighters.

This is the second time Foo Fighter’s Grohl has experienced the loss of a bandmate. Grohl was the drummer for Nirvana when Kurt Cobain passed away in 1994.

The rock ‘n’ roll community paid tribute to Hawkins as news of his death was made public, including from Black Sabbath frontman Ozzy Osbourne, who called Hawkins “truly a great person and an amazing musician.”

“My heart, my love and my condolences go out to his wife, his children, his family, his band and his fans. See you on the other side, ” Osbourne wrote on Twitter.

The Associated Press contributed to this story.