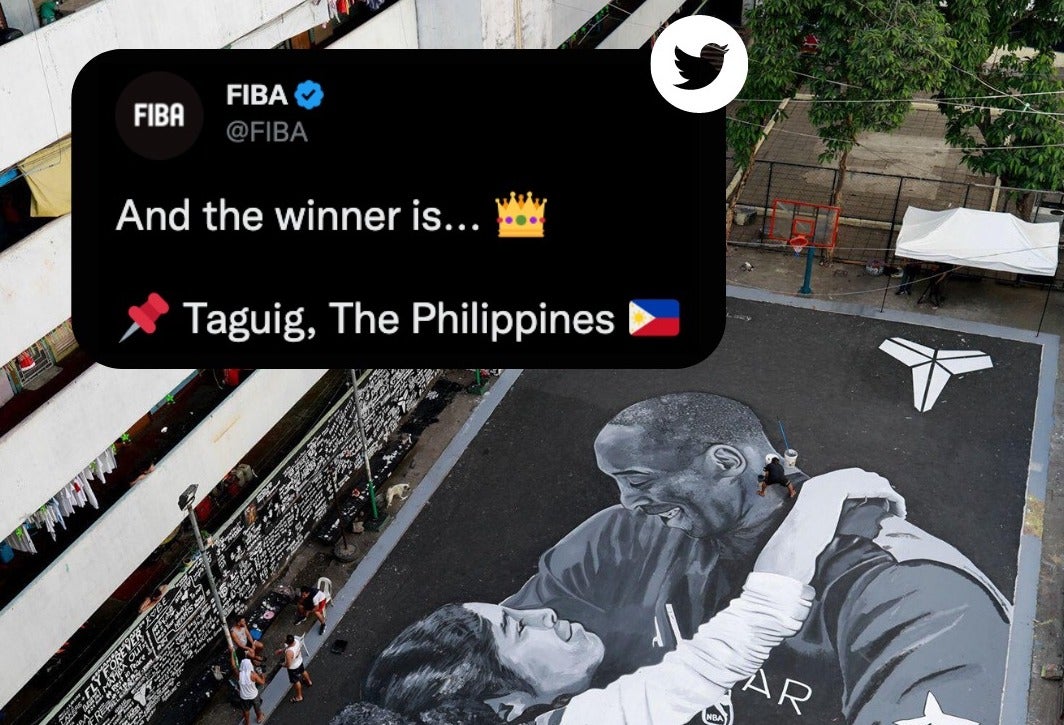 MANILA, Philippines—The Philippines may have ranked 40th in the most recent Fiba World rankings, but the country can boast of having the best hardcourt in the world.

Taguig’s The Tenement was named the best basketball court in the world, determined by a Fiba-sanctioned survey.

The sports’ diehard fans chose The Tenement over Dubrovnik City Rooftop Court in Croatia by a narrow margin. The survey showed Taguig’s court was chosen by 53 percent of the voters while Croatia’s court garnered 47 percent.

That’s a wrap from Courts Showdown on FIBA Twitter & YouTube, and we got a winner 🏆📌 Taguig / Philippines 🇵🇭

One of the most notable court designs from the Tenement is touching tribute to the late Kobe Bryant with his daughter, Gigi Bryant.

However, the Bryants were not the only legends highlighted by the court. It also featured the first Olympic medalist of the country, Hidilyn Diaz.

Just recently, Utah Jazz guard Jordan Clarkson pulled up to The Tenement when he went to Manila during his brief Gilas Pilipinas stint and gave out shoes to kids.

Amy Schumer opens up about battle with endometriosis


Take a Look Inside a Delivery Drone Command Center