It is understood the deployment of at least two Albanian officers to Dover has been proposed by Gledis Nano, general director of the Albanian state police, during a visit a month ago to meet National Crime Agency chiefs and Home Office officials. All migrants are fingerprinted and photographed by the Border Force on arrival. “This … Read more

Senior Tories warned that the next prime minister needed to rein in both legal and illegal migration to make good on the Government’s manifesto pledge to take control of Britain’s borders. Sir John Hayes, a former Home Office minister and chair of the Common Sense group of MPs, said increased migration was putting pressure on … Read more

Priti Patel, the Home Secretary, has struck a deal with the Albanian government to station Albanian police officers at Dover to question migrants and help fast track their removal back to the Balkan state within “two to three weeks.” Presented with the video evidence uncovered by The Telegraph on Thursday, Ms Patel said: “Social media … Read more

Albanian criminals deported from the UK for drugs and violence are sneaking back into Britain in the face of a government crackdown on gangsters from the Balkan country, police and court sources reveal. At least five dangerous criminals deported for crimes including firearms offenses have been jailed in the last 18 months after returning to … Read more

Almost four in 10 Channel migrants are from Albania, where there has not been a conflict for a quarter of a century, a military intelligence report reveals. The document, marked “official sensitive”, shows that almost three times as many migrants arriving in the UK from France came from Albania than any other nation. The report, … Read more

Following the accident on Aug 2, footage was shared by horrified onlookers that showed the father confronting Mr Tase. In the video, Mr Avdia is seen grappling with Mr Tase after the white speedboat returns to shore. Mr Tase was on Friday expected to appear before a court charged with manslaughter, according to local media … Read more

By proclaiming their support for Ukraine and Moldova becoming official candidates for EU membership, the leaders of France, Germany and Italy on Thursday sent an unequivocal message to Vladimir Putin: the Soviet sphere of influence is dead – and it will not be resurrected by force. The leaders – French President Emmanuel Macron, German Chancellor … Read more

Press play to listen to this article Ukrainian President Volodymyr Zelenskyy on Thursday delivered an emotional – and highly personalized – pitch for his war-torn country to join the EU, but his pleas were largely rebuffed by the bloc’s leaders, who offered sympathy but no new assurances. Zelensky’s speech, delivered by videoconference, was his third … Read more

When police raid the disused industrial buildings or residential properties housing the cannabis farms, the “laborers” often claim that they are victims of trafficking and exploitation to avoid prosecution and deportation. In its annual strategy report, the NCA noted that Albanian nationals were “increasingly reported as being exploited in cannabis cultivation in England and Wales, … Read more 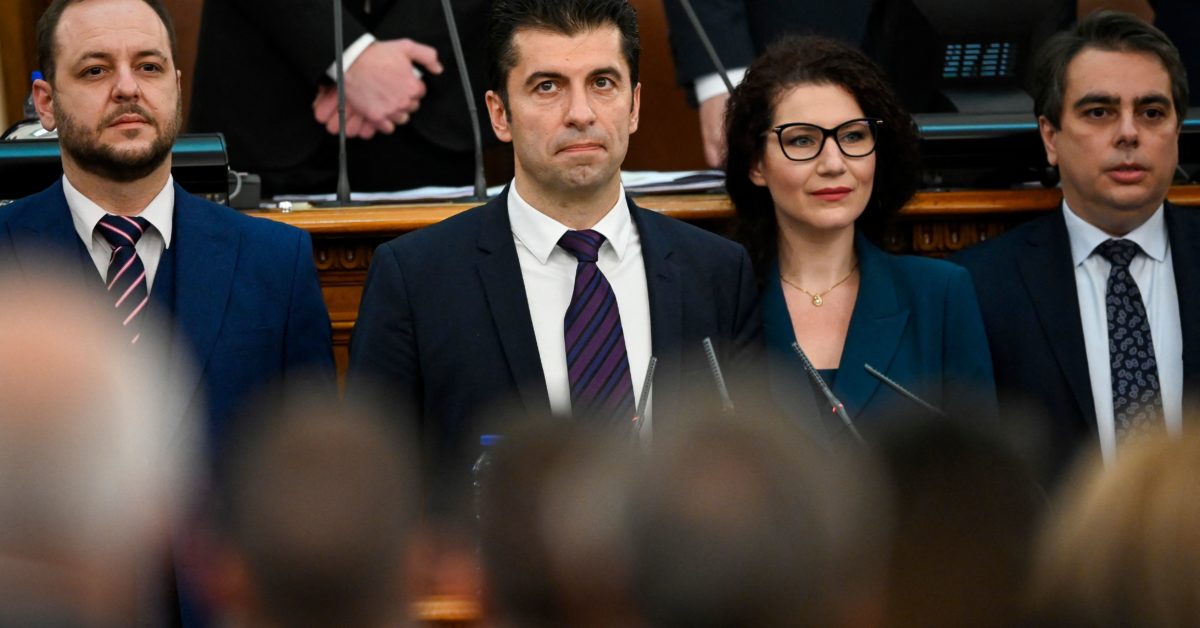 Tap play to listen to this article Kiril Petkov, the former entrepreneur, newly elected as Bulgaria’s prime minister, is focusing on his business acumen to tackle two of his country’s most difficult challenges: low vaccination rates and the stony relationship with neighboring northern Macedonia. Bulgaria has Europe’s lowest vaccination rate at just 32 percent. The … Read more