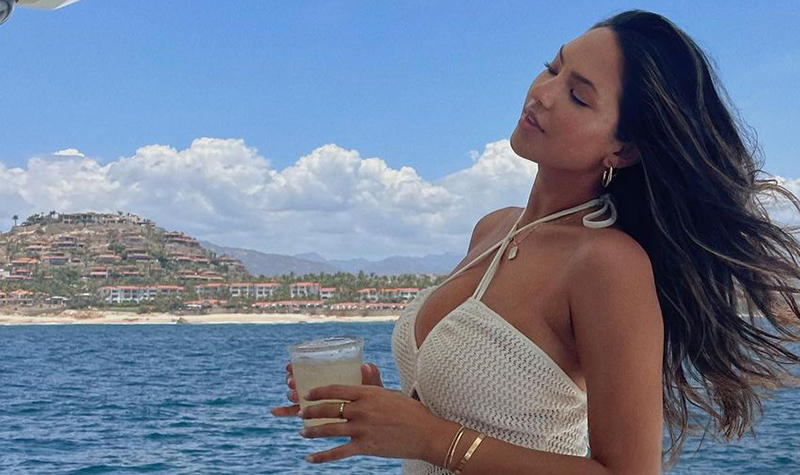 What a 2022 it has been for Christen Harper, the girlfriend/fiancée of Detroit Lions quarterback Jared Goff, who shone inside the 2022 Sports Illustrated swimsuit issue, dominated a Super Bowl party, and landed a huge diamond ring from the signal caller.

Harper, who was relatively unknown while Goff served as the Rams’ quarterback, now makes headlines by jumping on a boat with friends in Cabo to suck down margs and soak up sun before going back to cold and dreary Detroit until the Lions call it quits early January after Week 18.

Instead of boating the Detroit River, Harper was on a yacht with Instagram model Elizabeth Turner to celebrate her birthday by creating content.

“Best weekend of my life had to live forever in a reel(.) Wow I’m lucky,” Turner wrote on Instagram.

All the best to Ms. Turner, but this year belongs to Harper, who should’ve been on the cover of Woke Illustrated’s swimsuit issue, but that operation is so deep into the woke they cannot fathom showcasing a woman who is making all the right moves with her career.

It might’ve taken her a few years, but suddenly Harper understands the Internet and how to be a star.

• Show off the drink, prove that you party, but responsibly

• End your photo dump with a classy back of the yacht, wind in the hair shot while closing your eyes and trying not to think about early December in Detroit with the Lions at 2-13

Christen Harper is an absolute star. Now she just needs to figure out a way to keep it going as the NFL returns and she hops on that plane to Detroit. Next up: pumpkin patch season.