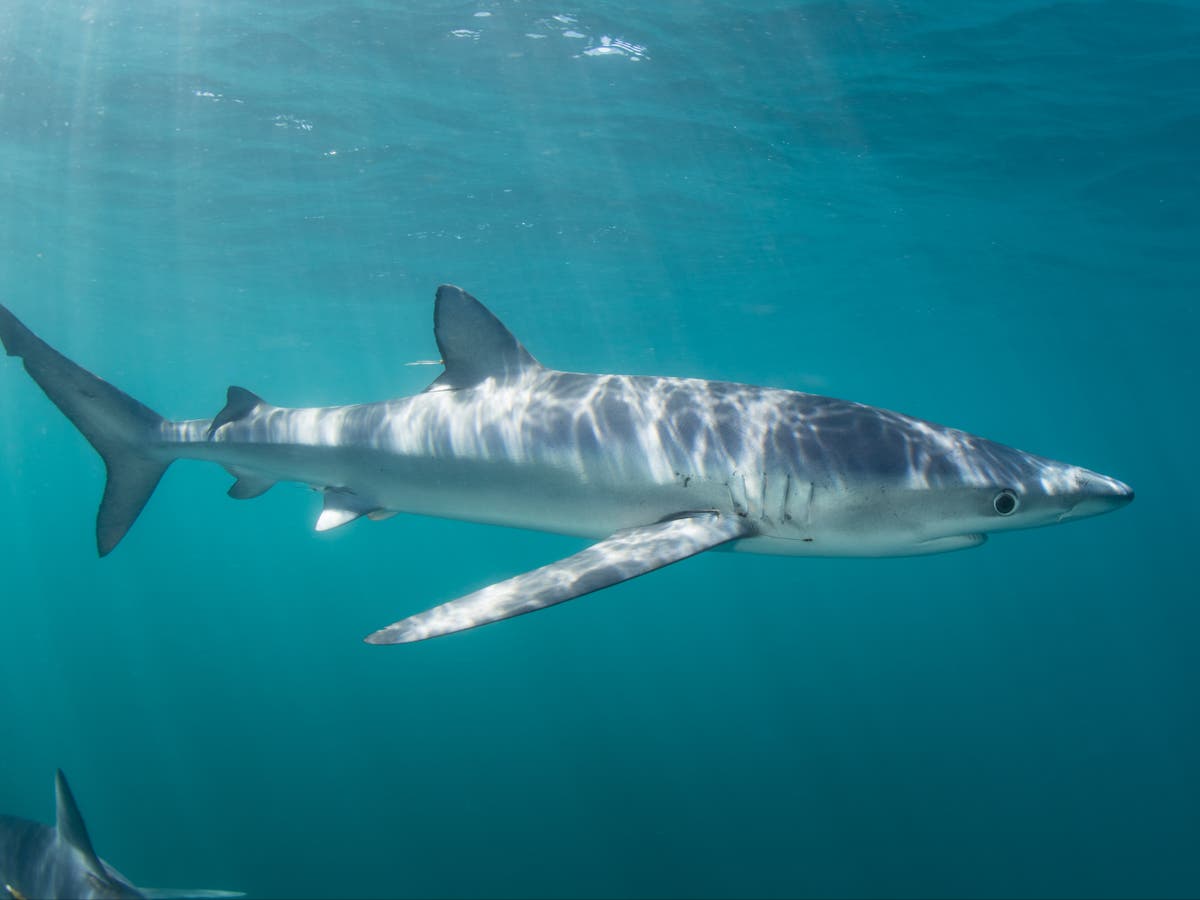 A swimmer has been bitten by a shark in an extremely rare attack off the British coast.

The victim, reportedly a woman, was snorkeling in water around Cornwall when the attack happened.

Authorities said they are believed to have suffered a leg injury from a suspected shark bite.

The incident took place last Thursday off the coast near Penzance.

Shark attacks are incredibly rare in the UK.

A victim was last injured by one in British waters in 2017, when a smooth-hound bit the finger of a surfer around South Devon.

Only a handful of other shark attacks are thought to have taken place in the UK since the 1800s, according to a database.

Over in Cornwall, several species visit the surrounding waters every year, including blue sharks, porbeagle sharks and basking sharks.

A HM Coastguard said it had sent the Penzance Coastguard Rescue Team to meet a snorkeler who had suffered a suspected shark bite towards the end of last month.

The spokesperson said: “It is believed the swimmer suffered a leg injury.”

They added: “The coastguard team met the casualty at Penzance harbor to assist with passing them into the care of the ambulance service.”

Local media reported the victim was a woman.

She had been on a snorkelling trip to see blue sharks – which visit the UK in summer months – when she was attacked, according to the Falmouth Packet.

Blue shark attacks on humans are extremely rare, but several fatal cases have been reported around the world.

The Shark Trust charity says there are only a few types of sharks that could be dangerous to humans and claims none have ever been reported in British waters.