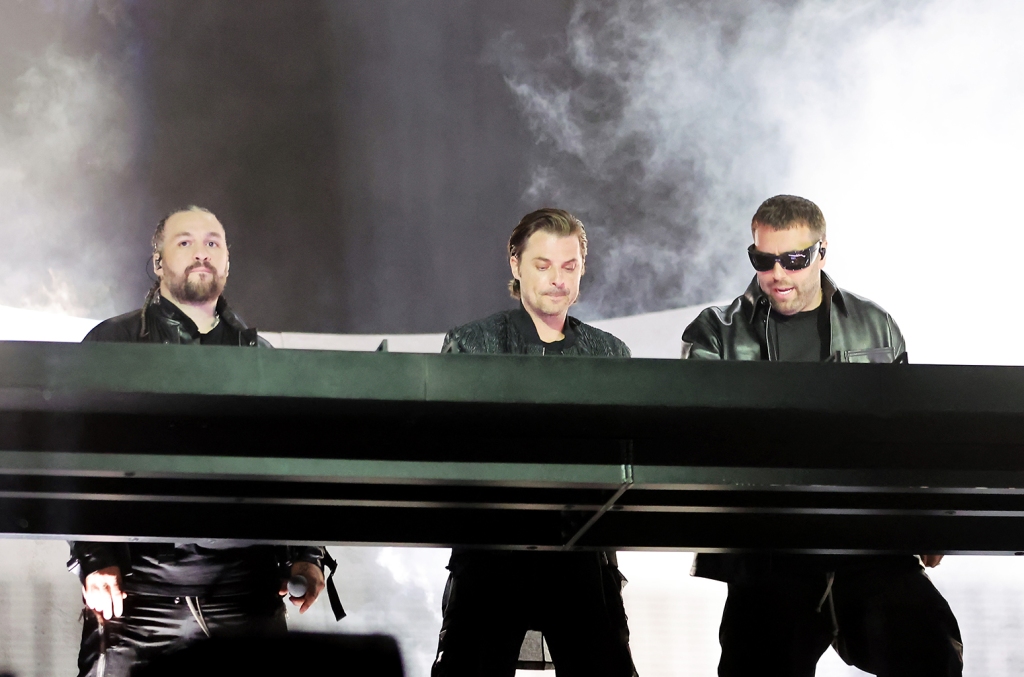 The newly canceled shows were to be held July 31 at the Amway Center in Orlando, Aug. 2 at Madison Square Garden in New York, Aug. 9 at TD Garden in Boston, Aug. 11 at Verizon Arena Washington DC and Aug. 17 in Detroit at Little Caesars Arena. In April the band canceled three shows on the tour Paradise Lost Tour – an Aug. 3 show at MetLife Stadium in East Rutherford, New Jersey, on Aug. 19 show at Xcel Energy Center in Minneapolis and an Aug. 30 shows at Footprint Center in Phoenix.

The tour’s 23 European dates — beginning Sept. 29 in Manchester, UK — are selling stronger and could help offset some of the cancellations in the US When the band announced in October that it was reuniting after a multi-year hiatus, few people knew what to expect. The electronic music world had significantly grown and changed since the group had played what many had thought would be their final show at Ultra Music Festival in 2013. The band’s manager is Sal Slaiby — whose management firm SAL&CO is a joint venture with Live Nation. Slaiby negotiated a headlining slot at Coachella to help launch the tour.

Under Slaiby’s management, Swedish House Mafia scored a major coup when, in October 2021, they were announced as performers for the AEG and Goldenvoice-owned 2022 Coachella music festival. Then, two weeks before Coachella was scheduled to open in Indio, California, after a two-year hiatus, headliner Kanye West announced he was dropping out of the festival. Days later, Swedish House Mafia were elevated to co-headliner status with SAL&CO’s most famous client, The Weeknd.

The band also participated in Live Nation’s $25 ticket Concert Week program and a promotion to giveaway tickets to members of Soulcycle, which company officials say are standard promotions.

But the success or failure of a tour like Paradise Again is difficult to predict — the trio had not toured the US in nearly a decade and there wasn’t much data publicly available to help gauge demand.

The band has stayed silent on the cancellations so far — the last tweet from the Swedish House Mafia Twitter page is from Wednesday and shows a picture taken from the band’s stage of its lighting rig with the text reading “We’re coming for you.”

Correction: In our original version of this story, Billboard reported that sales for the band’s shows in Los Angeles, Seattle, Vancouver and Dallas were at or below 50 percent. Live Nation has contacted Billboard to inform us that those numbers are inaccurate. A representative for Live Nation tells Billboard that the Los Angeles show is 60 percent sold and on track to be 90 percent sold. Live Nation representatives also informed Billboard that reporting that less than 250 tickets had been sold for the group’s Phoenix concert was not accurate. Billboard also removed a reference to Ron Lafitte’s involvement in the 2022 tour because it did not accurately describe his role booking the tour.