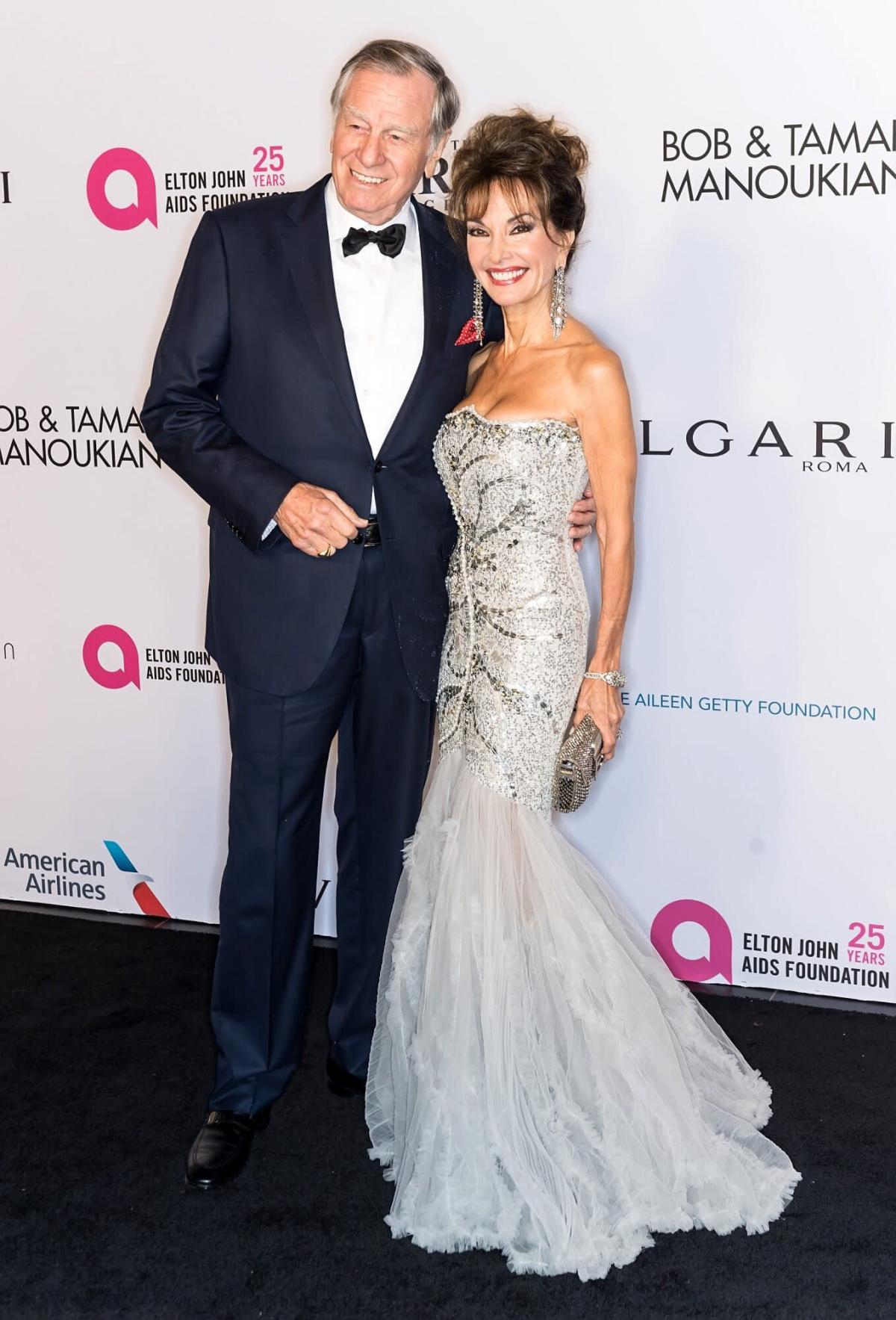 Susan Lucci’s husband, Helmut Huber, has died. He was 84.

“A family man, he was a loyal friend, and loved them deeply,” according to a representative of the family. “With a roaring sense of humor, larger-than-life personality, and a practical problem-solver, he lived his life to the fullest. Mr. Huber who formerly raced motorcycles in Austria was a first-rate skier, and avid golfer, belonging to the Garden City Golf Club and Westhampton Country Club. “

Huber is survived by the All My Children star, 75, and his two sons and two daughters as well as his brother, eight grandchildren and two great-grandchildren. In lieu of flowers, the family requests contributions are made to the American Stroke Association in support of stroke awareness and research.

“Helmut’s passing is a tremendous loss for all who knew and loved him. He was an extraordinary husband, father, grandfather, and friend,” a statement from Lucci’s publicist, Jessica Sciacchitano, said. “The family kindly asks for privacy during this incredibly difficult time.”

Born in October 1937, Huber became a citizen of the US in January 1994. He leaves behind a long and impressive career, which included being Lucci’s manager and the CEO of Pine Valley Productions.

Huber was what was an esteemed chef.

Previously, he had been asked to join the Austrian Ski Team but instead chose to complete his apprenticeship at the Hotel Maria Theresia. He eventually studied at L’Ecole Hoteliere in Lausanne, Switzerland as well, graduating at the top of his class.

Upon coming to North America at 21, Huber kick-started his career in Canada before making his way to New York at 23.

Though he spoke several languages ​​fluently, he improved his English by watching John Wayne and Humphrey Bogart movies.