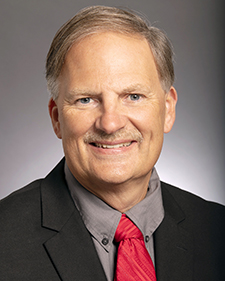 Minnesota Republican Sen. Gene Dornink will remain on the ballot in a hotly contested primary race in the Austin area.

The Minnesota Supreme Court on Friday dismissed a petition that claimed Dornink did not move to Senate District 23 in time to meet residency requirements after his district boundaries changed following the 2020 Census.

Glenville resident Judy Kay Olson had argued Dornink still lived in his Hayfield home while claiming to live in Brownsdale, and she cited as evidence observations and other research by an investigative expert who was recently the campaign manager for Dornink’s Republican opponent Lisa Hanson. Keith Haskell said he visited Dornink’s homes many times between early May and mid July, taking videos, chalking tires on cars to check for movement and observing.

But Dornink, first elected in 2020, argued the accusation was frivolous and without merit. In a legal filing, he said he had lived at his Brownsdale home since early May, enough time to qualify for the November general election and the primary on Tuesday. “My only overnight absences were as a result of legislative service,” said a declaration from Dornink sent to the court.

On Friday, Dornink said in a statement that he was “grateful the court dismissed this baseless case so quickly.”

“I will continue running a positive, issue-oriented campaign,” Dornink said. “I look forward to winning the Primary this Tuesday and the General Election in November.”

Dornink’s attorney and Minnesota Secretary of State Steve Simon contended Olson filed her petition after “unreasonable delay,” violating a doctrine that says people can’t wait too long before “asserting a known right” if it results in legal prejudice to someone responding to allegations . The initial filing was made last week, 65 days after Dornink filed for office, 35 days after early voting for the primary had begun and 12 days before the Tuesday primary.

The court agreed with that argument, saying some delay in filing a petition can be excused because a petitioner needs time to collect evidence in order to challenge a candidate’s residency. “The record here, however, indicates that Olson did not act expeditiously or diligently in conducting her investigation,” says an order signed by Chief Justice Lorie Gildea.

For instance, Olson’s associates visited Dornink’s home in Brownsdale twice within four days of the candidate filing for office. But they waited 18 days to visit again. And then after visiting on June 15 and 16, waited another month to make a final visit.

“Because there were long periods in which Olson and her associates did nothing to investigate, the delay in conducting the investigation was unreasonable,” Gildea wrote.

Removing Dornink from the ballot this close to the election would result in “substantial prejudice” against the candidate, Gildea said. Hanson is one of several Republicans challenging sitting lawmakers from the political right, and is known for being jailed after defying Gov. Tim Walz’s COVID-19 restrictions at her restaurant in Albert Lea.