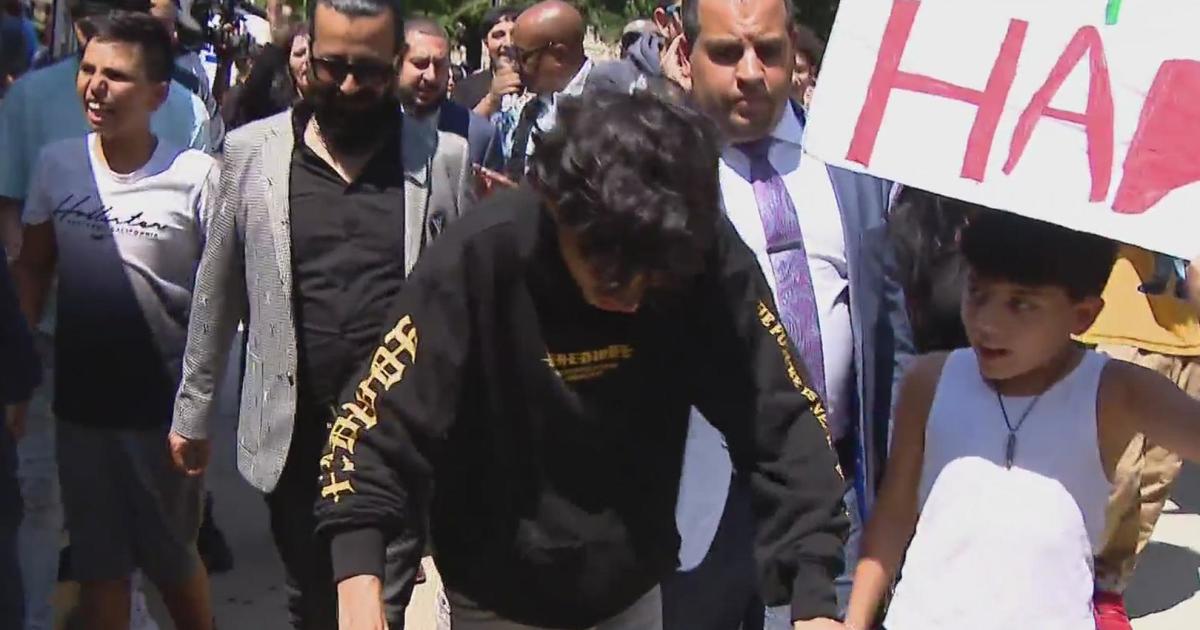 OAK LAWN, Ill. (CBS) – Supporters of a teen beaten by Oak Lawn police are gathering outside the department — calling for the firing of the officers involved.

Activists including the Arab American Action Network are also in attendance.

The incident happened after a traffic stop. Video from police shows Abuatelah ran away before officers tackled him.

Police say they found a loaded gun in his bag.

The teen spent almost a week in the hospital.