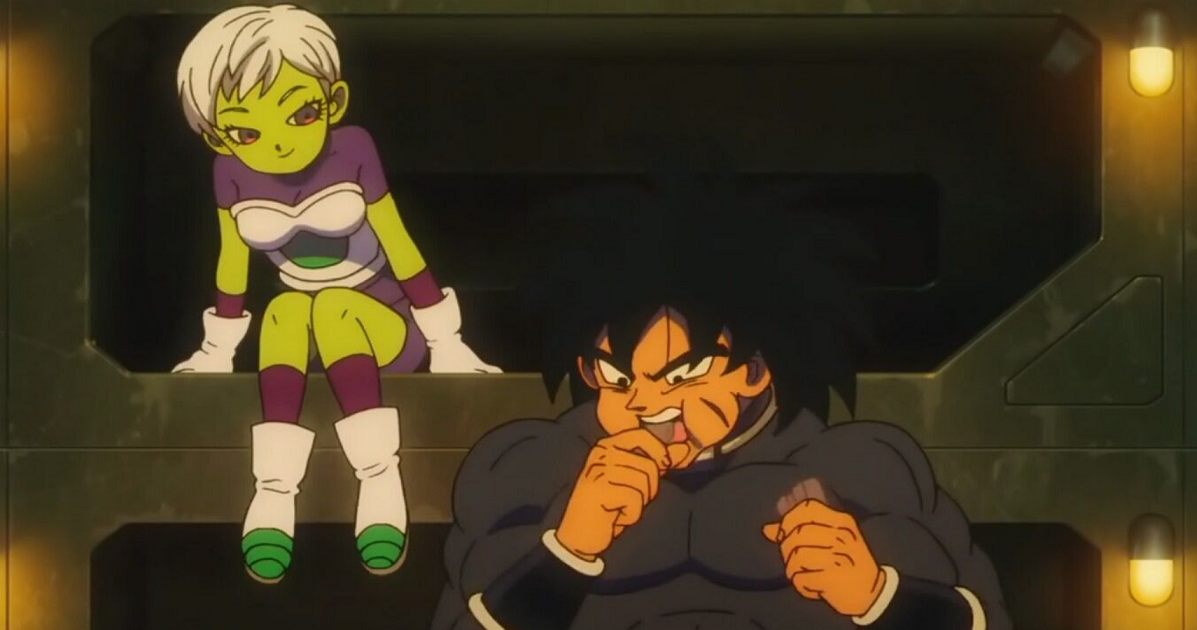 Broly might have first appeared in a very different way during the Dragon Ball Z series, but Dragon Ball Super introduced the Legendary Super Saiyan with a greatly different origin story and aesthetic to go with it. With the next film in the franchise promising to bring back Broly as, apparently, a training partner to Goku and Vegeta, Dragon Ball Super: Super Hero has given fans a brand new look at both Broly and his current best friend Cheelai.

The end of the previous Dragon Ball Super movie saw Goku and Broly seemingly burying the hatchet, with the Legendary Super Saiyan being transported back to the planet he called home throughout his childhood. Joined by both Cheelai and Lemo of the Frieza Force, it seems that Broly has gone from a destructive juggernaut into a much more calm and collected brawler. As we’ve seen from promotional material, it seems that Broly will be fighting against Goku, most likely training alongside both him and Vegeta on the planet on which Beerus and Whis reside. It will be interesting to see if Broly is sporting any new techniques or transformations from the previous movie, to say the least.

Twitter Outlet DBS Chronicles shared the new marketing material from the upcoming film which sees most of the cast assembled and gives fans awaiting the Dragon Ball Super movie a new take on Broly and Cheelia, whose roles in the movie remain a mystery as the fight against the reincarnated Red Ribbon approaches:

[AnimeJapan2022]#DragonBallSuperSuperHero All Movie Characters, but with some differences:

Super Hero was originally slated to arrive in theaters in Japan next month, April, but unfortunately has been one of the many anime victims of a recent hacking attack inflicted upon Toei Animation, along with other franchises such as One Piece, Digimon, and many others seeing delays of their own as a result. The movie was also slated to hit theaters in North America this summer, though there has not been word as to whether or not the Western release has also been delayed. With the movie set to focus more on Gohan and Piccolo this time around, plenty of fans are looking forward to the next chapter of the Shonen franchise.

What roles do you think Broly and Cheelai will play in the upcoming movie? Feel free to let us know in the comments or hit me up directly on Twitter @EVComedy to talk all things comics, anime, and the world of Dragon Ball.