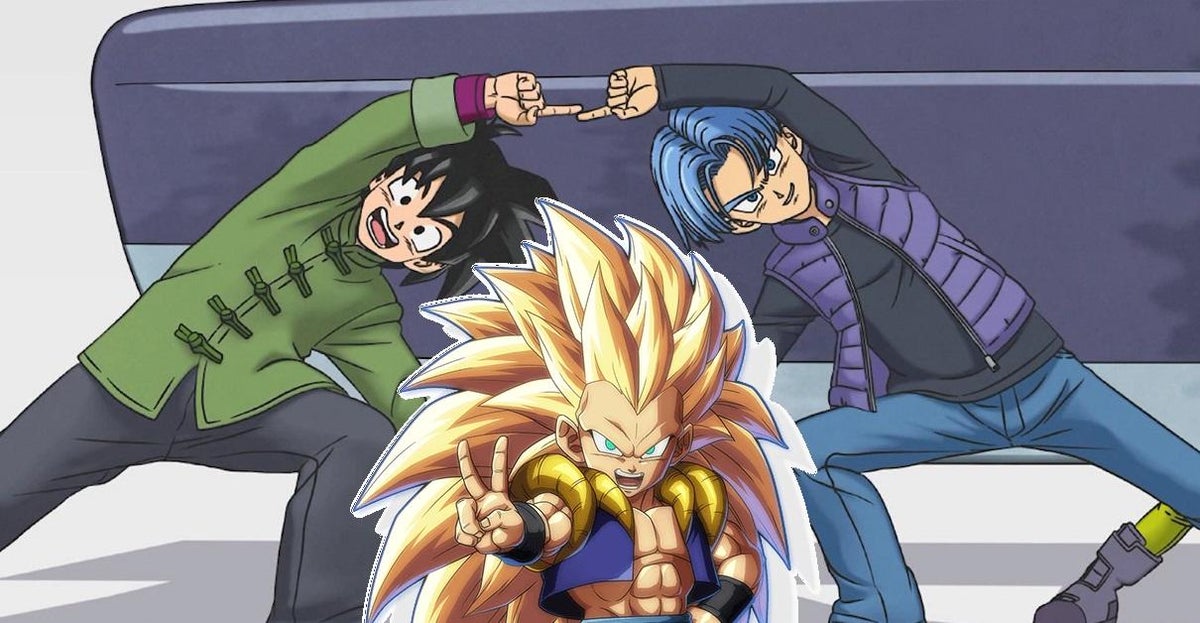 Dragon Ball Super: Super Hero threw fans for a loop when it revealed that not only would Goten and Trunks have a role to play in the upcoming film, but that they would also be aged up from the young kids we once knew them as throughout Dragon Ball Z and Dragon Ball Super. Taking place a few years into the future, new images of marketing material from the film not only confirms that Gotenks is in the film but that we are set to see one of the most hilarious versions of the fused character to date.

With the new images from the movie, that has been indefinitely delayed as a result of the recent hacking of Toei Animation, it seems that Goten and Trunks aren’t able to pull off a successful fusion in the face of the return of the Red Ribbon Army. Unlike the Potarra Earrings which are easily able to create a fusion by simply attaching a set of earrings on two different characters, the Fusion Dance requires the participants to pull off a perfect dance in order to combine the powers of two beings. As we’ve seen in the past, a Fusion Dance that is performed improperly will result in a being that is far less powerful than expected and may be quite overweight or extremely skinny as a result. With this new image, it seems that a chunky Gotenks is set to appear in the film.

Twitter Outlet DBS Chronicles shared the first look at Gotenks from the upcoming film, which is not just an older version of the fused character, but also a hilarious fusion that clearly is a result of Goten and Trunks unable to successfully pull off the dance as they had done numerous times in the past:

The upcoming movie most likely will not have any other fusion characters involved as far as we know, especially considering that Goku and Vegeta are training off-world and aren’t set to battle the Red Ribbon from any of the footage released so far. With fans debating whether or not the movie might see a stealth resurrection of the Dragon Ball Z villain Cell, Gotenks is sure to have plenty of challenges to overcome regardless.

What do you think of Gotenks’ new look? Feel free to let us know in the comments or hit me up directly on Twitter @EVComedy to talk all things comics, anime, and the world of Dragon Ball.