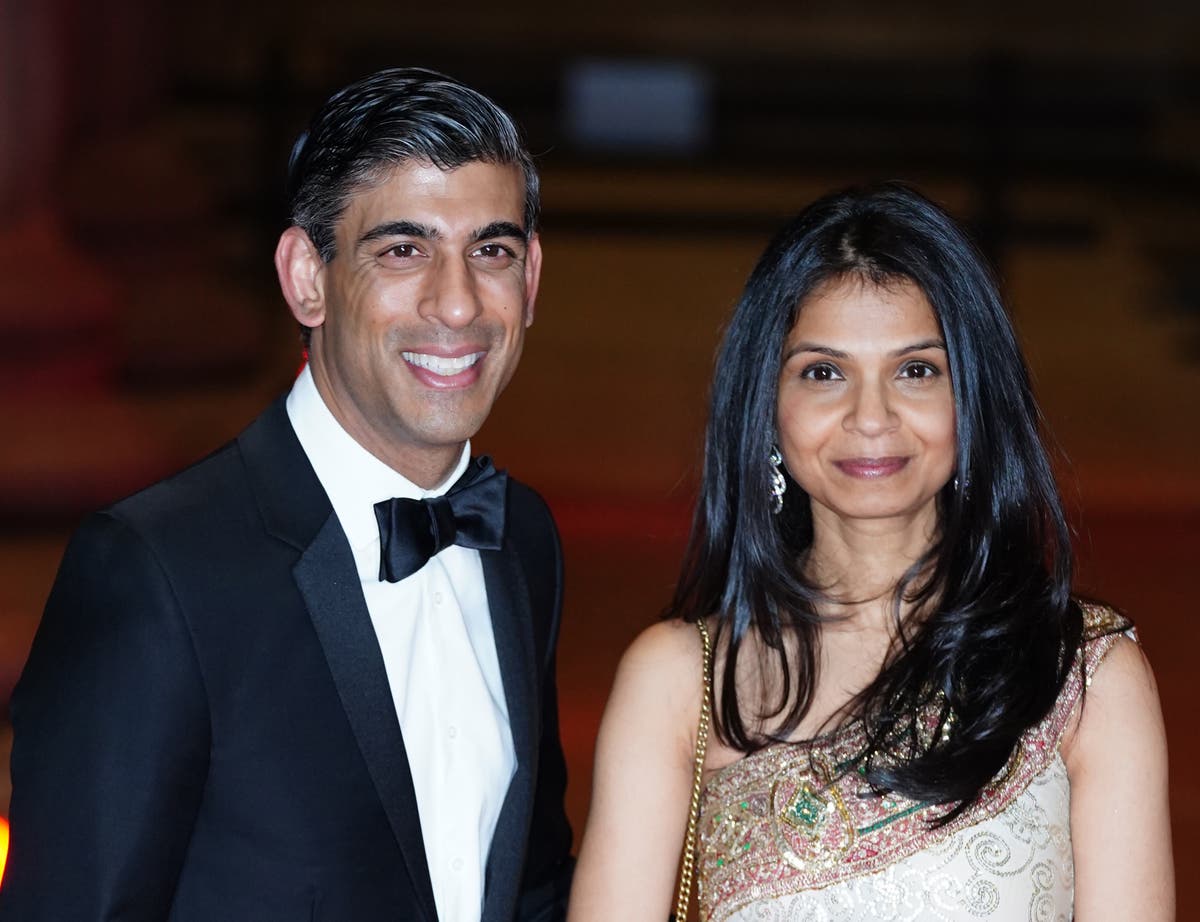 No chancellor of the exchequer, or indeed member of a British cabinet, has had a spouse quite as wealthy as Akshata Murthy – probably since the Edwardian era, when vastly rich landed aristocrats and industrialists tended to populate the ranks of government.

Rishi Sunak’s wife is worth about £ 430m and is the daughter of a prominent Indian businessman and billionaire, NR Narayana Murthy. Through her father and through her own activities, Ms Murthy has interests in everything from a gym business and an upmarket tailor (New & Lingwood) to tech giant Infosys. Ms Murthy and her husband have four expensive homes between them. Mr Sunak’s possessions include a £ 180 hi-tech coffee mug, and yet it would appear he is unused to using a contactless payment card.

Ms Murthy is richer than the Queen, indeed – and there’s nothing wrong with that. But politically it makes things trickier for her ambitious husband, because with great riches come big questions – from Jayne Secker on Sky News, for example, who left the chancellor flustered when she asked him about the family interest in Infosys, a company still operating in Russia despite economic sanctions.