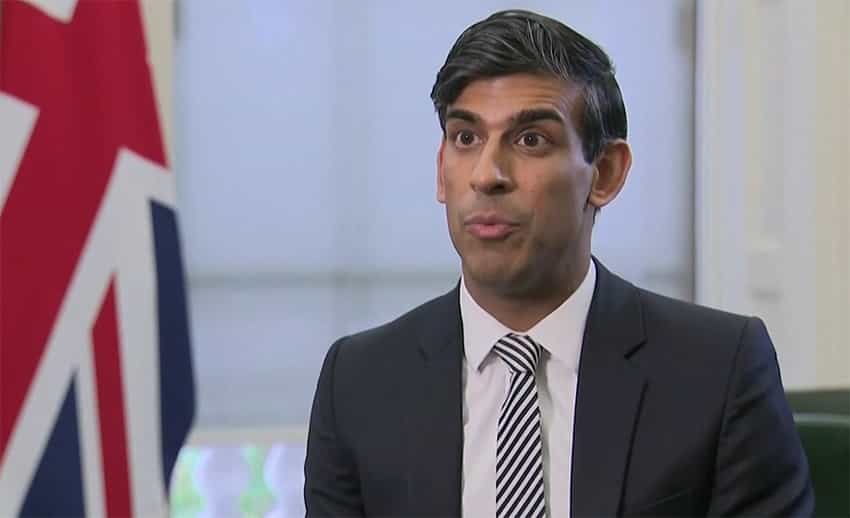 Rishi Sunak is facing growing pressure over alleged “conflicts of interest” related to his past US residency and his wife’s tax affairs.

Sky News has been told that the chancellor and his wife held US green cards – permitting him residence in the country – until more than a year into his time at 11 Downing Street.

Green card holders must pay US tax on their worldwide income and pledge that the US is their forever home.

A source close to Mr Sunak said neither he nor his wife have green cards, but refused to say if they had them during any of his time as chancellor.

Labor and the Liberal Democrats urged him to come clean.

Lib Dem leader Sir Ed Davey said: “How could the man responsible for UK tax policy regard any permanent residency status for the United States as acceptable?

“This would be a huge conflict of interest – and a serious breach of the ministerial code.

“Rishi Sunak must come clean about his own financial arrangements and whether he has ever held a green card.

“If he will not, then we need an independent investigation to get to the bottom of this.”

Read more: Sunak says his wife is being smeared and has done nothing wrong

Labor’s shadow chief secretary to the Treasury Pat McFadden said there “must be transparency on this issue of the green card” and that “it should come today”.

The issue adds to the intensifying spotlight on Mr Sunak’s household arrangements after it was revealed this week that his multi-millionaire wife had “non-dom” status, reducing her tax bill.

Pressure has been building on the chancellor since a poorly-received spring statement last month that critics said did too little to address the cost of living crisis – and polls suggest his popularity is plummeting among voters.

Then came a revelation about his £ 100,000 donation to his old boarding school, Winchester, adding to the focus on his personal wealth and that of his multi-millionaire wife Akshata Murty.

Having non-dom status enables Ms Murty, the Indian-born daughter of a billionaire tech boss, to reduce her tax liability – and means her permanent home is considered to be outside the UK despite the Sunaks living in Downing Street.

Ms Murty, who owns a 0.9% stake worth hundreds of millions of pounds in her father’s company Infosys, pays an annual levy of £ 30,000 to the UK government to keep her non-dom status, her spokeswoman has confirmed.

Labor’s shadow attorney general Emily Thornberry said Mr Sunak should not be involved in any decision on reforming “non-dom” tax rules given the “clear conflict of interest” presented by his wife’s status.

Mr Sunak has bristled over scrutiny of his wife’s tax affairs, telling the Sun newspaper in an interview that: “To smear my wife to get at me is awful.”

The chancellor won support in some quarters, with energy minister Greg Hands telling LBC that the attention on Ms Murty was “a little bit unpleasant”.

Tobias Ellwood, a senior Tory backbencher who has been critical of the prime minister recently, also called for the focus to shift away from the chancellor’s wife but did tell Sky News that the rules on non-dom status were “out of date” and needed to be reviewed.

‘It does seem a bit odd – she’s been here eight years, she’s got kids, she’s living in a taxpayers’ flat’

Ms Thornberry said: “There is a clear conflict of interest here because the chancellor of the exchequer is responsible for the rules on non-doms.

“He has a wife who made a positive decision to become a non-dom, which meant that she does not pay tax on her worldwide income but only on her income in the UK.

“If you look at the details, it does seem a bit odd sometimes – she’s been here eight years, she’s got kids, she’s living in Downing Street in a taxpayers’ flat, but she’s not here as a permanent resident. It does seem odd.

“It may be that they may have had discussions in the Treasury about updating these rules, making sure they’re more relevant.

“Would he have been involved in those discussions? He should not have been and he should have declared that he had a conflict of interest. ”

Mr Sunak told the Sun his wife had done nothing wrong or broken any rules but had followed the letter of the law.

“Every single penny that she earns in the UK she pays UK taxes on, of course she does,” he said.

“And every penny that she earns internationally, for example in India, she would pay the full taxes on that.

“That is how the system works for people like her who are international who have moved here.”