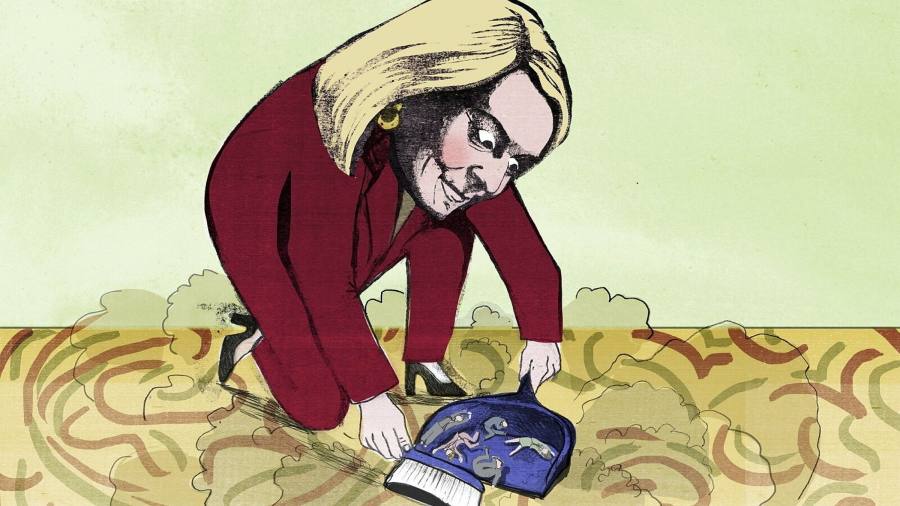 We have reached the stage in the Conservative leadership contest where, with everyone confident Liz Truss will defeat Rishi Sunak, handy advice is being dispensed among the political class.

First came the warnings “not to underestimate Liz Truss”. Well, of course. You will not get close to Number 10 without guile, talent, determination and political stamina. While we should not misjudge Truss, nor should anyone underestimate the scale of the challenges she faces — many of them driven by factors beyond her control. The next prime minister will have no money, an energy price shock, high inflation, rising interest rates, a tax-cutting agenda and struggling public services.

A more accurate way to phrase the argument is that we should not overestimate Labour. Keir Starmer has yet to show the strategic clarity needed to seal the deal with voters. This remains the new premier’s main hope.

It leads to the second wise saw. After an internecine leadership contest, runs the argument, Truss must move to unify her party. This means trimming on the pledges made to rightwingers and making room in her cabinet for people who did not support her, her defeated rival, his allies and moderate Conservatives.

This is a terrible idea. While Truss should not seek disharmony, she cannot buy unity. And what purpose is served by putting Sunak in her cabinet? He disagrees with her economic strategy and were he to take a job it would only be because he sees another shot at the leadership in two years’ time. Truss must look beyond her own camp but her ministers must commit to her policies.

This is not an argument against pragmatism. But the skittish and rebellious Tory party does not respect weakness or token efforts to find consensus. Johnson’s dishonesty was his undoing but his underlying flaw was making unforced errors and constant U-turns which led MPs to doubt his ability to lead. The odd retreat is sensible but you cannot give the impression that you can be pushed around.

Parties are united only by clear leadership and electoral momentum, the first is the midwife to the second. The most effective recent leaders did not pander to defeated rivals or ideas. Thatcher, Blair and initially Johnson succeeded by setting a course and pursuing it. Ministers had to sign up to the strategic goals. Critics were purged as soon as practical.

The prospect of success at election time is all that will unify the Tories. And since the economic situation is deteriorating, Truss’s only hope is that MPs see voters responding to what looks like effective government. This demands calculated boldness.

Of course it also requires her policies to be the right ones and there are strong reasons for doubt about both her economic strategy and hard line on Brexit. But she will not be better off for being tremulously wrong. You do not smash the prevailing economic orthodoxy — as Truss insists is necessary — by being half-hearted.

This does not remove the need for competent leadership in major departments. There is nothing, for example, to suggest that Suella Braverman, the attorney-general, is ready to run the Home Office, a job for which she is widely tipped. Braverman played a key role in delivering the right for Truss and has to be rewarded but she has never run a serious ministry and the Home Office is one of the most demanding and politically dangerous wings of government. Loyalty matters but strong leaders need effective ministers.

Truss is, in any case, a prisoner of the campaign she fought. Having made mainstream thinking her avowed enemy she has little room to revert. There is no choice but to double-down on her core beliefs; that Brexit offers economic opportunities; that lower taxes will rapidly deliver growth; that the size of the state can be reduced.

This is not an argument for being stubborn. Truss should remember that Thatcher matched her conviction with calculated caution. One early test will be her own legislation as foreign secretary giving the UK unilateral powers to tear up large parts of the Northern Ireland protocol. She dare not resile from this but, given the trade risks of a new Brexit confrontation, she could hold off using those powers.

The one area where she must move swiftly and dramatically is on a significant package of support for household energy bills, aimed at the least well off. Since this nettle has to be grasped she may as well be immediately bold. Misjudgment here will doom either prime minister.

Voters recognize that the pandemic and Ukraine crisis have derailed the government. Truss does not have long enough to change the fundamentals of her unwelcome inheritance but, against unconvincing opposition, someone who projects confidence may persuade voters that she should be given more time to complete the task.

But the next prime minister has few happy options. Even before one considers whether her ideas are viable, the economic problems may simply be too overwhelming for any leader.

But given her argument that Britain is sinking in a mire of unmet challenges and economic orthodoxy, the best and only hope for the next Tory leader is to drive forward her plans with total conviction. There is no room for compromise in the name of an illusory party unity. It may not be enough but, as they say in poker, she is all in.