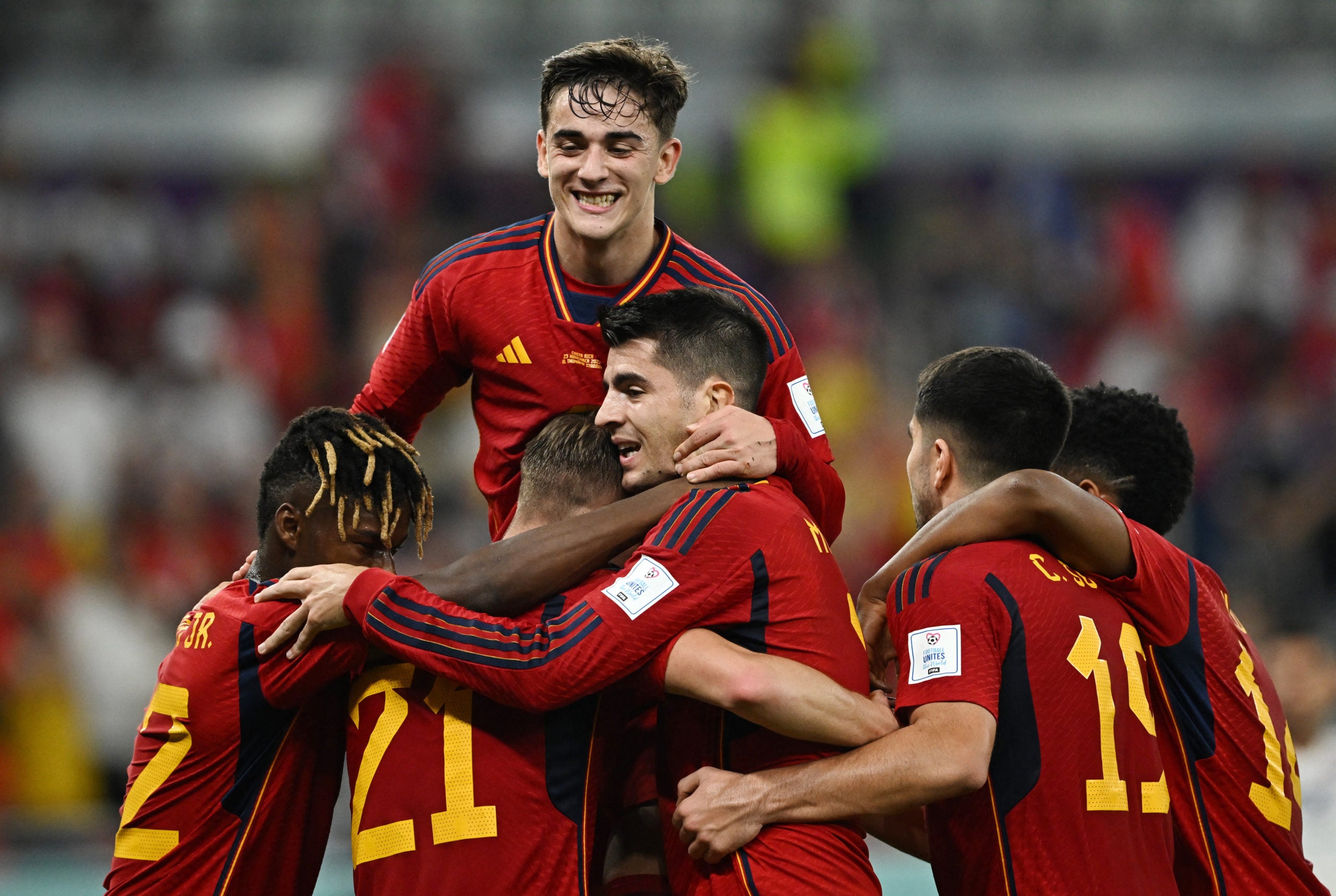 DOHA-Former champion Spain got its World Cup off to a pulsating start with a record 7-0 rout of Costa Rica on Wednesday as a Ferran Torres brace and a sumptuous strike from Gavi sent them past the 100-goal mark in soccer’s showpiece event.

The European giants put their stamp on a Group E stunned by Japan‘s 2-1 victory over Germany, with Spain relentlessly on the attack against a shambolic Costa Rican side who gave Luis Enrique’s team time and space to carve out chance after chance.

It was a night of records at Doha’s iconic Al Thumama Stadium for a Spain side who have struggled at World Cups since winning the title in 2010, with Barcelona 18-year-old Gavi becoming the country’s youngest World Cup player, and the youngest to score since Brazil great Pele in 1958.

Although Costa Rica’s clumsy defending may have flattered Spain, La Furia Roja were seamless in their attacks, with Pedri the enabler at the heart of seemingly every move in a game where Dani Olmo, Gavi and Marco Asensio and Torres all dazzled.

They each found the net as Spain joined the 100 club of World Cup goals, and late strikes from Carlos Soler and Alvaro Morata sealed their biggest victory margin in a World Cup finals match.

“I don’t think it was Costa Rica being bad, I think the win was our merit. We deserved to win, taking the game to them,” Olmo said.

“Our team is strong and that is the path we need to follow. It was a boost of motivation, for sure.”

Spain was in control from the first kick, with Costa Rica dizzied by their early onslaught and unable to find any rhythm.

Spain could have gone ahead twice from chances to Olmo and Asensio, with Pedri the provider.

They went ahead 11 minutes in when man of the match Gavi put the ball into the path of Olmo, who turned and deftly lifted it over advancing keeper Keylor Navas.

Spain got a second on 21 minutes when Jordi Alba’s neat pass across the box found Asensio who fired low past Navas.

Spain was awarded a penalty around the half-hour mark when Alba was brought down, with Torres running full-pelt towards the spot before pausing to coolly stroke the ball down the middle.

Costa Rica returned from the break all at sea and failed to record a single attempt on goal in the match.

Torres gave Spain a fourth and on 53 minutes, finding Gavi on the right, who gave it back to his Barcelona teammate to turn and fire home his second.

Gavi found the net himself 16 minutes from time with a superb running volley with the outside of his foot that clipped in off the post before Soler and Morata completed the demolition with goals in the dying minutes.

Gavi said he was thrilled to become Spain’s youngest World Cup player and score a goal at a similar age as Pele.

“I didn’t know, I’m really proud of that, to be on that list, I’m really happy” he said. “Today we all had a great game.”

Costa Rica, the last team to reach the World Cup via an intercontinental playoff, could struggle to win any points in their last two games against Japan and Germany.

Defender Kendall Waston said the team would need to come together and fight back.

“We feel hurt and ashamed, it’s a result that nobody wants to experience, to lose 7-0 in a World Cup,” he said.

His coach Luis Fernando Suarez said his team was outplayed by a far superior side.

“They kept the ball throughout the match. We did the exact opposite, we didn’t have possession, we didn’t really attack,” he said. “They played an amazing game and we didn’t.”